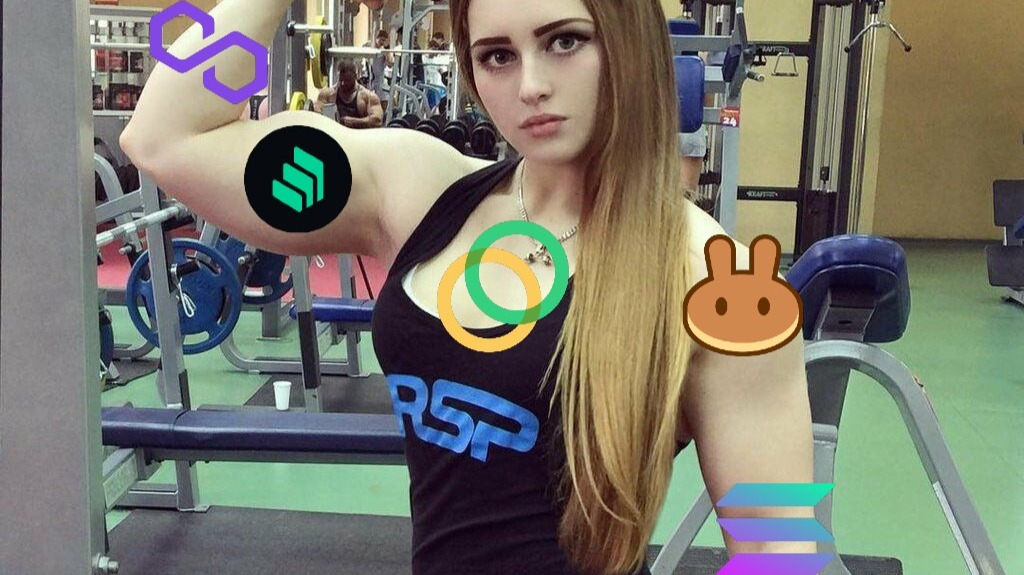 Please note, that these are projects in the top 100 marketcaps, there are others who have smaller marketcaps that also grew in value. During the week of April 19th to April 26th, these were the biggest altcoin gainers:

SOL has been increasing rapidly since April 18, when it had reached a low of $21.10. The move culminated with an all-time high price of $48.64, reached on April 25. This amounted to an increase of 132% relative to the previous low.

Despite the massive increase, technical indicators have begun to show weakness. The RSI has generated a bearish divergence inside the overbought territory. The Stochastic oscillator has made a bearish cross and the current high has been made right at the 4.618 external Fib retracement of the previous drop, a potential reversal area. 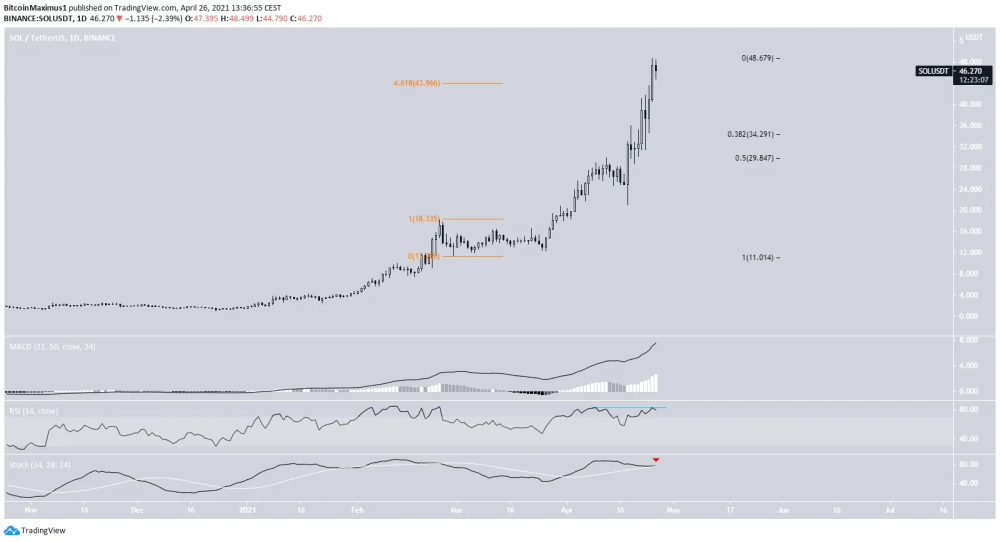 CAKE has been increasing since breaking out from and validating the $20.50 area as support on April 18.

On April 26, the CAKE reached a new all-time high price of $34.88. This was made right at the short-term 1.61 external Fib retracement.

Technical indicators support the possibility of a continued increase, as evidenced by the RSI cross above 70. 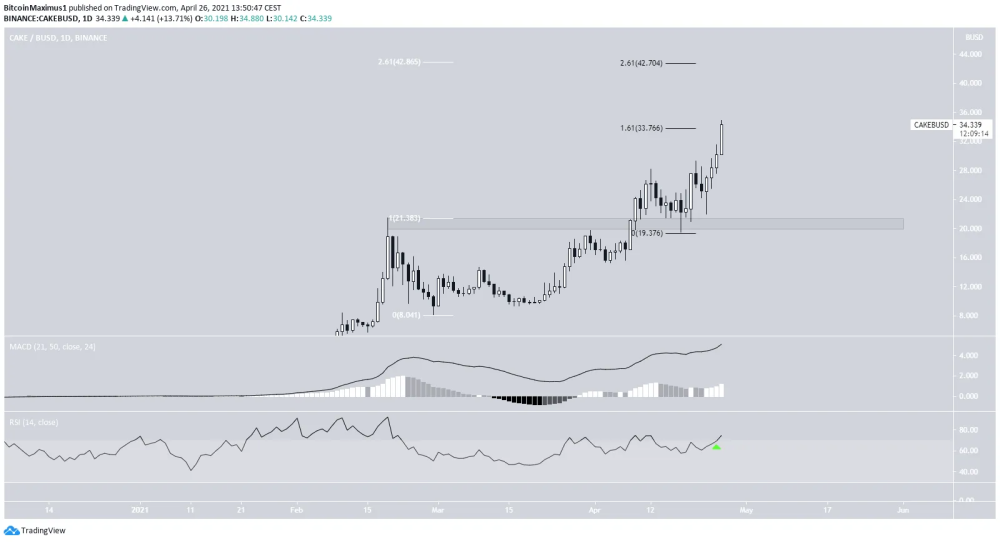 MATIC had been following a descending resistance line since March 11, when it reached an all-time high price of $0.543.

After that, it began to follow a descending resistance line. MATIC successfully broke out from this line on April 26 and so far has reached a high of $0.538. This has created a potential double top pattern, even though technical indicators are bullish.

If MATIC drops, the closest support area would be found at $0.42. 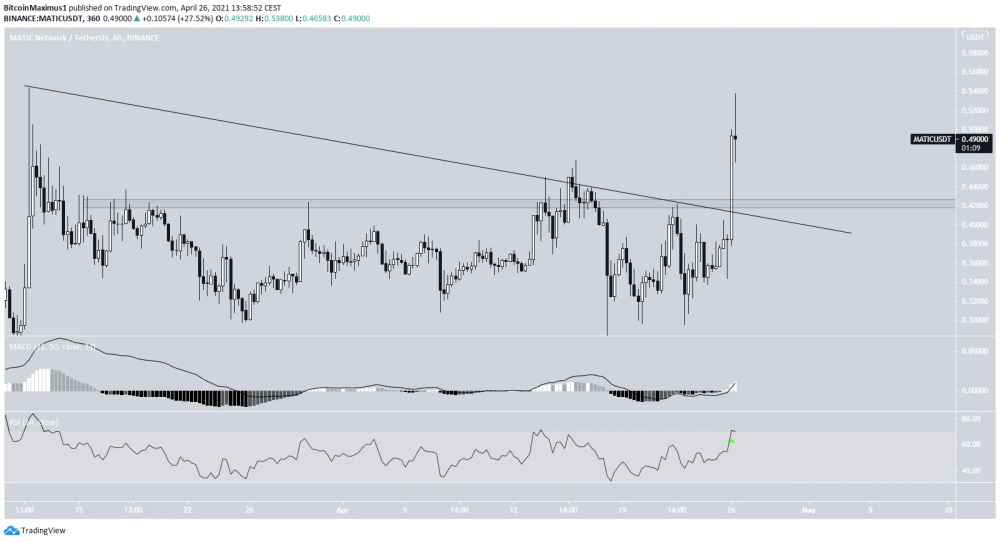 On April 24, CELO managed to break out above the $5.45 resistance area. It validated this level as support the next day and has been increasing since.

As long as CELO is trading above this level, the trend is considered bullish. The next closest resistance area is found at $8.65. 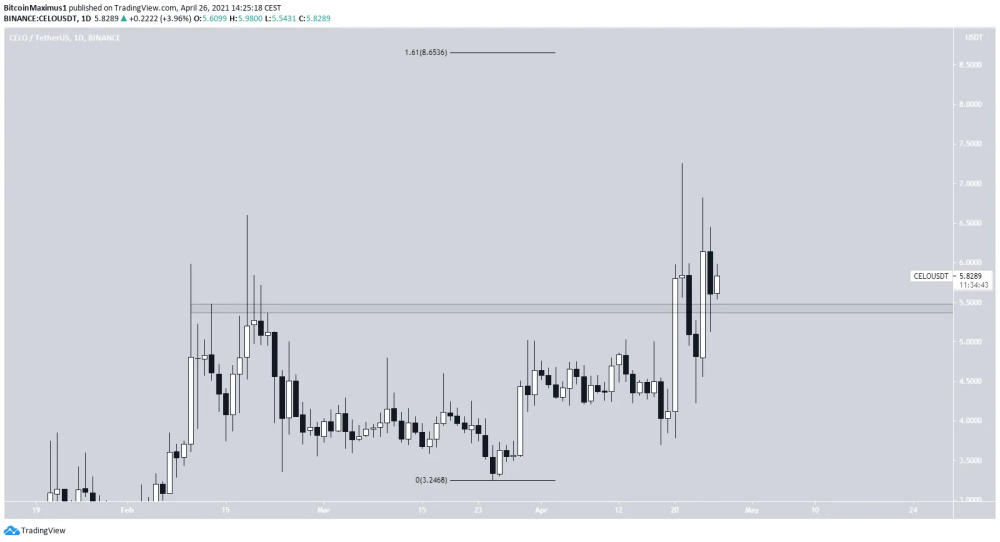 COMP had been struggling to move above the $545 resistance area since the beginning of February. It finally managed to do so on April 23, reaching a new all-time high price in the process.

After decreasing and validating the level as support, COMP began another upward movement.

Technical indicators support the continuation of this movement. 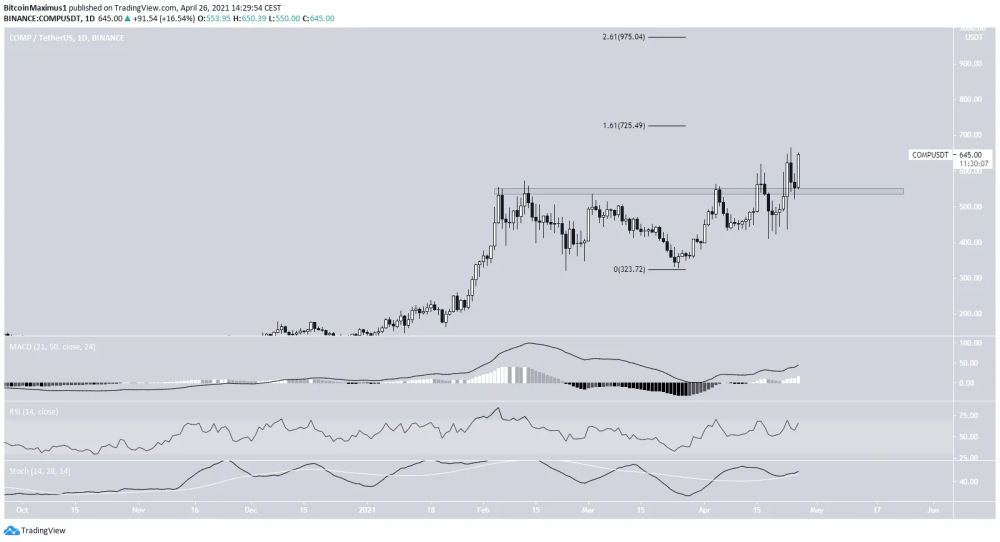