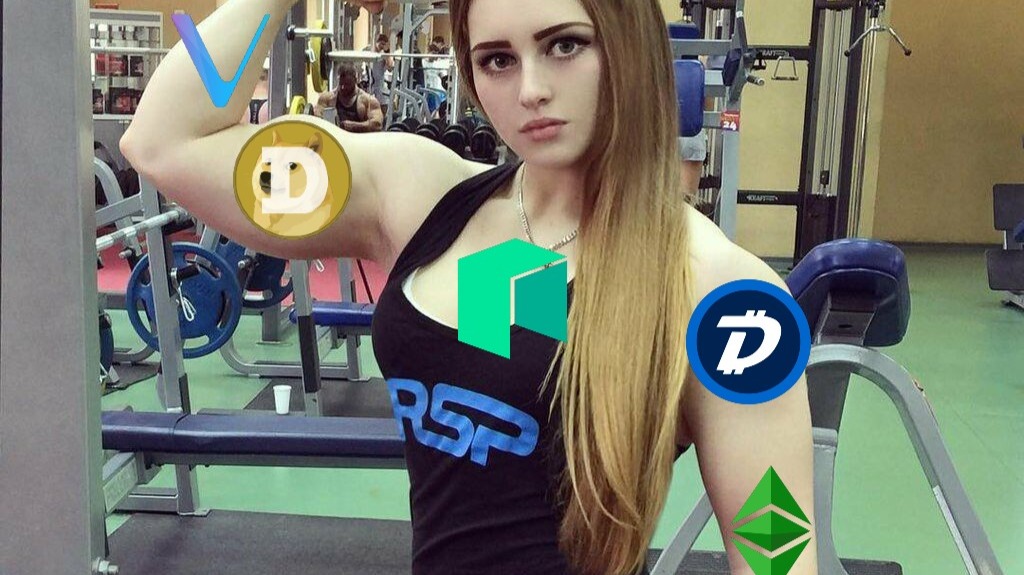 Please note, that these are projects in the top 100 marketcaps, there are others who have smaller marketcaps that also grew in value. During the week of April 12th to April 19th, these were the biggest altcoin gainers:

After a considerable drop, DOGE has begun another upward movement.

Currently, it’s trading inside the $0.28 resistance area, potentially creating a double-top pattern. There are also bearish divergences in place.

Whether DOGE breaks out or gets rejected from this area will likely determine the direction of the future trend. A breakout could take it towards the next resistance at $0.583. 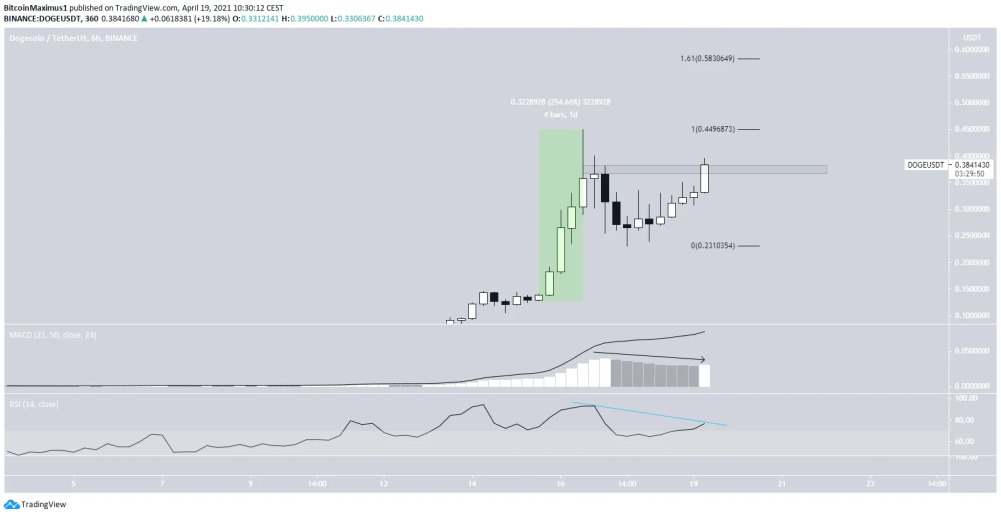 The high was made right at the 0.618 Fib retracement level of the entire downward movement measuring from the all-time high price. There is resistance is at $130.

It currently appears to be creating a doji candlestick, which could eventually develop into a shooting star.

If it breaks out, the next resistance area would be found at the all-time high price of $207. 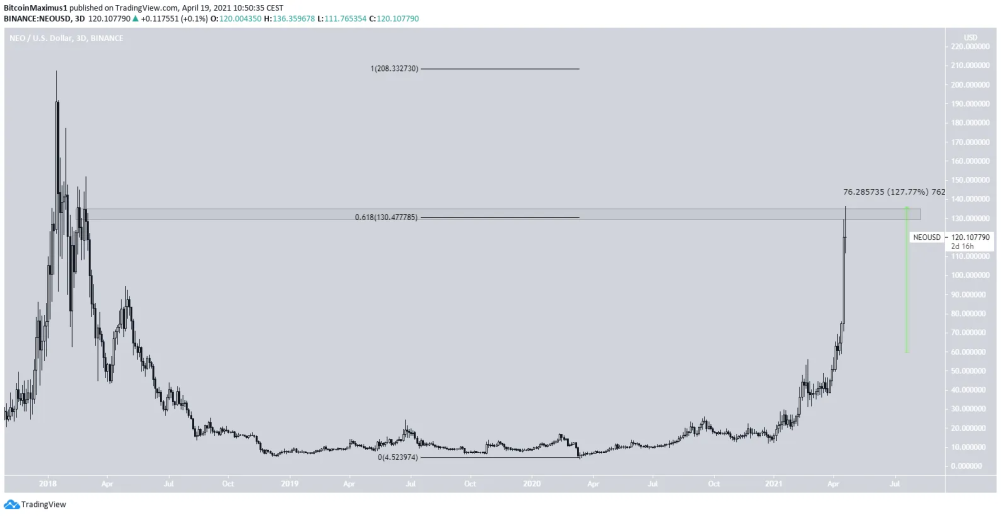 This created a shooting star candlestick, but VET followed it up with another bullish candlestick.

Similar to DOGE, the increase for VET is completely parabolic. 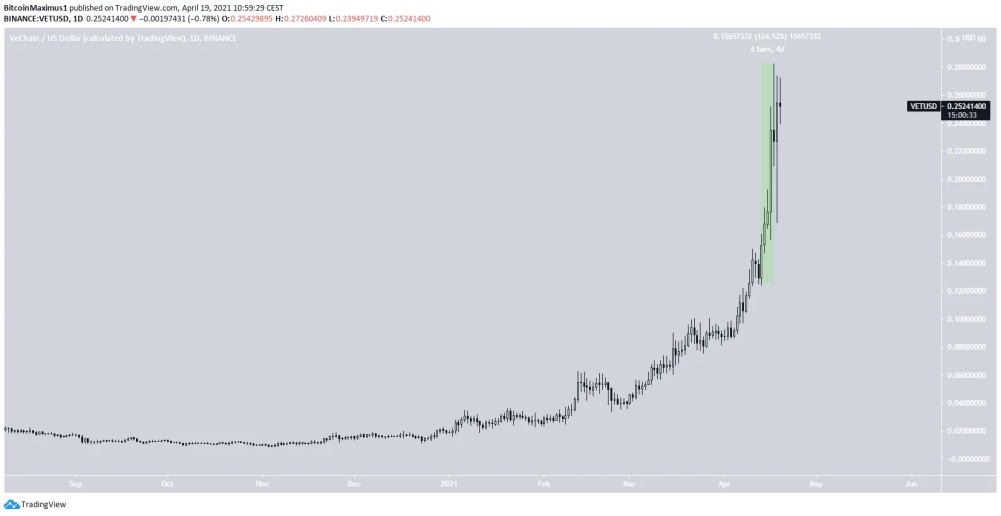 ETC has been increasing considerably over the past three weeks. On April 17, it reached an all-time high price of $49.09.

Since then, it has decreased by roughly 33%, creating a very long upper wick. This is normally considered a sign of selling pressure.

DGB has been moving upwards since retesting the $0.05 level at the beginning of March.

The rate of increase further accelerated on April 14. Three days, later, DGB managed to reach an all-high price of $0.168. 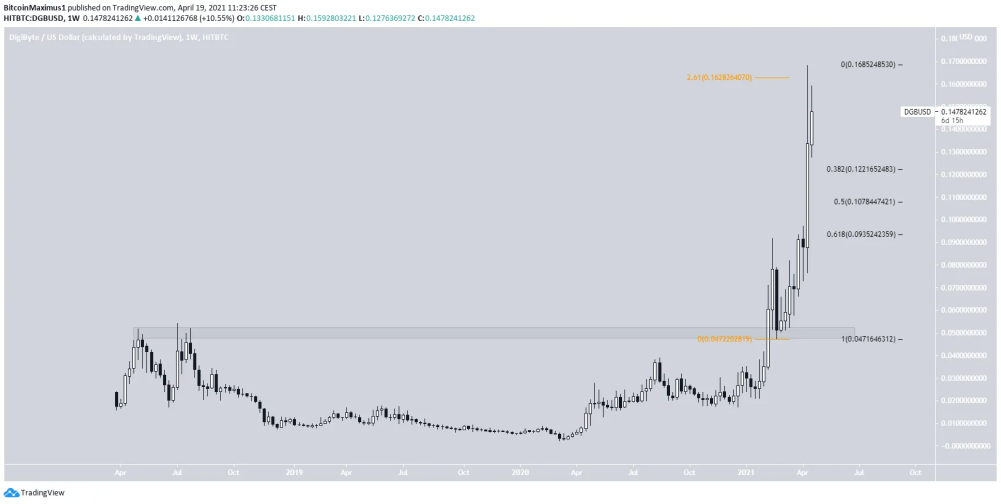