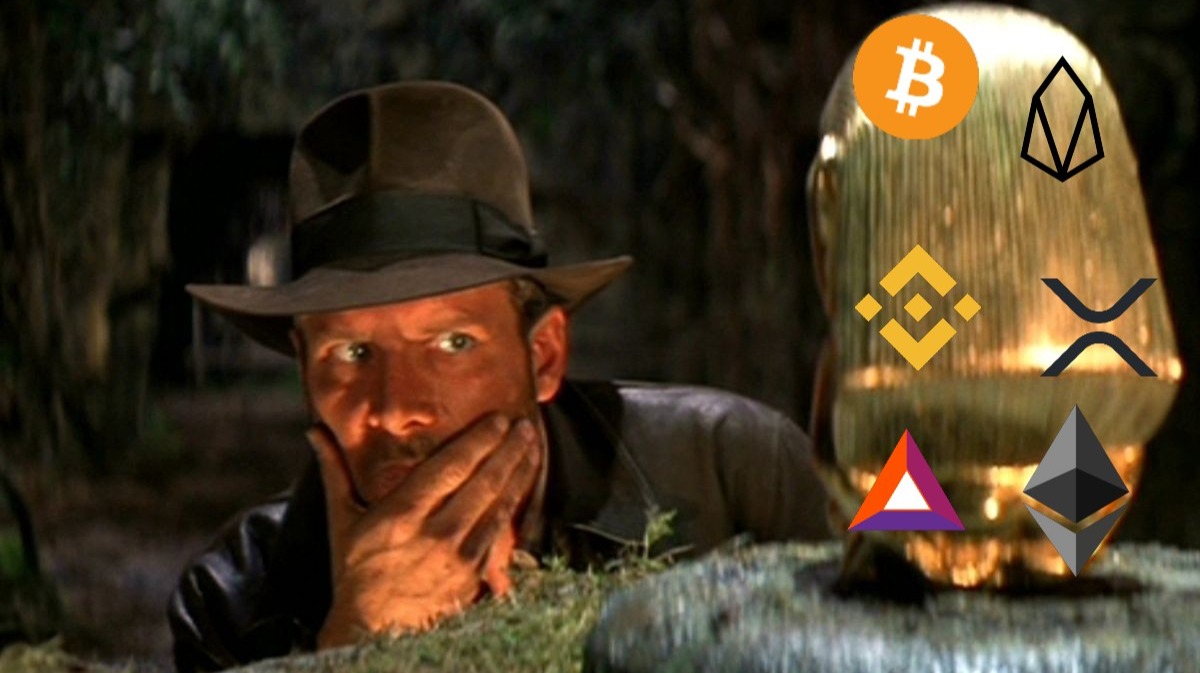 Binance Coin (BNB) is attempting to break out from the $611 resistance area.

EOS (EOS) has broken out from a short-term descending resistance line.

BTC is following a descending resistance line that has been in place since April 14, when the price reached an all-time high.

After three unsuccessful breakout attempts, it dropped sharply on April 18. The resistance line now coincides with the 0.5 Fib retracement resistance at $57,966.

Currently, BTC is attempting to create a higher low.

Technical indicators are turning bullish. Both the RSI & MACD are increasing.

Therefore, BTC is expected to create a higher low and gradually begin to move upwards. 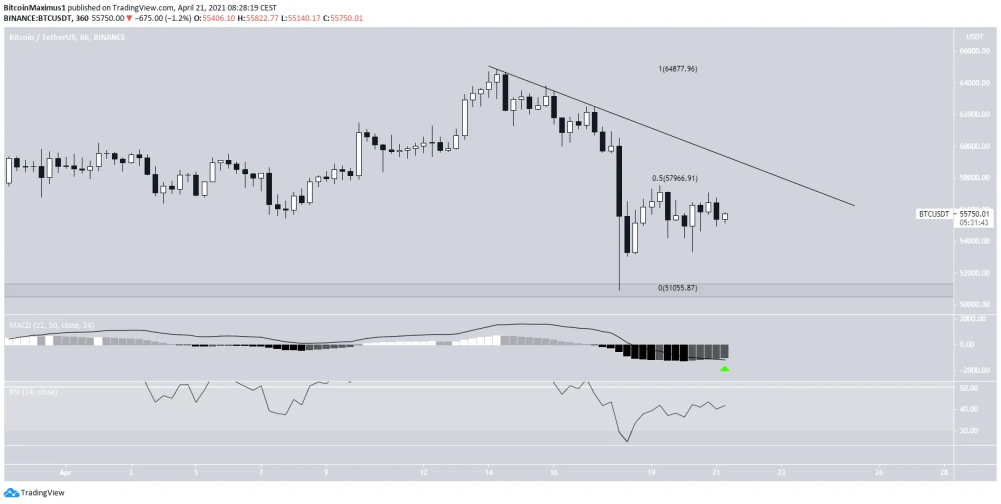 ETH/BTC has been increasing since breaking out from the ₿0.0352 area on April 3.

The upward movement continued until April 13, when ETH reached the 0.618 fib resistance at ₿0.039. After an initial rejection, it created a bullish engulfing candlestick and is now moving upwards once more.

Technical indicators are bullish, as evidenced by the RSI cross above 70.

The next closest resistance area is found at ₿0.046. 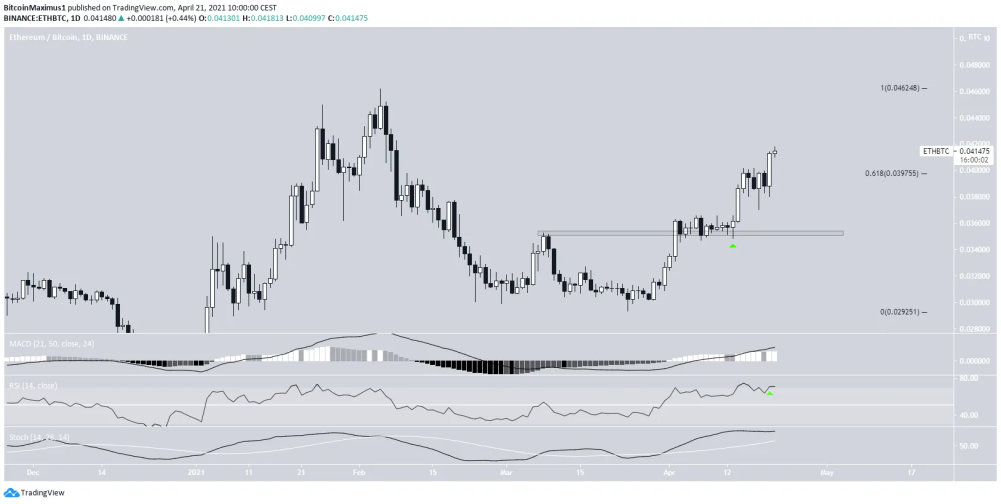 After initially dropping, XRP has reclaimed the 1600 satoshi area, which is now likely to act as support.

The next resistance is found at 3500 satoshis. A breakout above this level could trigger a very sharp increase since there is virtually no resistance until 1000 satoshis.

Technical indicators support this possibility, as evidenced by the bullish cross in the Stochastic oscillator and the RSI cross above 50. 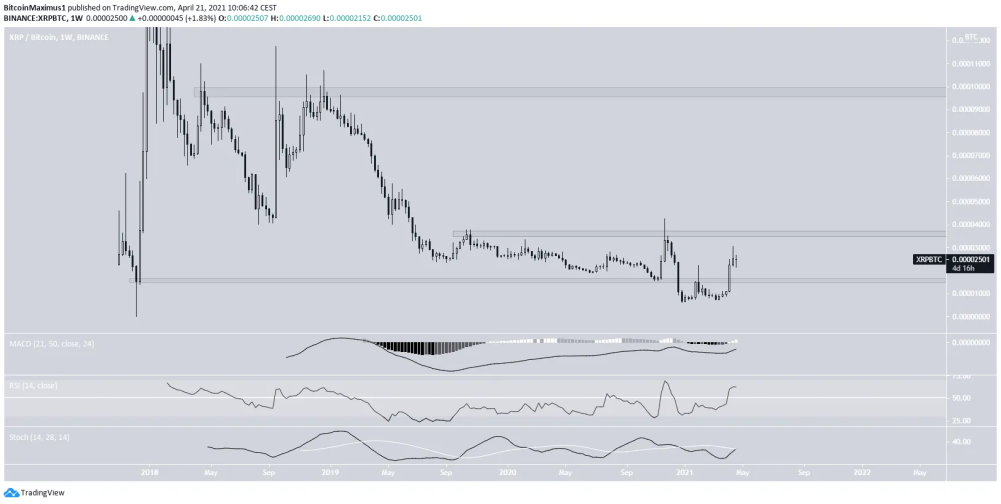 BNB has been increasing since breaking out from a symmetrical triangle on March 29. It was rejected on April 12, when an all-time high price of $611 was reached.

After the drop, BNB seemingly reversed this trend on April 18. Currently, it is making another attempt at breaking out above the $611 resistance area. 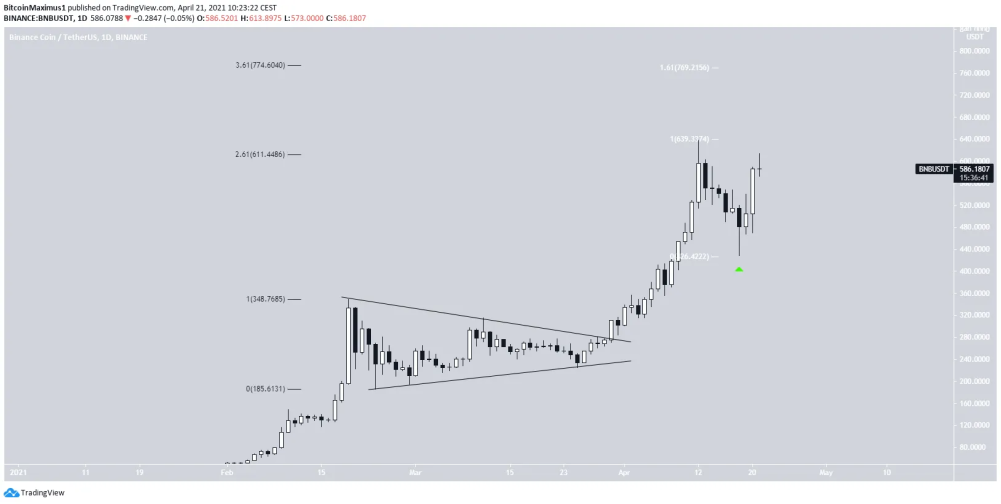 EOS has been moving downwards since April 17, when it reached a high of $8.84. Throughout the decrease, it followed a descending resistance line.

After three unsuccessful attempts, EOS moved above it on April 20.

Technical indicators are bullish, as evidenced by the MACD increase, which is nearly positive.

Despite this, the trend cannot be considered bullish until the $7.40 area is reclaimed. 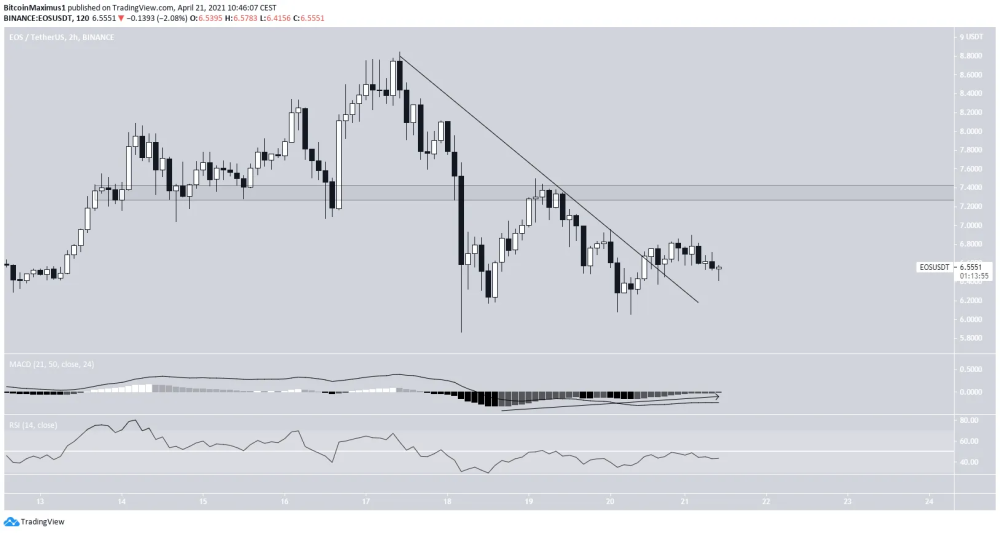 BAT has been moving downwards since April 9. It has since fallen below the $1.37 area, which now acts as resistance.

In addition, BAT is trading inside a symmetrical triangle. While this is considered a neutral pattern, it is transpiring after a downward movement. Therefore, a breakdown seems likely. 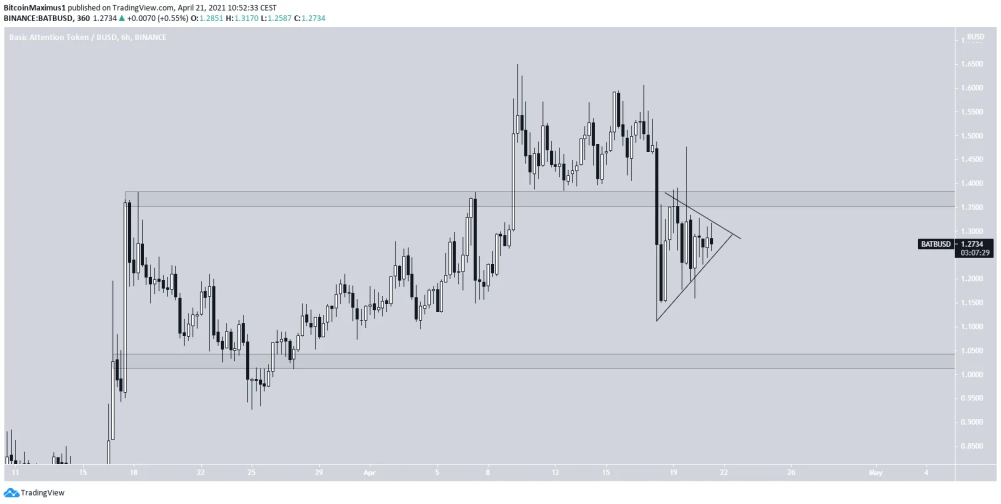