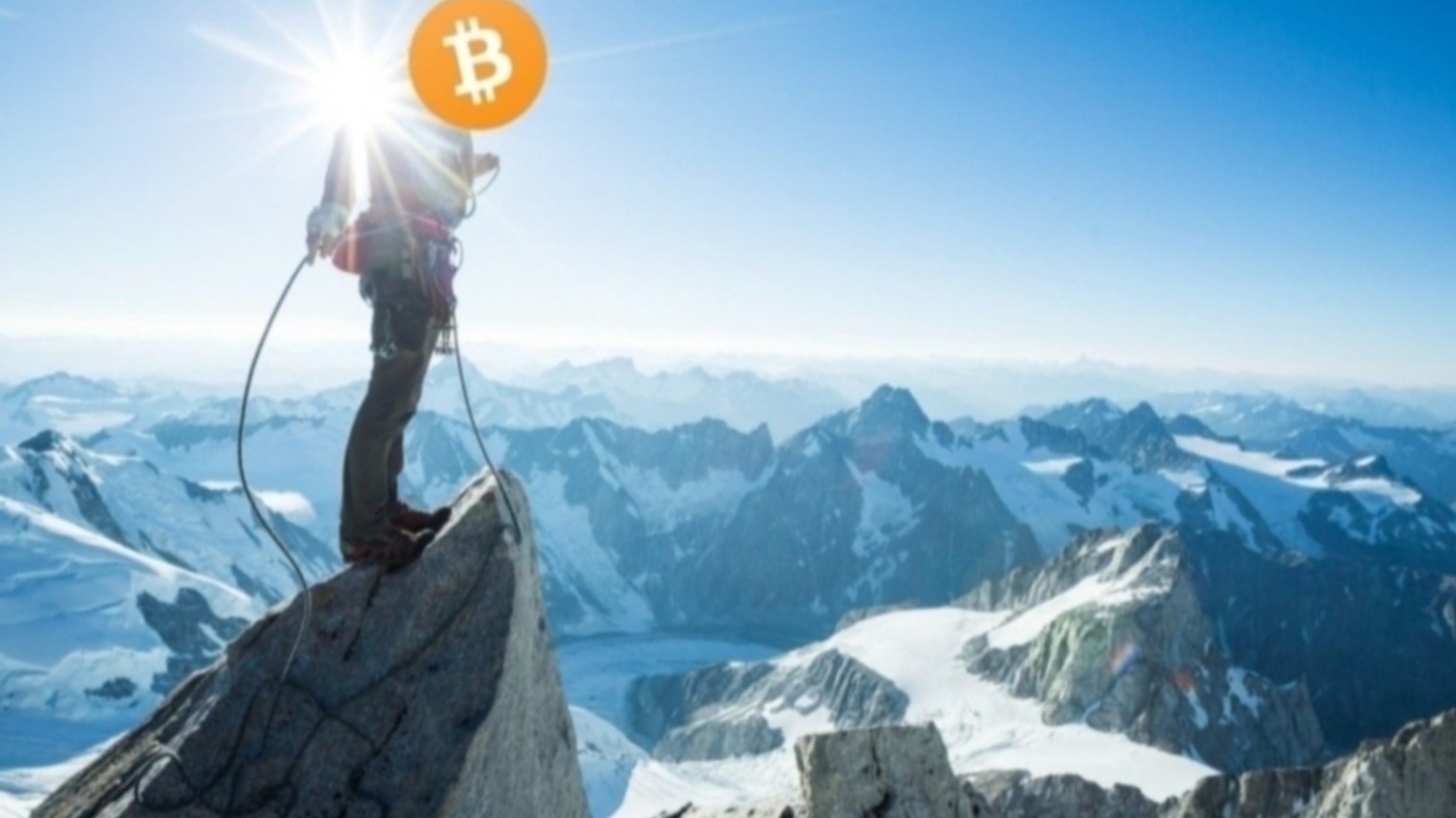 The Bitcoin (BTC) price has been increasing since April 26 but was rejected as soon as it reached the $56,000 resistance area.

BTC has been increasing since bouncing on April 25. The increase has been constant, without a significant retracement throughout.

On May 3, it managed to reach a high of $58,981 before moving downwards. The high was made right at the 0.618 Fib retracement resistance of the entire downward movement. This is a resistance level that often causes rejections. So far, the price has reached a local low of $54,580.

Despite the drop, technical indicators are still bullish. The MACD is increasing and is in positive territory, the RSI has crossed above 50, and the Stochastic oscillator is moving upwards—very close to making a bullish cross.

Therefore, BTC is expected to make a higher low and resume its upward movement. 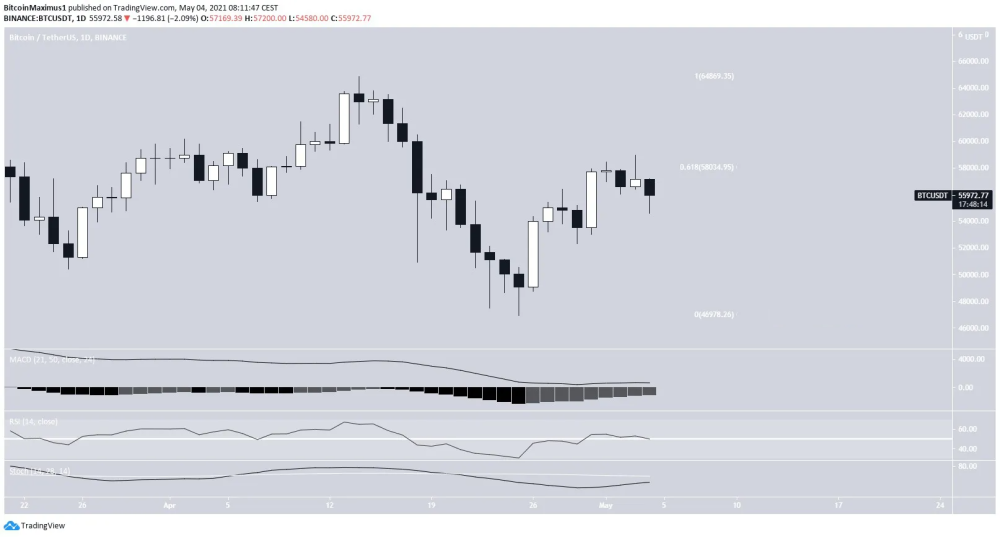 BTC has broken down from an ascending support line that had been in place since the aforementioned April 26 low. This is a sign that the upward movement has ended in the short term.

After the breakdown, the price bounced at the 0.382 Fib retracement (white) support level at $54,000. This is the first potential reversal area.

However, both the MACD and RSI are still bearish. The latter has just crossed below 50.

The next support area is found at $53,000. This is both the 0.5 Fib retracement support level and a horizontal support area.

Therefore, BTC is expected to turn bullish at one of these two levels and resume its upward movement after. 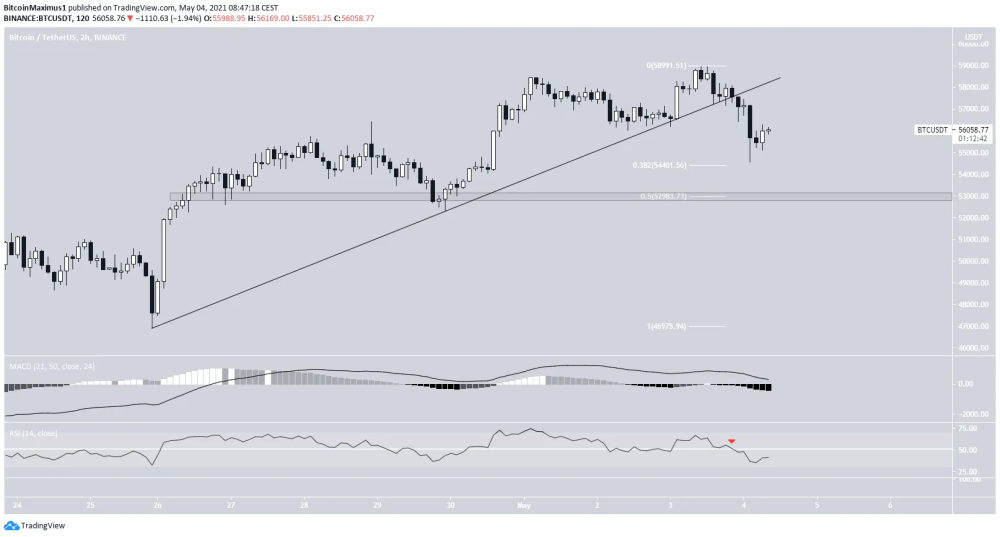