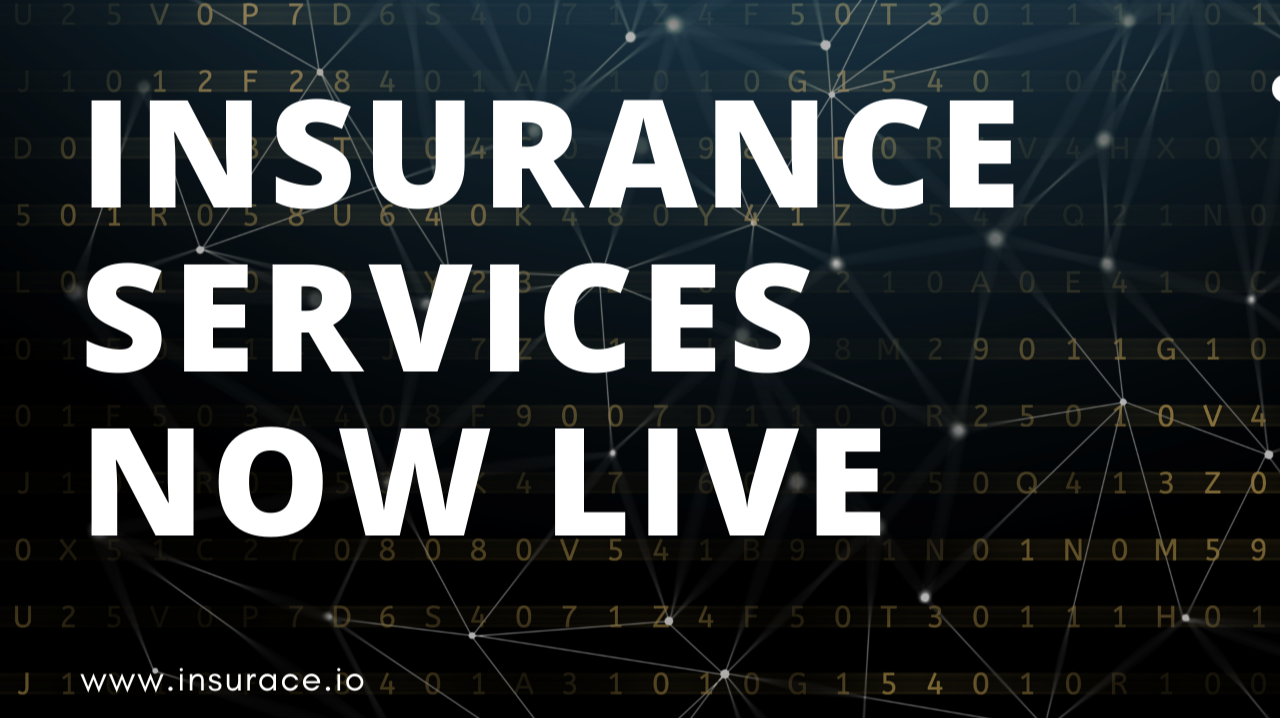 After just one hour of launching their mainnet, InsurAce, the DeFi insurance protocol, hit its minimum stake requirements to commence providing insurance services. The InsurAce community staked $5 million in the first hour, equivalent to 25% of the protocol’s initial staking cap. After 12 hours, this had reached 50% of the $20 million target.

This triggered the launch of InsurAce’s insurance services within 24 hours of the mainnet launch, and by doing so, InsurAce becomes the second-largest live DeFi insurance protocol by market cap (as of 27th April at 12pm EST, according to CoinGecko).

Initially, InsurAce will provide cover for twenty core protocols that have been announced as starting insurable assets:

DeFi Investors can look forward to the lowest premiums on the market when insuring their portfolios through InsurAce (proven to be up to 40%-60% less than leading competitors across a portfolio of 6 protocols with $4 million TVL). This portfolio method of insurance can also be more cost-effective with regards to Gas Fees compared to other insurance protocols. An example is laid out at the end of this article for a comparison of premium and gas fee. Furthermore, InsurAce’s insurance products have no KYC, respecting the privacy of its insurance customers.

Stakers already have access to high yields from the 6 tokens that can be staked with InsurAce. There is currently a limit to staking, set at $20 Million. Once achieved, the system will be stress tested for scalability ahead of releasing this cap and adding new tokens and insurance products. Following this, stakers can expect to earn a yield of 30–50% on average from their staked tokens.

InsurAce was recently audited by SlowMist and determined to be “Low Risk”. The audit report can be found here: Audit Report.

At the time of writing, there is over $60 billion Total Value Locked in DeFi projects globally. This figure is up from under $1 billion at the start of 2020 and doesn’t appear to be slowing down. Despite the enormity of the existing holdings, under 2% of the market is insured against faults, hacks, and other failures in the smart contracts that this value is held on.

Moreover, in the last 9 months alone, there have been losses totalling over $120 million due to exactly the types of issues that will be covered by DeFi insurance protocols.

InsurAce’s new insurance services and mainnet look to expand quickly into this market, boosting confidence in DeFi and reducing smart contract risk. Take a look for yourself at app.InsurAce.io.

Example of a low-cost portfolio premium on InsurAce

We took a range of 10 protocols and bought cover through both InsurAce and Nexus Mutual, the current market leader in DeFi insurance. With our portfolio method of insurance, the gas fees of InsurAce were 50% cheaper than Nexus Mutual because you have to buy the 10 covers separately instead of together which results in higher Gas Fees. (This may not always be the case, but this information is up to date as of 27th April 2021 12pm EST. )

InsurAce Protocol is a Singapore based DeFi Insurance protocol that has quickly become the second largest protocol in DeFi insurance. At the time of writing, the protocol has a $40 million market cap based on a circulating supply of 8 million INSUR tokens. There is a maximum release of 100 million INSUR Tokens which can be mined through staking on the protocol.

InsurAce is backed by DeFiance Capital, Parafi Capital, Hashkey group, Huobi DeFiLabs, Hashed, IOSG, LuneX, Blockarc and Signum Capital. In the three months since its first testnest was released, several high profile partnerships have been established. Information to be released in separate releases.

The project lead for InsurAce is Oliver Xie. Oliver started to work on InsurAce project since September 2020, and prior to that he worked as the CTO in one of the three largest Singapore-based licensed derivative Exchanges and Clearing Houses. Oliver entered the crypto space back in 2017 where he led a team to research crypto derivatives and blockchain technology, and has gravitated towards the blockchain-based Open Finance for the past few years. He identified an opportunity for a unique approach to providing insurance for DeFi smart contracts and users, and InsurAce was created.

Innovative DeFi insurance protocol InsurAce (www.insurace.io) has announced the launch of its mainnet protocol on Monday 26th April 2021 following the success of its testnet 2.0 launched earlier in the month and an audit from SlowMist, which identified the smart contracts to be “Low Risk”. InsurAce is a decentralized insurance protocol, aiming to provide reliable, robust, and carefree DeFi insurance services to DeFi users, with very low premiums and sustainable investment returns.