(IJCH) Hats Off to Dr. Robert Schoch (An Accredited Academian from Yale and B.U.) for his support of John West's theory about the Great Sphynx's REAL AGE! 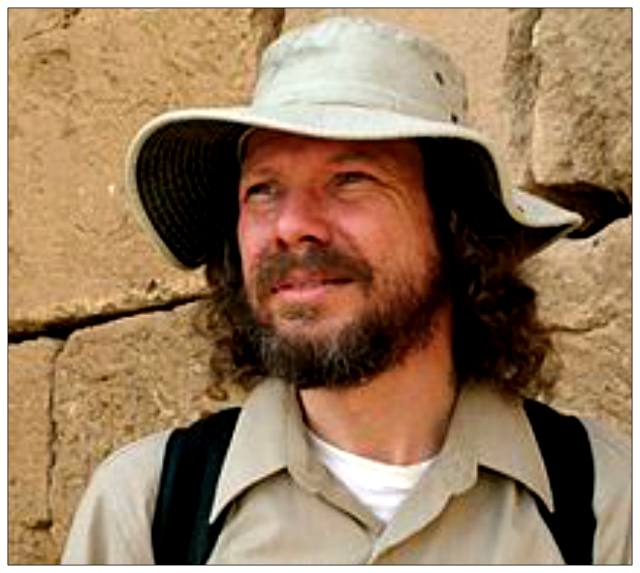 It Takes Guts to Be a Mainstream Rebel I always admire those who risk so much personal strife to do what they feel is right.

History has shown us that trailblazers and prophets will always suffer long periods of ostracism and personal hardship.

Many of those never become vindicated within their own lifetime (e.g., Tesla).

Others like Velikovsky and Bretz become recognized, but at the later stages of their lives.

In fact, Bretz is famous for saying, "Although at 93 y/o, most of my critics are dead, this recognition still is gratifying."

Robert M. Schoch (born April 24, 1949) is an American associate professor of Natural Sciences at the College of General Studies, Boston University. Since 1991, Schoch has been best known as a proponent of the Sphinx water erosion hypothesis.

Schoch received a BA in Anthropology and a BS in Geology from George Washington University in 1979. He was awarded MS and PhD degrees in Geology and Geophysics from Yale University (PhD, 1983).

Schoch's PhD dissertation, Systematics, Functional Morphology and Macroevolution of the Extinct Mammalian Order Taeniodonta, was published in 1986 by the Peabody Museum of Natural History.

Schoch has taught at Boston University since 1984. He is an associate professor of Natural Sciences at the College of General Studies, a two-year core curriculum for bachelor's degree candidates. He teaches undergraduate science courses, including biology, geology, environmental science, geography, and science and public policy.

He has received his college's Peyton Richter Award for interdisciplinary teaching. He is a co-author of the college textbook Environmental Science: Systems and Solutions, now in its fifth edition.

Again I say, Hats Off to Dr. Robert Schoch - Accredited Academian from Yale and B.U. - for his support of John West's theory about the Great Sphynx's REAL AGE!

See this video for more details: