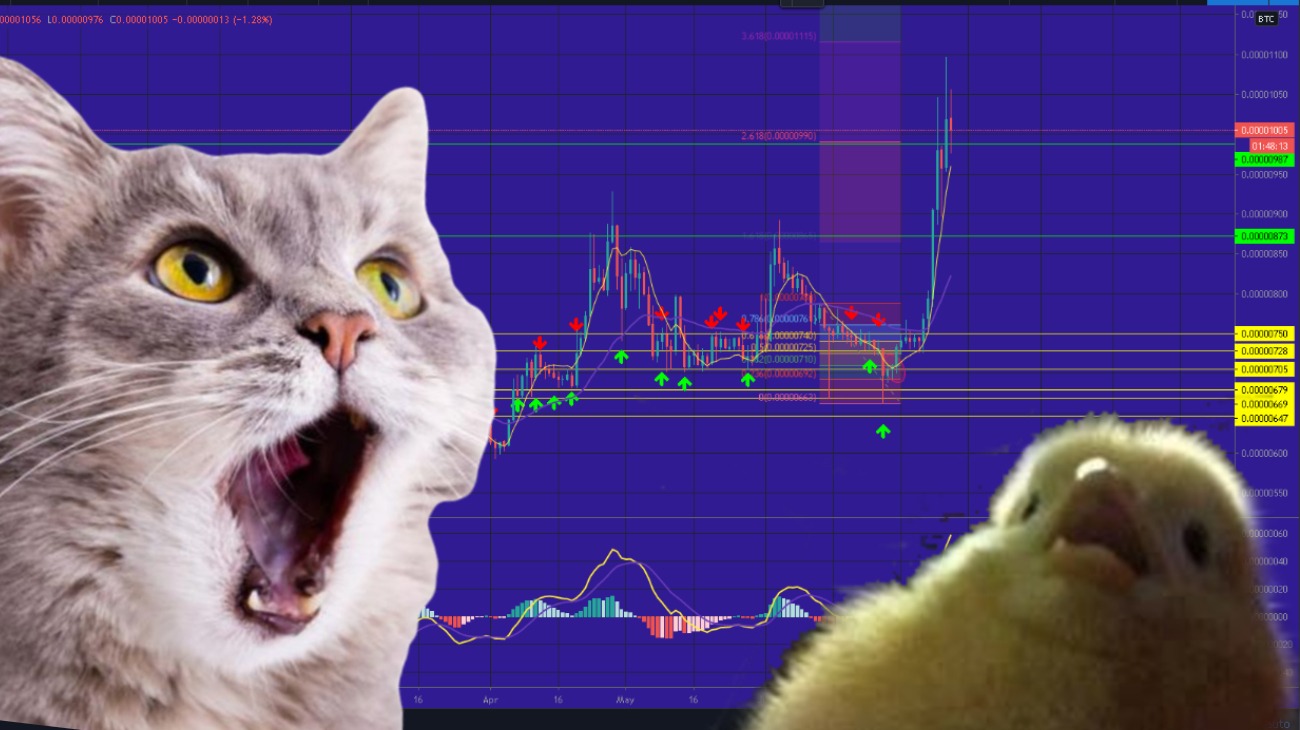 From July 4 until today the value of Binance Coin has increased 17% against Bitcoin. Occupying position # 9 in the Coinmarketcap ranking, with a market capitalization of 306,574 BTC and a Volume in the last 24 hours of 24,930 BTC. Today has had a 3.85% increase in price.

The significant resistance level of 0.0019904 sats has interacted this day with the price. Two hours after the current candle closes, a rejection occurred by the bears.

What can we expect in this situation?
As you can see in the chart from May to July a Double Top pattern has formed, a lower bass has not been created than the previous movement, this can cause important bullish movements as it happens to this day, so :

* In another scenario, the bears can take advantage of the current resistance level, to cause a setback (a correction in the price), this could lead us to that in the following days the price drops to 0.0018993 sats finding a break at 0.0018330 sats .

If you are subscribed to this blog you will know that days ago I predicted that STELLAR would give great profits against Bitcoin. Without a doubt this has given great benefits to all of us who saw a great opportunity in stellar. As you can see in the image I have not made a change, the graph remains with the same past analysis. I explained that between June 30 and July 1 the end of the pullback was coming to give continuity to the next bullish momentum, from the day of my analysis until today an increase of more than 53% of the price of STELLAR has been presented until today leaving good profit margins. If you want to understand the reasons why XLM is doing these movements I leave you the link of the publication in which I talk about the following movements in STELLAR, so if you want to be well informed go check them out. 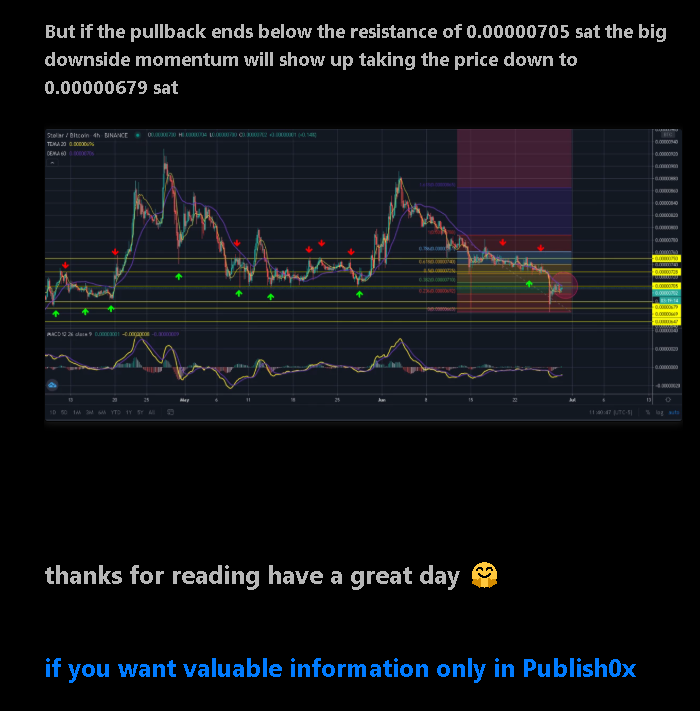 How will XLM behave in the following days?

A large number of experts announce the start of ALTSEASON, after the pandemic and the strong growth in fintech and online banking.

That is why solid projects have benefited, as is the case of XLM, but as a technical analysis.

Being objective and leaving optimism aside, sooner or later there will be a price correction, the big shots will make their profit is there where the biggest losers will be those Hand Weeks, or someone who had episodes of FOMO.

Therefore, in the following days we can wait:

*If the bulls continue their rise it is very likely that in the following days the price of XLM will increase another 26% against Bitcoin, reaching 0.00001459 sats per exchange.

*In another scenario, if there is a price correction due to investors feeling overbought, this could cause the price to drop to 0.00000873 sats.

Thanks for reading, I wish you the best, have a great day or a great night🤗

If you want priceless information suscribe to my blog in Publish0x all days post the best information for you.