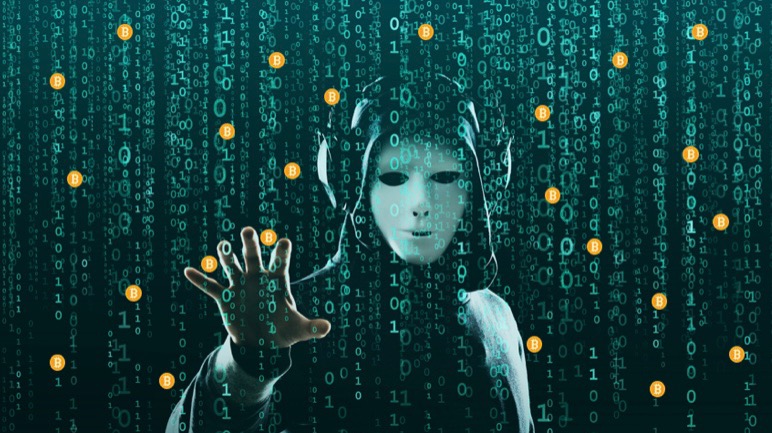 Bitcoin, cryptocurrency, and blockchain have left an indelible mark on our world. From the recesses of a cypherpunk mailing list, these new technologies have exploded into humanity’s consciousness to change the way we think about information, finance, sovereignty, and much more.

Without a doubt, cryptocurrency and related technologies are becoming mainstream. Massive corporations have begun to buy cryptocurrencies in bulk. And even conventional companies are starting to get involved in the more unconventional parts of the market. Who could have imagined, for example, that Visa would purchase a popular NFT (“Non-Fungible Token”) from the “CryptoPunk” series?

Such is the world that we now live in and these developments lend further credence to the fact that cryptocurrency and blockchain are not going away. As a result, the announcement from the credit card giant Mastercard last week that it had agreed to purchase a blockchain intelligence company likely didn’t come as a huge surprise. Just business as usual as traditional finance and blockchain-based finance continue to bridge the gap that currently exists between them.

Before we talk more about what that blockchain intelligence company, CipherTrace, is, let’s talk about the aspect of blockchain that gives it its reason for existing. The vast majority of public blockchains in the world today offer some level of pseudonymity, meaning that your identity on the blockchain is represented by a public address, which is typically a long series of alphanumeric characters. This is possible because public blockchains are permissionless. You don’t have to provide your personal information in order to use the blockchain, nor do you have to establish a username and password.

That said, your pseudonymous address on the blockchain can still be linked to your actual identity in a variety of ways. One of the most common ways is through “KYC” or “Know Your Customer” procedures implemented at cryptocurrency exchanges and other crypto companies that operate in a centralized manner. Essentially, those companies are almost always required by their local governments to collect a large amount of information from you when you try to open an account. And once you transfer your assets from an account with the centralized service into your cryptocurrency wallet, anyone on the outside looking in will have a strong reason to believe that they can tie your identity to that address. Even more so if you transfer assets to that address from accounts with multiple centralized companies that required KYC.

Let's now separate fact from fiction. It’s common to hear people refer to blockchain technology as anonymous, meaning that users could, if it were true, transact on a blockchain without anyone tracing the movement of their assets and without anyone being able to identify the user. But that is far from the truth for most cryptocurrencies as we explored above. As an example, CipherTrace claims to have developed the world’s “First Monero Tracing”, Monero being the most well-known cryptocurrency that may actually have a claim to some level of true anonymity. If CipherTrace’s claim is true, then who knows if complete privacy on blockchains even really exists anymore.

CipherTrace: Pulling Back the Shroud of Mystery

CipherTrace bills itself as the “world’s first blockchain forensics team” and lists its company missions as the following:

2-Growing the blockchain economy by making it safe for users and trusted by government.

The company has seen rapid growth since its founding in 2015, currently serving around one-hundred and fifty customers, including various government regulators and law enforcement agencies.

It probably shouldn’t come as a surprise that there are a large number of entities willing to pay CipherTrace for its services. After all, many governments around the world remain distrustful of cryptocurrency and blockchain. And the sector is rife with hacks that cost billions of dollars.

On top of all that, financial institutions in the United States and elsewhere are commonly subject to Anti-Money Laundering or “AML” requirements in order to comply with their local regulators. In layman’s terms, enforcing AML means that banks, exchanges, and other financial institutions have to follow a prescriptive set of actions to detect and prevent things like money laundering, terrorist financing, and market manipulation. The pseudonymous nature of blockchain transactions throws a wrench in the companies’ ability to follow AML guidelines. AML, in no small part, drives these companies’ desire to have CipherTrace pull back the shroud of mystery surrounding the identities of blockchain users.

The Method Behind The Madness

In addition to identifying centralized companies that officials can subpoena in order to obtain KYC information, there are a variety of other methods that CipherTrace can and does use to identify pseudonymous blockchain users:

This method allows investigators to review web traffic in order to try and identify a user’s IP address so that associated personal information can be connected to an address on the blockchain.

Your phone or computer often sends your location to websites as part of normal web browsing procedures, and websites don’t always have to ask for your permission first before accessing it. Your location can be tied to other identifiers to help investigators confirm who you are.

This method seeks to help investigators identify users based on behaviors that are common across both traditional and blockchain transactions. For example, if someone buys a rare coffee blend from a foreign country on their credit card and then again using their cryptocurrency wallet, investigators can use that pattern to identify the person.

Your Blockchain Is Not Private

Cryptocurrency and blockchain offer a lot of benefits, but true privacy is unfortunately not one of them in most cases. For better or for worse, corporations and governments have a high likelihood of being able to trace your behaviors across both traditional and cryptocurrency marketplaces. And companies like CipherTrace and its competitors will continue to make strides in demystifying the blockchain for years to come.

Institutional Investment: Cathie Wood’s Ark Invest has submitted a filing with the SEC for a new fund that would have the ability to invest directly in Canadian Bitcoin ETFs. Read more

Government Excess: Respondents to an inflation survey put out by the Federal Reserve Bank of New York expect prices and inflation to increase substantially for the next several years. Read more

Why shouldn’t society at large have the ability to access and move its money without providing an excessive amount of information to centralized 3rd parties?

Do you know the maximum amount of your government’s money that can be printed? Trick question, there is no max. But there is for Bitcoin: 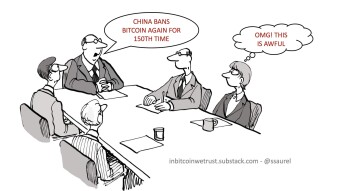