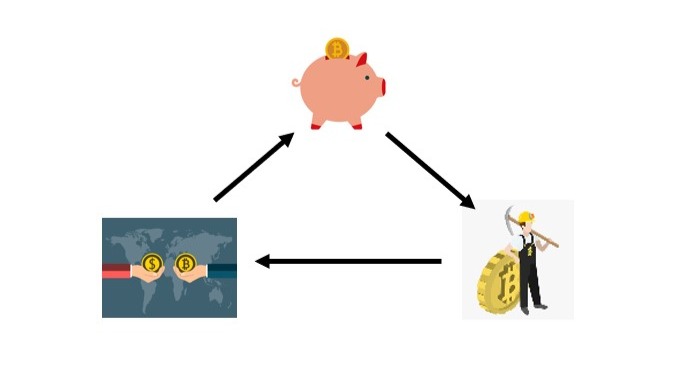 Read now to learn how a circular Bitcoin economy is necessary to ensure financial censorship can be beaten using Bitcoin.

We’ve spent a lot of time talking about censorship recently. With everything that’s going on in the world these days, it’s becoming hard not to. Many people are getting censored by their own countries, while others are suffering because of the censorship actions of far-off governments.

I even experienced censorship myself this past weekend when LinkedIn shut down my account with no forewarning and no reason:

Censorship has real consequences, from people getting let go from their jobs or losing customers from their businesses to not being able to pay their bills and feed their families. Unfortunately, a lot of people on the receiving end of censorship also had little if anything to do with being censored. They weren’t guilty of any crime in the conventional sense. They, or their country, were simply on the wrong side of some government’s sense of how things should be. The consequences are dire, and a resolution can seem fleeting.

Bitcoin is on a path to being a resolution for people who are censored financially, whether for “right” or “wrong” reasons. Bitcoin is freedom money. It doesn’t care who you are or what you do with it. Anyone at all always has access to the network when they need it and when they don’t.

It’s important to understand though that Bitcoin is near the start of that path, not the end. Bitcoin can help end financial censorship, but it can’t completely resolve it just yet. For example, critics are quick to point out that Bitcoin isn’t universally accepted as a medium of exchange. Many people choose to “cash out” their Bitcoin on cryptocurrency exchanges for fiat to spend rather than looking for shops and providers who will accept payment in Bitcoin. That reality is less than ideal since cryptocurrency exchanges are a massive chokepoint for censorship.

For Bitcoin to achieve true censorship-resistance, we will need to build a global Bitcoin economy where people can use Bitcoin to get what they need to survive and thrive. It likely won’t be a short journey, but I believe there are three main phases along the path:

This is where Bitcoin currently is on its journey of monetary development. Bitcoin’s value has increased exponentially over the past thirteen years as tens of millions of people have begun to interact with it. And people expect its value to continue to increase as billions more people begin to accept Bitcoin and use it themselves. This has led to the reality that most people right now aren’t spending their Bitcoin. They’re simply holding onto it, waiting for its value to continue to grow.

Price increases due to global adoption are all fine and good, but that isn't the real reason that Bitcoin is such an amazing technology for saving. The real reason that Bitcoin is ideal for saving is its unchangeable supply cap. There will only ever be twenty-one million Bitcoin and that reality is protected by rock solid economic incentives and a decentralized network of tens of thousands of nodes and miners around the world.

Saving in its simplest form is nothing more than maintaining value over time for future use. Bitcoin is perfect for saving because its unchanging supply will make its value always increase over the long run relative to everything else.

I believe this is the next step in Bitcoin’s journey and it’s already making small strides in this area. Many people are so passionate about accumulating Bitcoin that they’ve made the decision to get paid at their jobs and businesses directly in Bitcoin. This is not a fantasy either. Companies like MicroStrategy are paying parts of their workforce directly in Bitcoin, while institutions like Strike and Coinbase are making it easy for workers to deposit their paychecks and receive Bitcoin with no additional steps.

The primary hurdle right now is regulatory. Governments enjoy the immense control that fiat currencies afford them, and one of the simplest ways to enforce usage of their currencies is to require that they be used for payment of taxes, like payroll and income taxes. That is the reality now, but it won’t be the reality forever. The country of El Salvador has accepted Bitcoin as legal tender for months and rumors of other countries and governments following in their footsteps have been circulating ever since. I don’t know the future. But I have no reason to believe that El Salvador will be the only country to recognize Bitcoin’s exceptional monetary qualities.

Time is our most valuable resource. So the fact that people are becoming so willing to price their time (i.e., work) in Bitcoin is promising for the idea that people will someday be comfortable pricing everything else in Bitcoin as well.

It will happen. A lot more people will likely have joined the network by then and Bitcoin’s price volatility, and I mean that in relation to of goods and services rather than fiat currencies, will likely have settled down as well. When people are confident that Bitcoin will be accepted for payment nearly everywhere, and no longer have FOMO about Bitcoin’s skyrocketing price, we’ll see Bitcoin move past being just a savings technology. It will reach the point where people will use it in everyday payments as well.

A word of advice too to those who believe Bitcoin can’t scale to meet worldwide demand for both savings and payments: scaling solutions like the Lightning Network are only the beginning. Technology improves drastically over time. Always.

Financial censorship is a reality for far too many people. And the Bitcoin network has room to grow when it comes to achieving universal acceptance that will allow people to circumvent any and all censorship. Each of us has a part to play in creating an economy where we earn, save, and spend in Bitcoin.

Be careful that you don’t miss out on the journey. 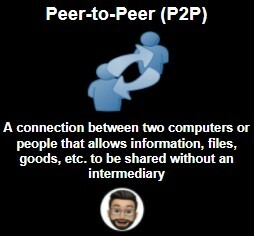