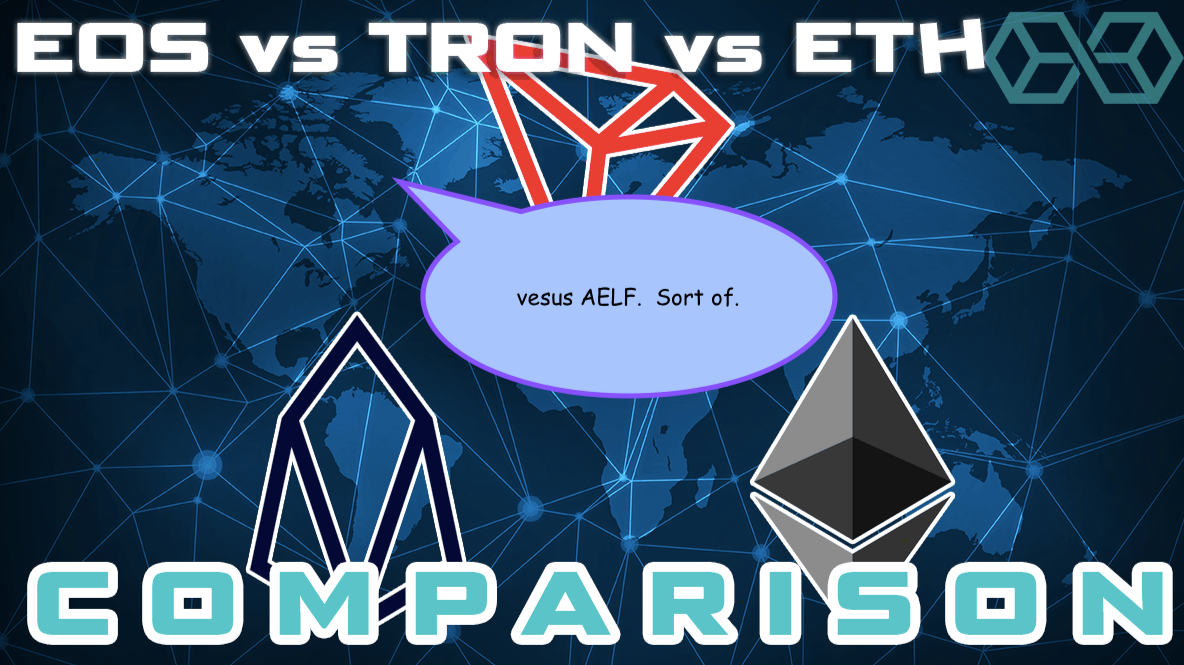 What is AELF ?  AELF is not ETH, not EOS, not even TRON, and never will be, despite the backing of the CCP.

Yeah yeah yeah (which means NO effing WAY in New York speak) ELF wants to be the new Linux.  Well it was freakin hard for even Linus to make Linux be Linux and even then it still took Red Hat to get that install base.   Even if the name of ELF has changed to AELF in a massive marketing triumph of beyond case sensitive branding. We know we won't win the contest, and we love Igor and hate to bite his hand, but ya gotta spit the truth.

By now we've all read reams about the cool little twiddly features of ELF, merkel tree linked parallel chains of parallel chains with distributed, evolving governance.  That's nice dear.    Want to talk real world in that space?  ETH is the big #1, admit it, we have all bought ETH and used it for sometimes no good reason or left it trapped as change in a wallet somewhere.  Is that true for any other coin?  NO.  ETH is top dog, big dawg in the space of altcoin scripting, with nearly a quarter TRILLION of market cap.  And ETH is coming on strong, ETH 2.0 about to drop, Vitalin Buterek is the star of stage, screen and tweet.  Where is AELF in this debate?  NOWHERE.

Who's #2 in the Gartner analysis? That would be EOS.  EOS was designed to kill ETH.  Now ETH, with Danny Larimer of STEEM fame, came powering out of the blocks, raising FOUR BILLION in their ICO.   Let's compare that to ELFfie coin, ELF was proud of raising 25 million.   Of course, if we were able to raise $4,000,000,000 in our ICO, we would TOTALLY be on the beach with Ylang-ylang.  Any questions about that dev work, call somebody that works for someone who works for us.  Unfortunately it looks like EOS felt that way too, as they are now being sued in class action suits while they whine that dev takes a long time.

Next man up after EOS,  #3 in the hit parade would be TRON.    After Canadian and American entries, we finally have an Asian entry.  TRON and AELF were both started in China, with news reports of the CCP visiting dev offices.   All TRON ( Justin ) does is troll ETH (Vitalik)  with comparisons of how TRON is faster better cheaper  than ETH.    Vitalik  hilariously trolled Justin back, saying TRON whitepaper dev was far more efficient as all they did was cut n paste.  Which kind of sums up my feelings about TRON, a bunch of hacked together work driven hard and championed by a charismatic front guy.  Is that good or bad?   Maybe good, as we know TRON is kicking arse gambling apps.  Maybe bad, if you hate Justin for his antics with STEEM and feel that TRON has just turned into a chance for altcoin mergers and acquisitions.

Tail end charlie would be AELFie.  Also glommed together in Beijing.   Looking at their leaders, ELF has a guy wearing the beaver ring of MIT who also consulted at a big firm, and a PhD who went to an OK school in Oz.  Sounds like typical creds of privileged children of the CCP.

Stack those faces up, say Ma, Chen and Yang vesus Vitalik ? Justin?  Larimer? We jest, and don't call us Shirley.  Truely, our own boy Mappo is a bigger industry figure than the leaders of AELF.

So where were we:  oh ya.  ETH>EOS>TRON>ELF.   By most any standard you like - market cap, use case, install base, dev strength.

A quick look at TRON and ELF's all important price graphs.  Corporate needs to know the difference BUT THEY ARE THE SAME GRAPH 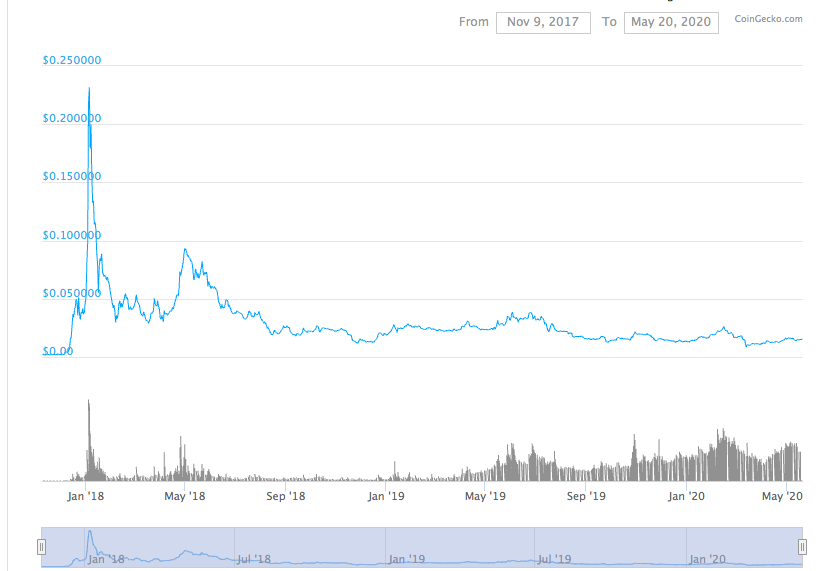 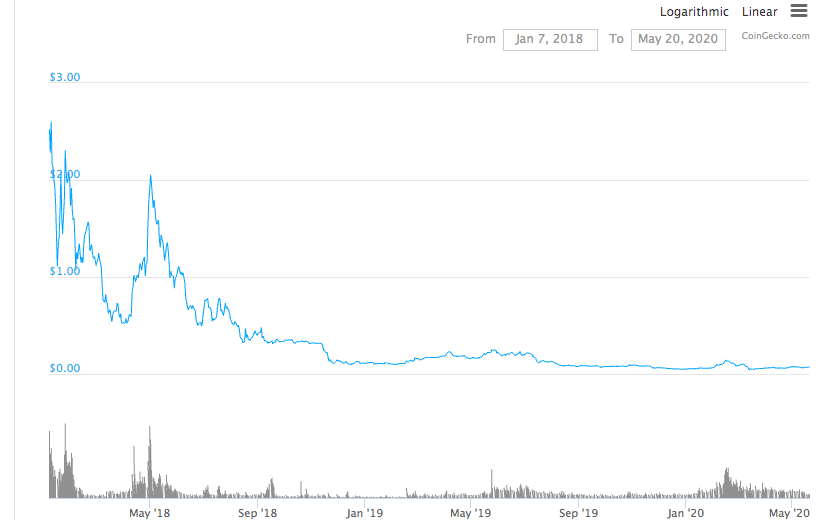 But do we want the real YOU CAN'T HANDLE THE TRUTH ?  Take a freaking look at PublishOx.  ETH, EOS and TRON are on the top bar.  Even as they are on the top ten in CoinGecko.  The real volume indicator that will hammer this point home:  take a look at the gang in terms of Publish0x;  Vitalik and ETH are everywhere just like Jesus.  EOS  too, and of course TRON, every day two or three articles.  GOING BACK FOR YEARS.

Now look at AELF.  Skip all of us this week, before that it was 1) nobody and 2) Mappo.  And frankly,  Mappo sounded a little tired and lonely sometimes (Mappo we love ya, I'm just a jealous hater,  but never use a phrase like " and that's not all for AELF" if you are not looking for the feeling of Tony Parsehole from VIZ magazine trying to fill up word count to get paid.) 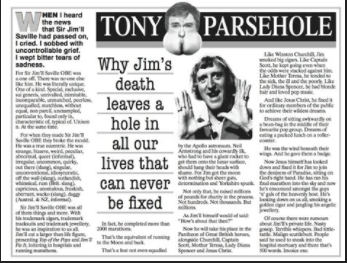 The same feeling with AELF on Reddit.   The community is being relaunched now, but if you look back over the last two years.... crickets.  And the feeling that people are participating for reasons other than fandom.   The feeling i got watching cable news in Hong Kong after the fall and slowly realizing how the censorship was kicking in.

The FINAL YOU CAN"T HANDLE yeah yeah yeah.    The truth is AELF is a fancy bells n whistles clone of TRON which is a working and competing clone of ETH.   Why, might we ask, is AELF now coming on the scene?  Well, the financial paper of record in China recently published that Justin was under an arrest warrant, apparently for being nice to warren buffet and president trump.  So the official push of the CCP for ELF ( that original 25MM plus) is now being restarted, since Justin seems to be liking living as a free n crazy San Fran dude.  Every picture tells a story don't it.  Justin has the bit in his teeth or somewhere and might never go back to the reservation: 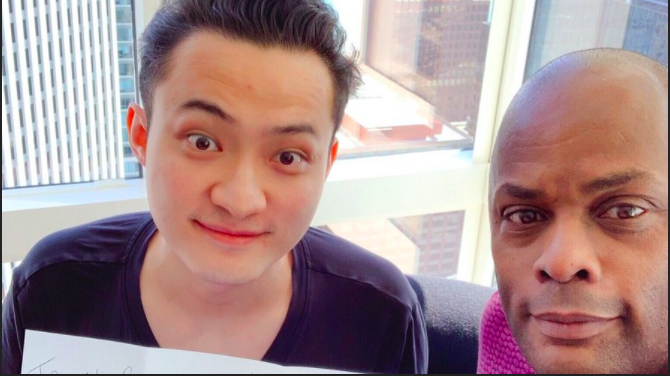 Justin may not wanna live in HK no more now that he's seen SF. Which could be good or bad, we will see.  I bet he makes up with the CCP and we forget that whole arrest warrant thing.  And maybe AELF will rise on wings of flame and programming genius and world wide adoption, but maybe not. Yes, the entire relaunch of ELF, including this post, is politically driven, to prove the CCP don't need Justin.    There, downvote me CCP shills, I said it, and you can't handle the truth.  Even when it's not that bad.   Remember, we used to take downvotes for criticizing the CCP, now we feel the lash just for not praising them enough.

Cryptofans, we love ya !  Send me postcards when my social credit score gets too low to travel, if we can ever travel again 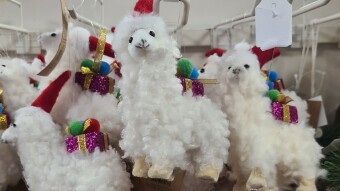 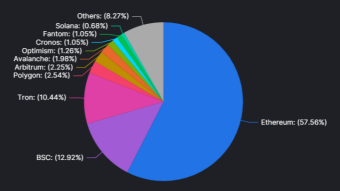 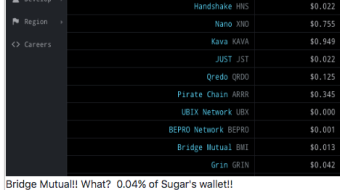 The secret wonders of the angelic dust in Sugar's wallet!! Part four - still down n dusty