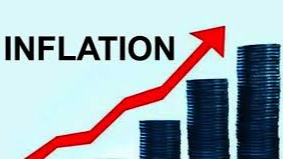 COVID-19 as a Transformation Catalyst?

Last year, before a pandemic changed the world, surveys showed millennials and adult-age Generation Z respondents steadily developing a curiosity in cryptocurrencies - if not buying into the bigger idea that the technology will transform money.

In other words, millennials are beginning to see their interest in cryptocurrencies as more than mere curiosity, and could just as easily be a way to start a new era of their life.

A Michelmores survey in the U.K., for example, found that 20% of affluent millennials – the cohort born between 1980 and 1996 – invested in cryptocurrencies, compared with just 3% for the general population. Meanwhile, an online Harris/Blockchain Capital poll found 60% of people aged 18-34, a demographic covering six years of Gen Zers and 10 of millennials, were “somewhat familiar” with bitcoin, compared with 43% overall. But the results also revealed that, in the U.S. and U.K. at least, this generational pairing still holds much more faith in traditional investments such as stocks and bonds. The data suggest a cohort of crypto dabblers, not outright converts. What will take this all-important group of digital natives to the next level? How might they see crypto and blockchain technology as diehard believers do, as the driver of an entirely new paradigm for money, investing and wealth accumulation?

Consider the pandemic’s global economic fallout: the equivalent of 400 million full-time jobs in lost work hours, a mountain of deferred bankruptcies, government debt levels above or projected to exceed 100% of GDP. Just as the Great Depression shaped economic decision making for decades, the shock of  COVID-19 will be felt for a very long time. The future decisions that matter will be those of Gen Zers and millennials, who together account for more than 60% of the global population. I see their decisions leading them to bitcoin...

I have two Gen Z sons. One is entering her second year of college just as she ended her first: homebound, learning virtually. The other is starting her critical junior year of high school in the same situation. It’s hard not to feel they are being denied some key rites of passage in their journey into adulthood. Yet, they are among the luckiest. A Pew Research survey early in the crisis found that half of adult-age Gen Zers (ages 18 to 23) said they or someone else in their household had lost a job or suffered a pay cut because of the pandemic. Meanwhile, many millennials, the youngest of whom are 24, are facing life-defining decisions about marriage, children, home-buying, career paths and long-term investment strategies in a uncertain economic environment. COVID-19 has barged into this defining period of their lives. It seems inevitable it will reset their expectations of the future. Already, per a Harris Poll study for Edward Jones and Age Wave, about a third of both Gen Z and millennial respondents foresee an “extremely or very negative impact” on their personal financial security due to COVID-19. That compares with 24% of Generation X, 16% of baby boomers and 6% of the silent generation. Given that a currency’s worth as a store of value is dictated by how users view its value over time, deteriorating expectations about future earning potential will inevitably shape how millennials’ and Gen Zers’ think about the money they use.
Even before this tragedy, these two gnerations were primed for a major attitude shift toward digital money. Growing up with the internet, they’re more inclined to its DIY ethos and notions of autonomy, as the lines between user and publisher blurred online and gave everyone the sense that they had their “own voice.” It might not be that much of a leap for them to embrace the “be your own bank” mindset of bitcoiners.

Expectations and attitude shifts provde a potential cultural impetus for these groups to change how they think about money. Now there’s also a financial motive, as stocks and bonds, pumped by unprecedented central bank quantitative easing, are delivering stubbornly low yields – their earnings as a percentage of price. With central bank rates anchored close to zero in dozens of countries, checking and savings accounts are paying a pittance and government and corporate bond yields have plunged, in some cases into negative territory. Meanwhile, with companies’ profitability whacked by the crisis, stock dividends have suffered their biggest quarterly drop in 11 years.
The two-decade fall in bond yields that got us here was a positive development for those who owned them because a decline entails a rise in price delivering a capital gain. Very few of those owners were millennials and even fewer, if any, Gen Zers. Rather, the benefits accrued to older Generation Xers and baby boomers. Now, yields can go no lower. The youner generations can expect neither interest rate earnings or capital upside, right when they are primed to invest in these markets for the next half century. This mightn’t matter if stocks were destined to rise. After all, low bond yields make stocks look attractive by comparison. But it’s impossible now to argue that stocks aren’t in a bubble inflated by massive amounts of central bank intervention. If this is the top, millennials and Gn Zers have nothing left to buy. The same goes for home prices, now completely out of their range and with future gains curtailed by the lower-bound limits on near-rock-bottom mortgage rates.
If the Federal Reserve, the European central Bank and the Bank of Japan could keep up the trillions of dollars of new money creation ad infinitum, maybe this treadmill could go on forever. P/E ratios would go into the stratosphere and millennials and Gen Zers would just hitch themselves to the ongoing stock market inflation, passing the risk onto whatever generation is coming up behind them. At a minimum that would require a coninuation of the best-of-both-worlds conditions that have sustained stocks for almost three decades: low inflation and solid economic growth.

COVID-19 – and the policy response is encouraging – will, I believe, render both impossible. The handling of the pandemic has severely hurt global confidence in the U.S. government, while the Fed’s monetary expansion (essentially confirmed by a policy shift announced Thursday), has undermined confidence in the dollar, generating inflation. Meanwhile, the blow to growth from the lockdown and future constraints on travel and work, coupled with ballooning debt levels that must be reined in, will make it much harder for businesses and governments to fund themselves. In short, inflation will outstrip bot bond yields and corporate earnings for the foreseeable future, which means a loss in real terms. That, clearly, is bad news for millennials and Gen Zers who are looking for a reliable way to accumulate wealth for the future. More fundamentally, that loss-making equation will challenge their very faith in the fiat currencies in which they currently save. Will that lead them to store value in bitcoin, which earns no nominal interest on its own? Maybe. If younger generations can accept bitcoin’s promise of digital scarcity and censorship resistance and value its protection against currency debasement, political uncertainty, confiscation and economic dependency, it will look increasingly valuable relative to the low yields on overvalued fiat-based assets.

Ultimately, it’s the millennials’ andGen Zers’ prerogative. Do they throw their lot in with the old monetary system of the boomers and Gen Xers, or build themselves a new one that serves their interests?

BE CAREFUL WHAT YOU WISH FOR.

During one of the finance industry’s most heavily anticipated speeches, Federal Reserve Chairman Jerome Powell dropped news of a significant policy shift. From now on, the Fed will not just target inflation around 2% but will do so on an average basis over longer periods. In other words, to compensate for periods in which inflation is too low, it will tolerate a rate above 2% for a longer period. While Powell was clear that the Fed can dial up monetary tightening at any time, that it will prioritize employment goals over those of inflation, and that it’s not bound to a fixed time frame, the key question here is what this new message does to people’s inflation expectations. Can the Fed manage them?

These kinds of announcements are often designed to manage expectations and demonstrate the Fed’s commitment to its objectives. The policy itself is not the only tool. Announcing the policy itself signals intent – like saying, “See, your fears that we are going to suddenly withdraw monetary easing are unwarranted: We’re so committed to doing all we can to keep borrowing rates low that we’re pledging to let inflation go over our target for longer.”

But what if the messaging is too clear? What if the market reads this as the “Fed will create inflation, no matter what?” Inflation is a function of inflation expectations and of market confidence that central banks will protect the value of the currency. In an environment where confidence in government is waning, where gold is at record highs, and stocks are overvalued, will the Fed’s explicit promise to allow some degree of excess inflation inadvertently create a worse problem once the economy recovers? That’s the trillion-dollar question.

I'm a blockchain enthusiast and i appreciate every satoshi earned, believing in a massive pump.

This year brings many new situations and problems demanding instant solutions. Traditional economic systems are trying hard to print enough money to get over all of the debt. There are already some places where it didn't succeed. It all goes so fast that noone can tell for sure what happens next. Can technology help us ? Well, it is true that the mankind has never come too far when it comes to science, isn't it ? Be aware. Stay informed. Don't be surprised.