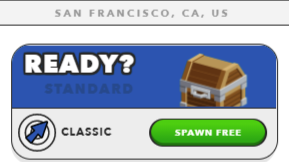 The most fiendish and unfriendly game ever – Treasure Hunts

Treasure hunts are likely the most controversial and salt inducing part of Upland. Many new players start in Upland, see the ability to Treasure Hunt, think something along the lines of “I love treasure! This can’t be too hard, right?”, and are instantly proven wrong where they resort to never completing a hunt again. Admittedly, treasure hunts can be pricey and difficult, but they’re one of my favorite parts of Upland.

Why are Treasure Hunts so salt-inducing?

The answer begins largely in group hatred. Many people will talk terribly about the Treasure Hunts, because they had a couple of bad experiences with them. Maybe they didn’t understand the send mechanics, the distance markers, or the possible outcomes, but whatever the case may be they are salty and want others to know of their disdain as well.

As unfortunate as it is when players have these issues, they are missing a big part of the game. Firstly, treasure hunts are one of a few free ways to make UPX in Upland. Secondly, everyone gets an individual Standard Treasure Hunt every 24-hours for free. Thirdly, there are events which are focused on treasure hunting and if you don’t treasure hunt, you are missing out on an entire event. Lastly, it can be a useful way to explore cities to get a better idea of where properties are.

Sends, simply put, are fabulous little friends who allow you to visit anyone’s property within the city you are currently in. Upland’s residents can’t send their block explorers to an unminted property, but many of the cities are sold out, or are selling out quickly, so getting around isn’t difficult. At the time of this post, San Francisco, Fresno County, Manhattan, and Brooklyn are the only cities available for Treasure Hunting. The city releases I’ve been a part of so far don’t start with treasure hunts enabled; they start a week or two after the city release is completed and the city is opened.

Back to sends, each player is given 3 sends 24-hours after the last send is used. They also can collect up to 8 sends from the map by clicking on the little paper airplanes which are strewn throughout each city (yes, even Oakland). The site https://upx.world/maps shows where sends are in relation to properties someone owns (you have to enter an Explorer’s Name), and where they are on the map. The Sends Near Properties tool is useful when you have a lot of properties to choose from, whereas the map is useful when you don’t have as many properties.

If you know someone who is well established in an area and has a low visitor fee, you can put their name in the field and search only their properties for sends. That way you can help someone, and still get the sends you need for the illustrious world of treasure hunts.

I have my sends; how do I begin treasure hunting?

If you only have a handful of properties, I highly recommend starting away from your properties to start. Any minted property will show what direction a treasure is. To see the arrows for the treasure, click on a property and then click on the button which says treasure; you might have to click on the dropdown arrow to show it. Once you’ve seen the direction, and the distance, send to your own property to continue the hunt.

A couple of key things to note. First, sending to someone’s minted property costs a send, whereas sending to your own is free. Second, before you begin treasure hunting make sure you have at least 6-8 sends available. Lastly, the arrow will only show while you have a property selected. You only have so much time, so get an idea of where you’re going then go.
To begin a Standard Treasure Hunt, start by going to the menu, selecting Treasures, and select the spawn button to begin the hunt. The Upland team recently changed the treasure hunt time limit from 3 minutes to 4 minutes to give players a better chance at finding the treasure in the allotted time.

Now that you’ve started the hunt, you’ve seen the direction of a treasure, you’ve sent your explorer to one of your props, you checked the direction again, and you’ve got an idea of where to go, you’re going to have to start learning what the arrows mean. https://imgur.com/a/ntEk2UH has been put together by EmGi, from the Upland community, and shows what direction the treasure is in, as well as roughly what distance the treasure is away from you.

Two things should be noticed from the graphic. The first is that the arrows blink a lot slower when you’re further away from the treasure. As you get more comfortable with the distances, you’ll start to get a feel for how far you need to send your explorer before you check for another clue. As you’re starting out, you might need to send your explorer further than you think.

The second thing to note is the direction the arrow is pointing. There are only 8 directions an arrow can point. What this means is the further you are from the treasure, the greater the area an arrow could indicate. Hence, the importance of sending to several properties to triangulate the area and figure out where the treasure is located.

I’m close to the treasure, but I ran out of sends. What do I do now?

This unfortunately happens now and then, especially if you’re doing treasure hunts back-to-back. The max someone can hold is 11 sends, as indicated above, and I highly recommend starting a hunt with at least 6-8 sends while you’re learning. An easy way to check is to click on your block explorer on the map and select the paper airplane icon on the bottom right side. The number in the circle next to Other Owned Properties is the number of sends you currently hold.

It takes a lot of practice, but if you remember where you were, search the upx.world site listed above or scroll around the map, find another send, send to the property, pick it up, and send back to where you were going before running out of time you can proceed from there. This is incredibly difficult to do in a short period of time and I suggest you don’t get to that point.

I’ve found the treasure, but it was only worth the minimum. Is it always this stingy?

The short answer is, yes. There was a treasure hunt event over a month ago which was focused on Standard Treasure Hunts. I personally completed almost 100 standard treasure hunts in San Francisco and only made over 1,000 UPX 4 times; above 2,000 UPX 1 time. The chances of getting a treasure over 1,000 UPX are especially slim in the lower tiered cities like Fresno County and Brooklyn, and eventually Oakland.

This isn’t to say that you shouldn’t pay the UPX to send or begin another hunt; rather it’s important to understand the likelihood of not making a fortune every treasure hunt.

What is the point of treasure hunts then?

Treasure hunts can still earn you money, especially when you get the hang of it. Obviously, the perfect hunt would be starting the hunt, and not spending any money on sends before finding the treasure. This doesn’t happen often/ever depending on how many properties you have.

When I hunt Standard Treasures in San Francisco (SF), which is where my hunting web is, I usually only send 2-3 times to others’ properties before finding the treasure. Since the treasure is 100 UPX to spawn after the free one and the minimum (most common) reward is 230 UPX, there’s not much room for spending UPX on sends. Visits to other properties in SF can be anywhere from 20-100 UPX, meaning if you aren’t paying attention to the visitor fees you could waste any profit you would have received once you find the treasure hunt.

Also, if you get a piñata instead of a treasure chest click or tap as quickly as you can and get as much UPX as possible while it lasts.

Limited and Exclusive treasure hunts take hunting to the next level. The key differences are the spawns and the participants. Up to this point I’ve stated how you could spawn a personal Standard Treasure hunt whenever you wanted and have 4 minutes to complete the hunt. Neither of the other two play by the same rules.

Limited treasure hunts typically spawn every 20-40 minutes whereas an exclusive hunt will spawn every hour to an hour and a half. They will be preceded by a 5-minute countdown timer. Once the timer reaches 0:00, the treasure begins and everyone searches for the same treasure, but only one can win.

If you win the treasure hunt, you are then put on a cool down timer for 3 hours from the Exclusive and Limited treasure hunts. You are still able to hunt Standard treasures within that time though, but you might also want to hold onto your sends for when the cooldown ends. Your call.

What’s a Riot Mode and how do I join?
Riot Mode is when there are 25 players hunting treasures at the same time. Once the Riot Mode is reached, the treasure after the current treasure hunt will be Riot Mode. Here’s an example, say the Limited and Exclusive hunts are spawning in 10 and 20 minutes respectively (there’s no way of knowing before the 5-minute countdown starts) when the riot mode criteria are met. These two hunts will be normal. In 5 minutes, the countdown timer begins and 5 minutes later (totaling the 10 from before) the normal Limited treasure hunt spawns as usual. Once found, the clock resets for the limited and will be a Riot Mode Limited treasure when it spawns. Same goes for the Exclusive treasure hunt. Riot Modes provide more UPX generally, but are a lot harder to get as more players are chasing them.

This should give you a basis for starting in Treasure Hunting. Suggestions are welcome and comments are a great way to tell me how this helped or if there’s something you’d like to know more about.

Strategy guru who loves challenges and solving problems and riddles.