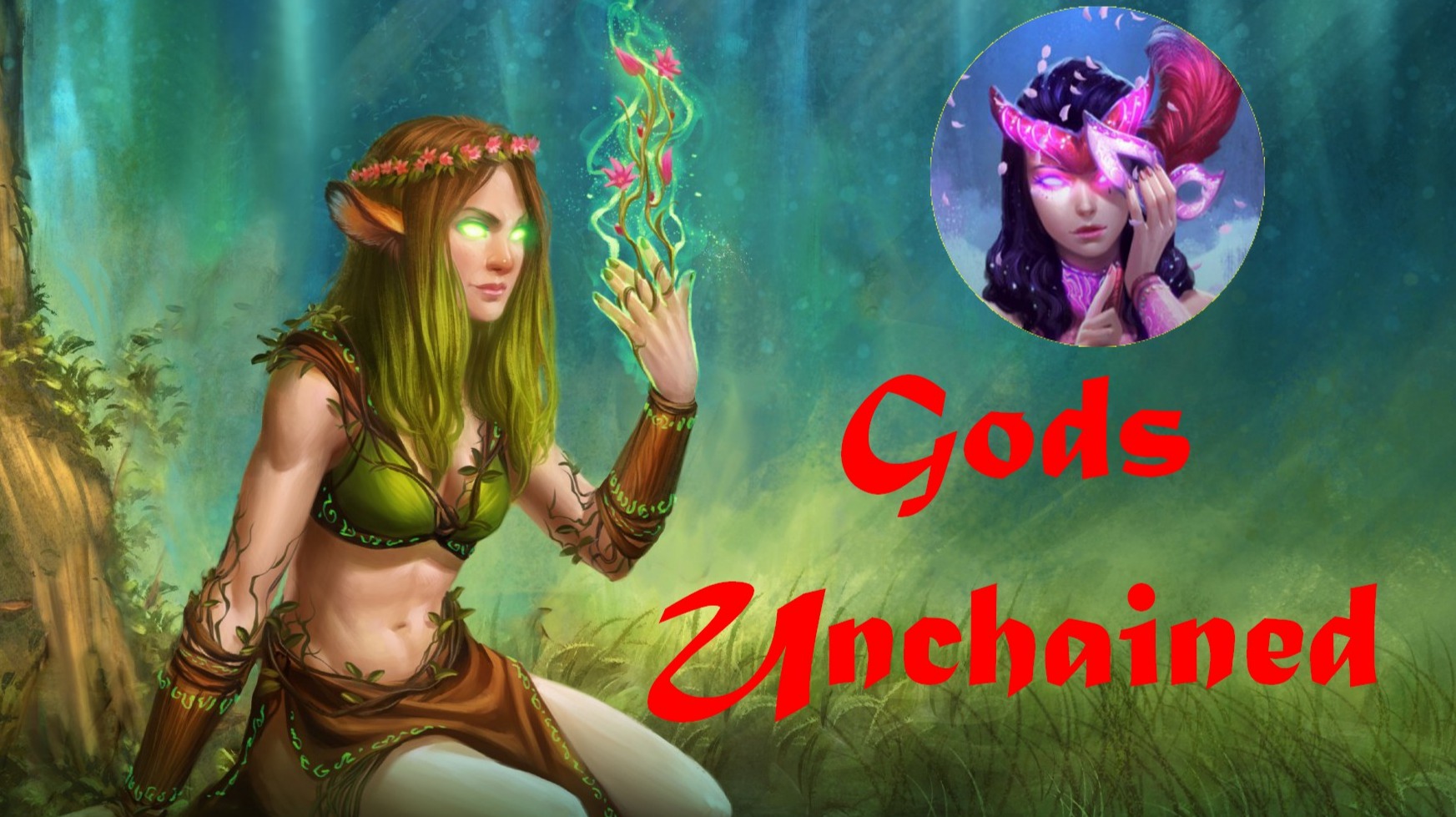 In this video I show a quick battle (6 min) between the goddesses Nature and Deception and the power of two cards.

The two decisive cards of this game have a low mana cost (2) which allows them to be played very early, the Black Jaguar is strong enough (3/3) and has regeneration which is boosted by Guerilla Training to an impressive power. 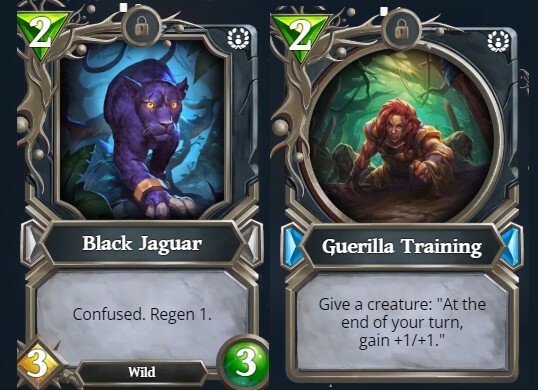 The game is played at the Twilight Shadow rank, the levels are equivalent (7) as well as the cards.

My Nature Goddess has Selena's Mark power which causes 1 dmg to a random creature and heals my Goddess by 1 (I didn't use it).

The opponent has chosen for his goddess Deception the power Opheo's Distraction which causes 1 dmg to a creature and hides it for one turn.