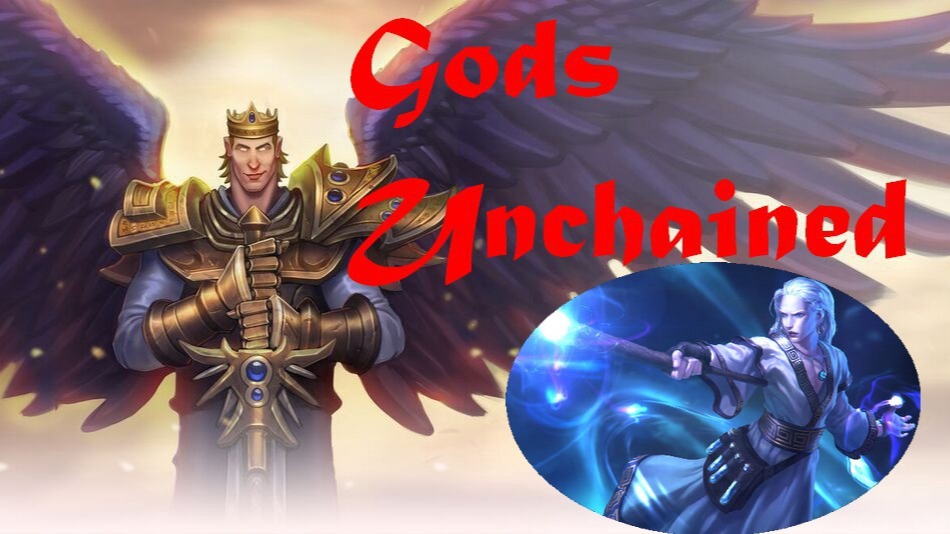 In this video I show the gameplay of a battle of patience between Thaeriel the god of light and Elyrian the god of magic in the blockchain game "Gods Unchained".

In this battle I play Thaeriel with the power "Heal" that I used a lot to heal my creatures after they attacked in order to restore their life points.

I had to attack a lot because my opponent who plays Elyrian with the power "Magic Bolt" had an impressive number of frontline creatures.
Fortunately my backline creature "Chalice Priest" allowed me to reduce the power of the enemy's counterattacks to 2 thanks to its skill. I think it affected the enemy morale when it reduced the attack of his "Helian Elite" from 10 to 2.

I also used the "Imperious Smite" spell to eliminate powerful creatures faster.
My creature card "Patience Priestess" couldn't develop its full potential because it was targeted quickly but I gave it a second chance with "Born Again".

Finally, to speed up the endgame I used "Penitence" on the enemy "Helian Elite" because it had a lot of life points (12).