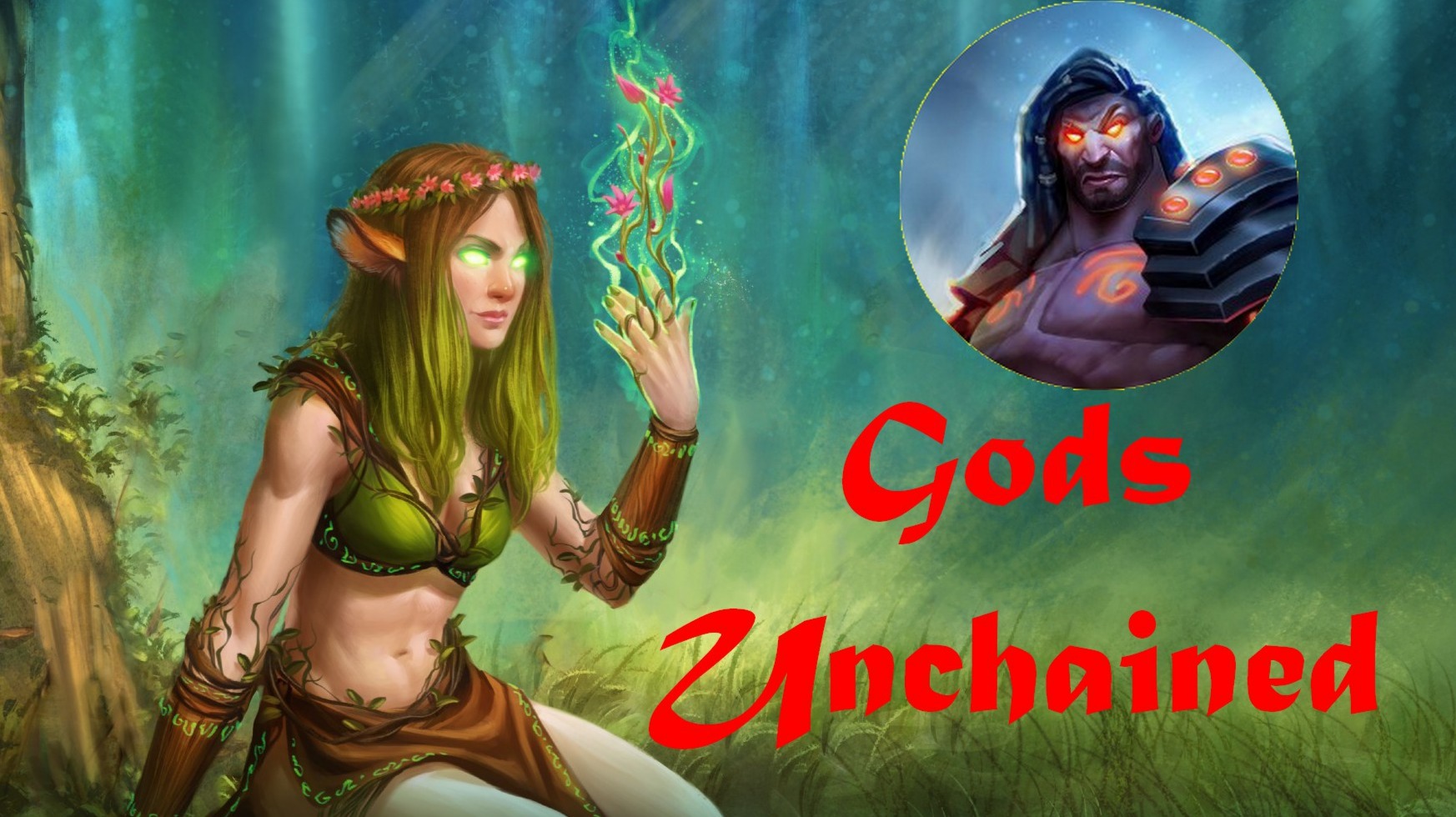 In this video I show the gameplay of a battle between Aeona the goddess of Nature and Auros the god of war in the blockchain game "Gods Unchained".

I play Aeona with the power "Selena's Mark" which is very useful to finish enemy creatures even if the target is random.
My opponent plays Auros with the power "Slayer" which is often chosen.
I highlight the spell "Arrow Of Rage" which I used on a small creature but which allowed me to clean the board, the spell "Revivification" which heals both creatures and the god and which summons creatures even if they are often not very useful.
And the creature "Valewarden Minotaur" which didn't trigger its afterlife ability but which caused good damage.
The game was fast.