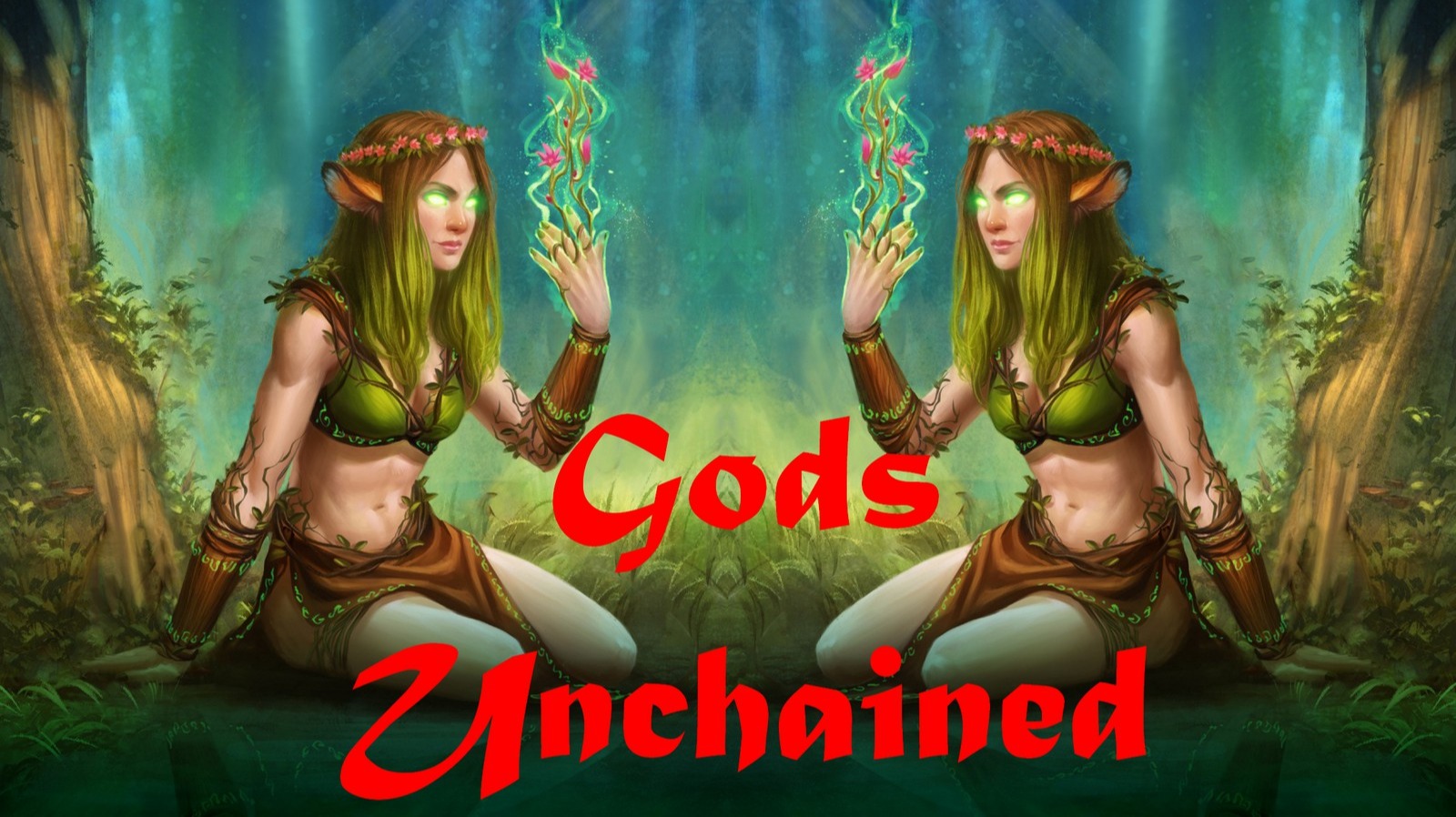 In this video I show the gameplay of a battle between two nature goddesses in the blockchain game Gods Unchained.

The game is played at the Twilight Shadow rank because I was ejected from the top rank after a series of defeats.
My opponent has a slightly lower level than me (7 vs 8) and we have equivalent cards.
We both chose the power "Selena's Mark".
I chose this video because it highlights a particularly powerful card combo.
These are low mana cost cards that can be played early in the game.
The "Marsh Walker" card which benefits from regeneration, and has high hit points (4) and the "Guerilla Training" card which will boost it to a very high level!
I let you look at it: