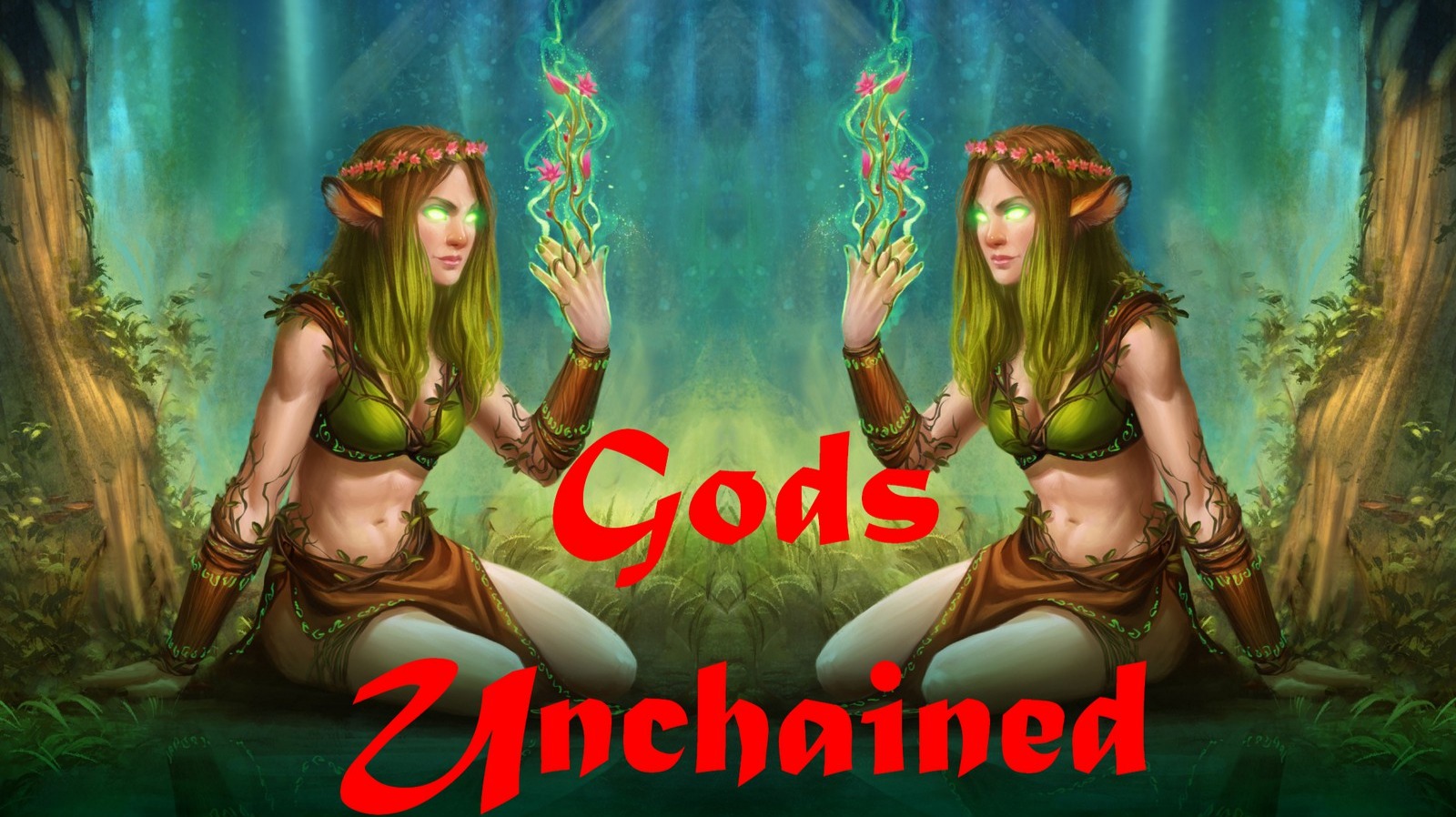 In this video I show a spell oriented gameplay in a battle between two nature goddesses, Aeona, in the blockchain game "Gods Unchained". Please mute the sound, I had forgotten to desactivate Discord notifications

My opponent and I chose the power "Selena's Mark" for our Aeona goddesses.

But many magical destructive spells were also played in this game, especially by my opponent, I quote "Lightning Strike", Canopy Barrage", "The Hunt".

This resulted in the destruction of many creatures until I could play my front line "Cyclop Defender" which I healed as much as possible especially with "Revivification".