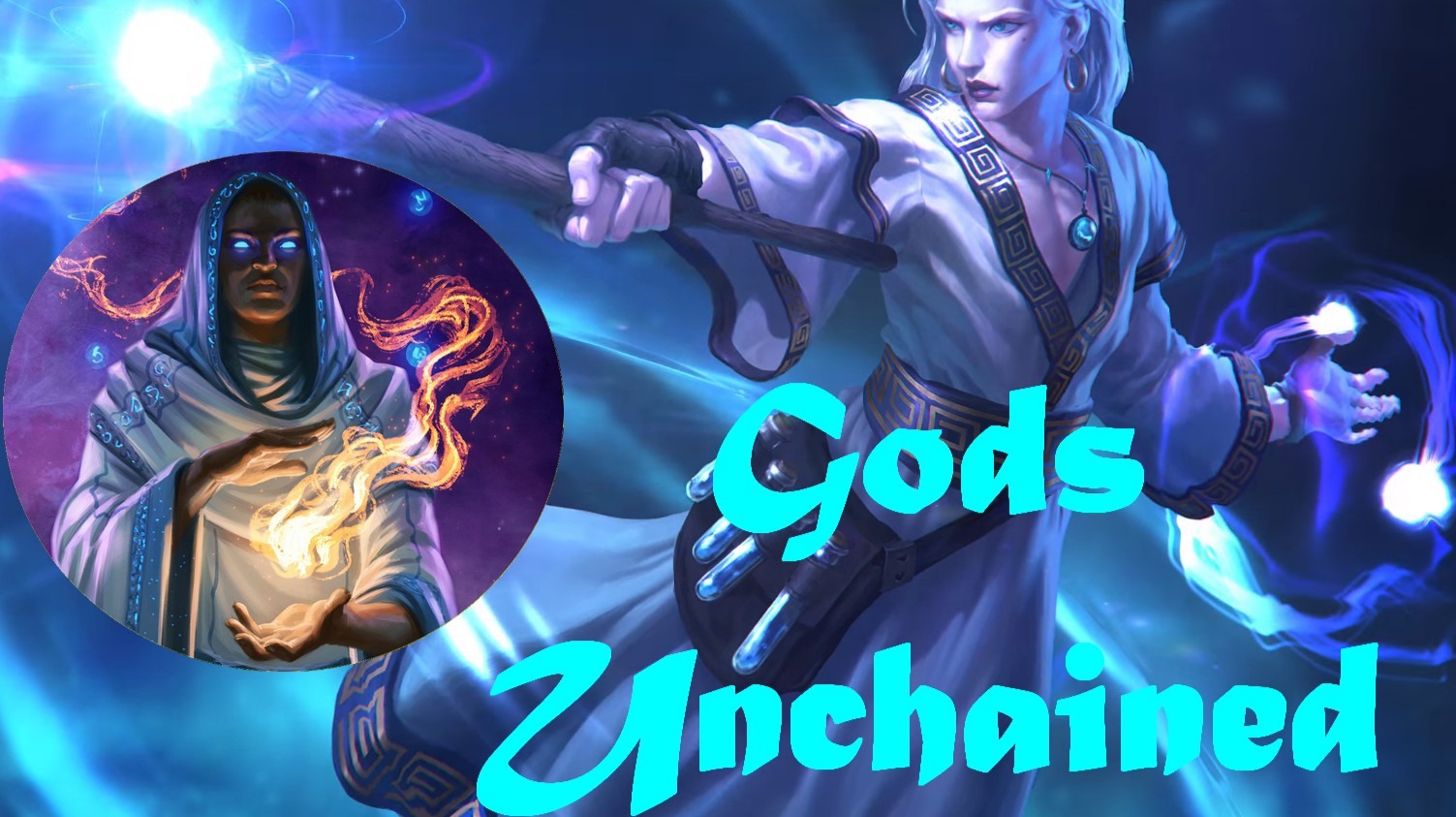 In this video I show the gameplay of a battle between two Elyrian magic gods in the blockchain game "Gods Unchained.
It's a very long game, 20 mn where I had to be patient.

For my god I chose the power "Magic Bolt" which causes 1 damage while my opponent chose "Palla's Genius" which gives him a random spell card of mana cost 1.

He plays a lot of frontline creatures at the beginning of the game which prevents me from doing damage because I don't want to sacrifice my creatures.
Thanks to the relic "Staff Of Shards" and my spells I eliminate them progressively.
The creature "Oni Spellsword" finally allows me to do some damage and the spell "Inferno" comes at the right time to clean the board.
It was a well balanced battle.