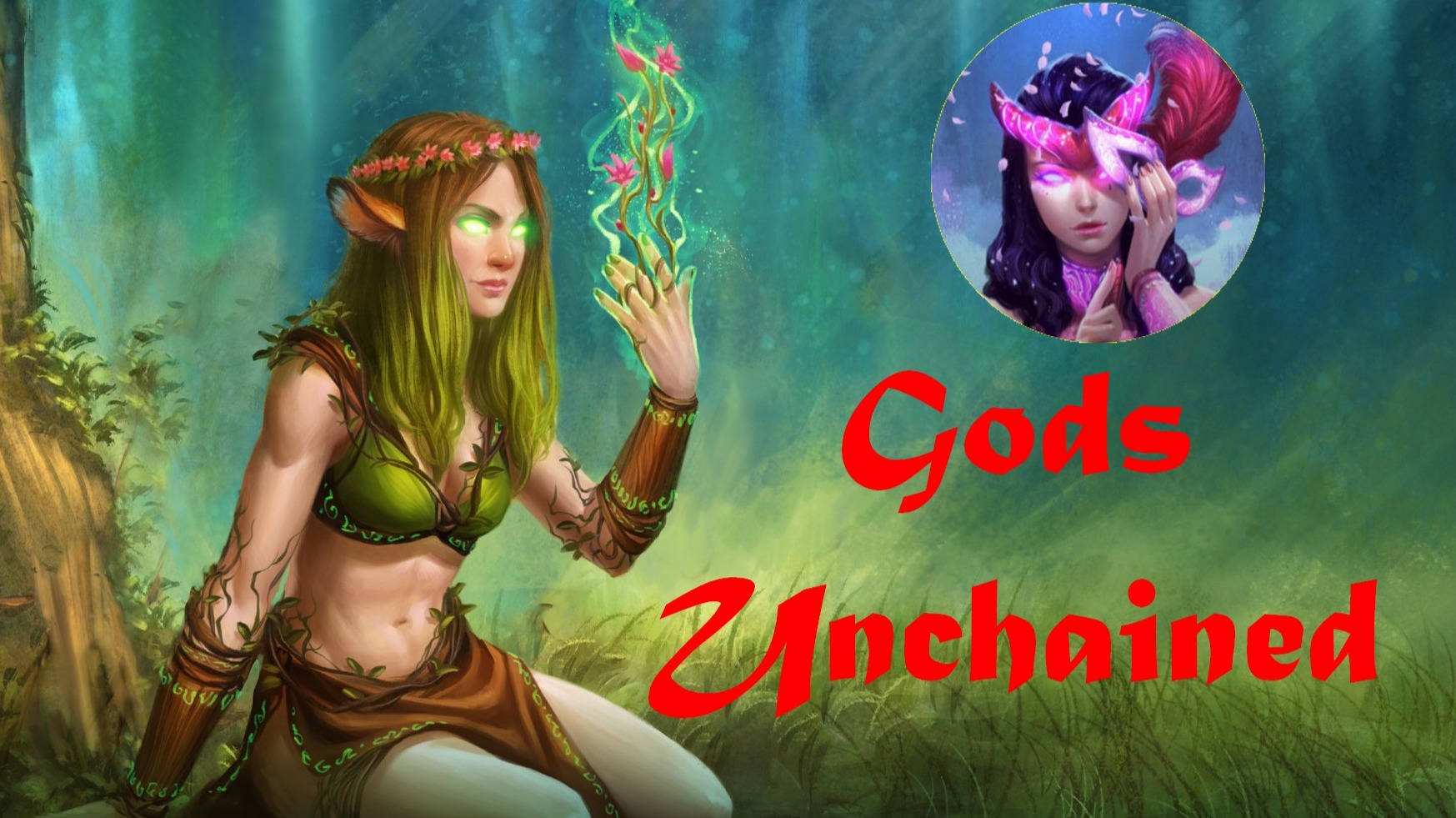 In this video I show the gameplay of a battle between the goddesses Aeona and Ludia (Nature and Deception) in the blockchain game "Gods Unchained".

As I say in the title you have to know your enemy.

I know very well the gameplay of Ludia, the god of my opponent who chose the power "Olpheo's Distraction" which is my choice when I play this god.
I play Aeona with the power "Selena's Mark" which has a lower utility but there is no better choice.

I am not surprised by my opponent's play with his "Switch Duelist" boosted with "Dark Knive", nor by his "Umber Arrow" and I know the danger of "Jynxblade Duelist" and "Vault Vagabond".
So I eliminate these cards at the cost of losing my creatures and life points.
I can then play more serenely and try my new creature "Valewarden Minotaur" which I will keep in my deck.
I discovered in my opponent's deck a new card that I also highlight "Blazing Behemoth" very interesting for its "Blitz" ability associated with "Backline".