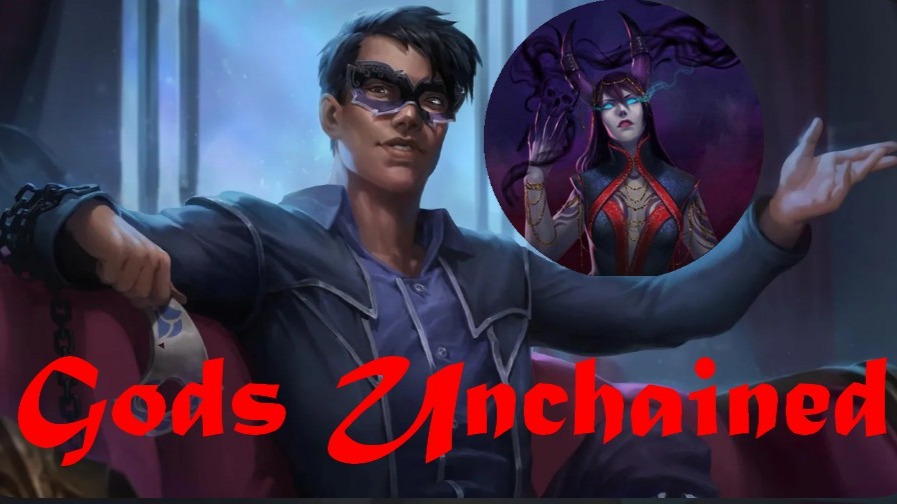 The game is played at Midnight Shadow rank which is very competitive, my opponent and I are level 8 with cards of comparable value.

Malissius' gameplay consists of doing damage to both gods, offset by creatures with the power "Leech" that heal his goddess when they do damage.

My gameplay has been to catch the opponent in his own trap by quickly doing a lot of damage to his goddess early in the game with low mana cost cards that I highlight: