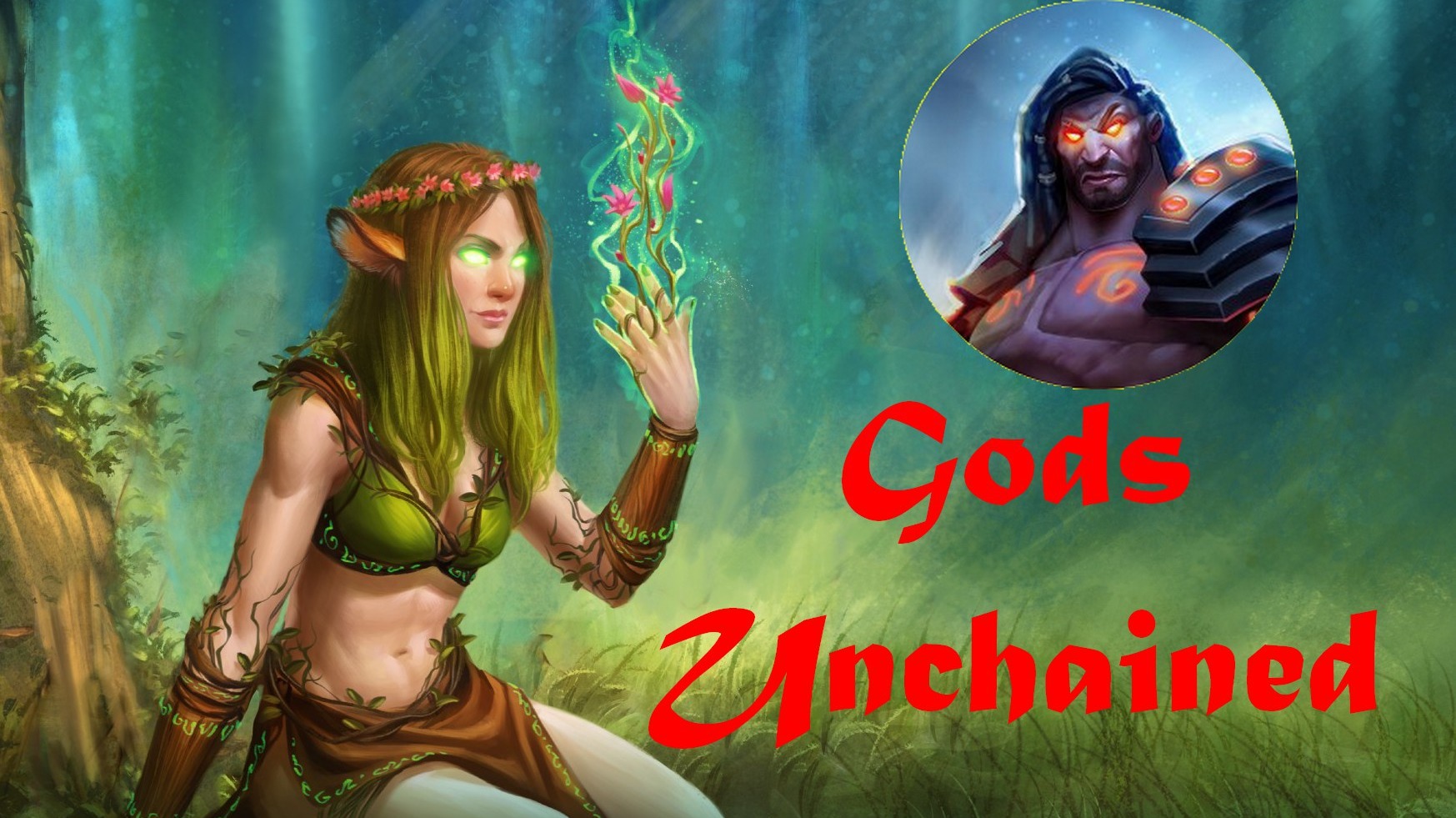 In this video I show the gameplay of a battle between Aeona the goddess of nature and Auros the god of war in the blockchain game Gods Unchained.
I try a risky strategy that pays off but just barely.

My strategy was to boost my "Black Jaguar" as much as possible and avoid him getting killed with his confusion penalty, but I let my opponent do a lot of damage to my goddess, up to 25-3.

I was able to regain the advantage with healing spells and the power of my jaguar and narrowly win.
I highlight my cards used for this gameplay: