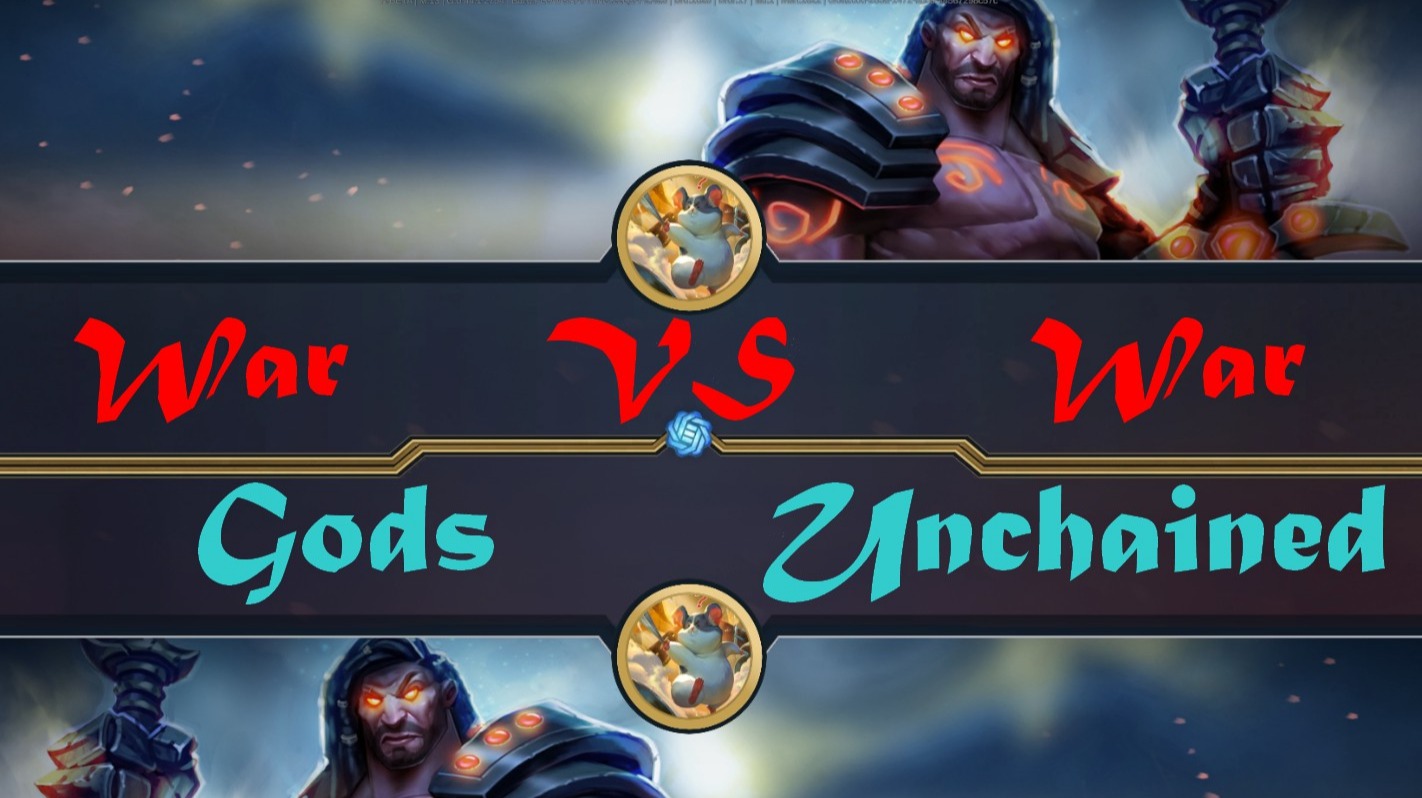 In this video I show the brutal gameplay of a battle between two gods of war Auros in the blockchain game Gods Unchained.

The game is played at the Twilight Shadow rank, my opponent and I play Auros the god of war with the power "Slayer".

The gameplay of a battle between gods of war is based on brutality, the force is privileged on the points of life, one does not use healings, one makes the maximum of damage as fast as possible.

I highlight the relic card "Enduring Shield" that my opponent and I used, but he couldn't take advantage of it, and the creature card "Veteran Cataphract" that provides a good boost.
All of these cards are common (gray).