Eye of the Beholder Trilogy - Free on GOG.com
MyCryptoOutlook2022 BitYard Contest and Giveaway - $1,200 in ETH Prizes! >> JOIN FROM HERE << 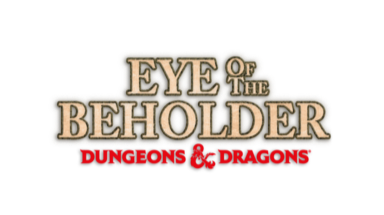 Eye of the Beholder Trilogy - Free on GOG.com

Looking for a new game to play? The GOG.com store has you covered. Pick up the Eye of the Beholder Trilogy at https://www.gog.com/game/forgotten_realms_the_archives_collection_one

The Eye of the Beholder Trilogy contains three awesome games:

GOG.com has some more information, but for the basics, check this out from the game page:

The Forgotten Realms world of Dungeons & Dragons has been home to many a hero and imagination since its publication, producing adventures and stories to be retold and enjoyed for years to come. The Forgotten Realms Archive - Collection One allows you to journey through one such set of adventures: the Eye of the Beholder trilogy, a set of first-person, real-time role-playing games.

General information, news, and more that are unrelated to crypto.