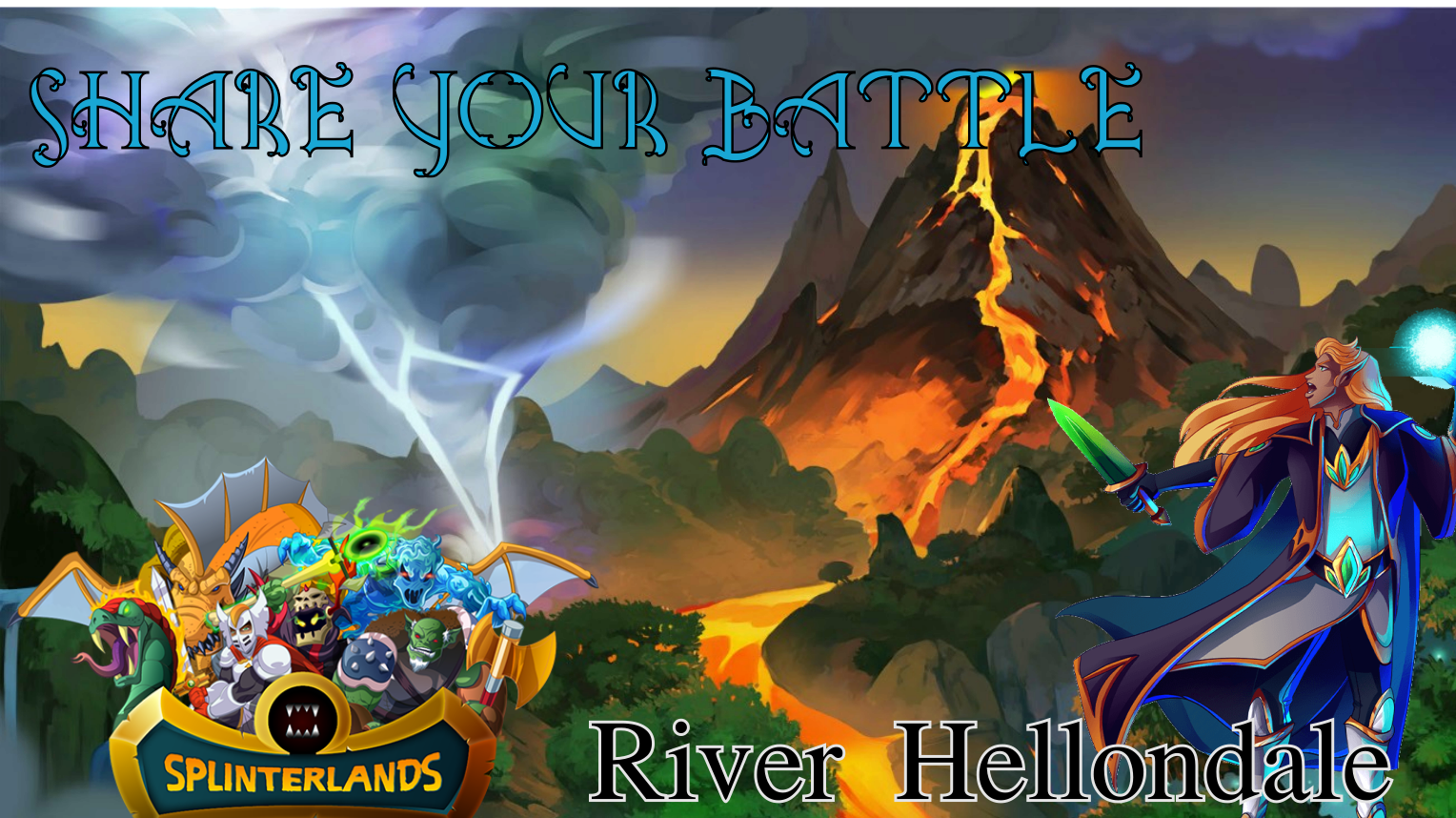 Resurrecting the fallen with River Hellondale, a splinterlands battle

Last week i dove deep into peakmonsters.com to explore the many cards and their abilities this game have to offer. And that's when i found River Hellondale, a water card with the resurrect buff.

As i am currently roaming in silver league, i thought i give it spin, to see if this is a card to add to your collection and if the resurrect ability could be a game saver.

So let's see the epic River Hellondale in action in 7 round battle against Death.

River was born and raised in the city and lived on the coast his entire life. The view of the water from his bedroom window sparked his imagination as a child, and the sound of it lulled him to sleep. In time, he trained in water-based elemental magic and became an accomplished mage.

When an opportunity came to travel to Praetoria, he couldn't turn it down. Upon his arrival, his natural affinity for helping others landed him a role on New Everitt's town council. He bonded with the town's leader, Bera, and was her trusted confidant in all matters.

River felt particularly helpless when the Creeping Plague came to New Everitt. He could do nothing to help those suffering, but when the Chaos Legion arrived, he took up arms alongside Bera to defend the town he loved.

As this card has a fairly high mana cost, i used it only in the higher mana (34 plus) battles. It's a great center card because of it's 4 health and 1 defense. This way you can surround the card, and keep it alive for as long as possible.

Link to the battle

For this game i chose the Legionaire Alvar as a tank because it's very high defense and life. And with 2 attack, it's a great tank to use in high mana battle's. As a second monster, Flying Squid, because of it's reach ability.

In center, River Hellondale. This because of it's defense and magic attack. After this card i put the Venari Wavesmith to add an additional 2 defense to all monsters above the one given by the Summoner.

On the 5th place i added Merdaali Guardian, to heal any damage done to the monster in tank position. And as a closer the Sniping Narwhal to attack magic monsters on the opponents side.

After the buffs are set, my tank has a nice 11 defense. My opponent picked the bone golem as a tank, which, with its void buff, was able to block out attacks of my River Hellondale en Venari Wavesmith. Meaning the only damage that could be done, would come from my tank and the flying squid.

Luckily the Sniping Narwhal took out the Scavo Hireling meaning defense of my opponent wouldn't be repaired. And this was the only monster down in the first round. This round my tanks defense got almost entirely depleted, and on my opponent's side, only the Goblin Chariot took some damage.

During this round, the Goblin Chariot got taken out. And after my tank took more hits, it was taken out by the Bone Golem. And that is when River Hellondale's resurrect came in to play. My tank revived with 1 health, but with it's full 11 defense!

And this was were the game changed from slightly losing, into winning. By being revived, the bone golem is taken care of, my tank had a little healing, and the Sniping Narwhal took the fall. But my magic monster could finally do some damage to the Disintegrator. In round 5, my monsters depleted the defense of the Disintegrator, Leaving it vulnerable in the next round. And due to a miss on my tank, we entered round 6 with 3 defense. Now the Disintegrator get's taken down, as well as my tanks defense. But due to healing of the Merdaali Guardian, my tank has 5 life back, so it can survive another attack round. And this is how we entered the 7th and final round. After the Silent Sha-Vi gets taken out by River Hellondale, Dhampir Stalker moves into tank position. Here it could do no more damage and is taken out, ending the battle.

Due to the Resurrect buff of River Hellondale, the battle changed course from a loss into a win. This in combination with the Merdaali Guardian let my team come out of battle as winners.

Although a River Hellondale card is switching owners at $7.50, i think it is a great card to be added to your collection because the resurrect buff can be a real game changer.

Only downside is, is that it is a costly mana card, which is best played as a center card in higher mana battles.