Transhumanism and the Advent of Conscious Evolution 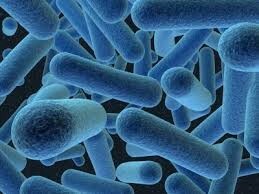 Since the first form of life emerged from the cosmic soup of protoplasm that had agglomerated to form our planet, evolution has been an intrinsic and continuous element of organic life. However, it is only now that we are, for the first time, faced with the prospect of taking evolution into our own hands. This next phase in our own evolution will be fundamentally different in many unprecedented ways:

Taking control of our evolution and its direction is something that is already happening, whether we are aware of it or not. Consider the ways we have chosen to use technology in industry, work and everyday life. We have chosen to use mobile devices and social media to extend our abilities to communicate with others, even when they are in remote locations, thus making distance almost completely irrelevant, whilst simultaneously being able to change our own locations and we likewise use the Internet as a means to extend our abilities to increase our productivity in many areas by several orders of magnitude.

Despite these advancements in the ways in which we interact with our environments and peers, there is however still a great deal of opposition to the notion of mechanizing ourselves, as it were, this fear being due mainly to ignorance of the unknown and being aggravated by popular fiction in, e.g. films such as The Terminator, being one of the first, and possibly most significant science-fiction films addressing the idea of the machines taking over. 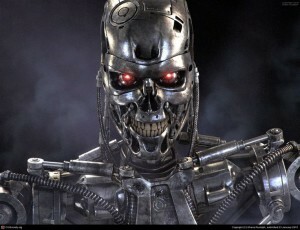 The proponents of morality and various religious interpretations nevertheless invariably seem to ignore the relative helplessness we, as organic humans, are subject to with regard to our fragile and temporary physical bodies, not to mention the imperfections and birth defects that countless individuals suffer from simply because there is currently no option to prevent such random shortcomings on the part of nature. The point I would like to make is that, if it is a question of morality, then not taking advantage of the ever-improving technological capacities we now have at our disposal would in fact be far more immoral than altering the supposed sacred physical body, especially if thus altering said body is for the purpose of correcting obvious deficiencies or improving it in such a way that we are able to experience a better quality of life.

By using a mobile phone, a car, an elevator, a hearing aid, a prosthetic limb, we have in fact already taken the first step toward this next phase in our evolution, regardless of whether we have noticed it or not. We have indeed become cyborgs in the sense that we now have the ability to perform functions that would have been unthinkable a mere 20 years ago and it is indeed no longer possible to deny that the world is today a totally different place from what it was just half a century ago.

So why are so many people afraid of the idea of becoming cyborgs or somehow infringing upon the apparently sacred physical body? Basically, it is a primal fear, namely the fear of the unknown, which all conscious lifeforms suffer from to a certain degree. Those that fear the idea of mankind taking evolution into its own hands all share one interesting aspect in common: none of them have actually considered the benefits that it would bring them if they were able to decide the direction of our own evolution and thus reduce or eliminate the limitations that our environments impose upon us. Why then is it so difficult for them to see this? The question needs to be posed at a more fundamental level: Why is it so difficult to show anyone anything that they have already decided is in some way bad? A classic case of giving a dog a bad name and hanging him, as it were. The human ego is such that it actually needs fear and requires it to perpetuate the status quo of its existence, so any attempt to introduce anything, (e.g. any ideas or concepts) that do not correspond to what it has already adopted as a part of its self-perpetuating fear-based structure, is automatically rejected without allowing the mind, pertaining to the person in question, to consider the matter any further.

But what will eventually happen to those that refuse to relinquish this fear? As is already the case, those who refuse the advantages that mechanical augmentations will offer and are already providing to mankind will find themselves at an increasing disadvantage in a society in which mechanical augmentations and health enhancers are the norm in the near future. Imagine being able to learn a language, or a skill such as programming or engineering, or networking, or business development, within minutes or even seconds by simply uploading the information to your mind directly, most likely wirelessly as is already being done with brain implants for the treatment of Parkinson’s disease. Where would this leave those that choose to continue along the traditional methods of years of study, memorisation, practice, trial and error? And would they be able to compete with their cyborg counterparts that already have the benefit of years of collective experience in the use of relevant skills by the time they have completed their traditional theoretical studies? Consider the disadvantage that those who refuse to improve their organic existences by means of cybernetic augmentations will be faced with when old age sets in and their more efficient cyborg counterparts render them redundant. Will there really be a choice when the time comes? In the light of our planet’s history, the human ego has proven to be remarkably stubborn when faced with any changes it has decided do not correspond to its established thought structures and mankind has always been plagued by its inability to adapt to such change, even when there is no doubt with regard to its objective benefit (ref. e.g. arrogant bosses, ‘old-fashioned’ hospital patients and spoiled children). It is this failure of human beings to simply accept and embrace change that has prevented its species from progressing far more rapidly in the past and the same holds true with regard to the obvious benefits that transhumanism will bring to humanity and life on this planet in general.

By incorporating technology into our everyday lives, we have already affected the trajectory of our evolution and there is no turning back. The logical next step would be to incorporate it into our bodies, and of course we have already been doing this for decades too. Here is a recent video on the state of the technology and there are countless other examples of how technology is helping people to have normal lives again:

As can be seen in the short video, the other hitherto non-existent ability that future-man will be able to take advantage of is remote control of physical objects, machines, etc. This will not only mean that we can be physically present, in a sense, in remote locations by means of the machinery, etc. that we will thus be able to control, but will in fact enable us to be present in other ways too. It is already possible to do this by means of both simple as well as complex avatars. Here is an example.

Hiroshi Ishiguro, a japanese robotics engineer and the developer of possibly the world’s most human-like androids to date, is able to conduct remote meetings by means of his avatar, Geminoid HI-1. “I don’t think there’s an ethical problem,” he says. “First we have to accept that robots are a part of our society and then develop a market for them. If we don’t manage to do that, then there will be no point in having a conversation about ethics.”

And then there is of course the other avenue, referred to as ‘super strength’, i.e. the ability to augment our body’s physical strength. Here is an example of what is already being done extensively by means of robotic exoskeletons.

Another aspect, which is today often associated with transhumanism, is bionics, i.e. the fusion of mechanical (artificial or man-made) components into our organic physical bodies to thus enhance them. Becoming cyborgs or bionic men, as it were, is also something which is now becoming more and more widespread in developed countries around the world.

But is there really a choice? As illustrated above, we are already becoming cyborgs, whether we know it or not and whether we like it or not, or rather, whether we choose to see it that way or not. As can once again be seen from history, gradual change meets with less resistance than sudden change (consider climate change, pollution, media profanity and violence, sexual explicitness, etc.) and this is exactly what is happening, except in the case of certain fringe groups such as the amish, luddites, etc., who choose to keep themselves aloof from mainstream society. History also teaches us that those who refuse to adapt become redundant (remember what happened to the dinosaurs, typewriter companies, all those postmen you used to see around). The relentless permeation of every aspect of our lives, including increasingly our bodies, by technology will not stop in the face of ignorant fear. Evolution never ends and the only absolute is that there is no absolute, change thus being the only constant in an ever changing universe.

Looking forward to your insights in the comments below. Also feel free to contact me at [email protected]

Prolific writer and world-renowned linguist. Author of "The Mechanics of Mind".

My thoughts on futurism, transhumanism and the march of human mechanisation through the innovations in AI, prosthetics, VR and remote operation.