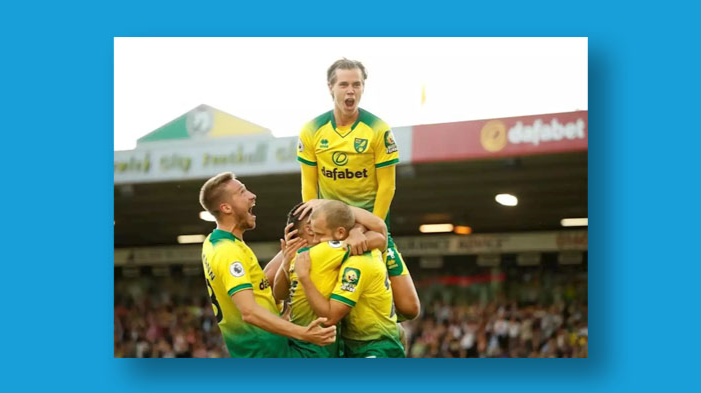 It was the much-anticipated premier league matchday 5 actions as lots of exciting fixtures took place. Newly promoted Norwich City who have been very impressive this season locked horn against the current premier league title holders Man City, a game that saw Norwich pull off a shocker at home to inflict Man City with their first defeat of the season.

Norwich who earned their promotion into the premier league this season after having an incredible season in the championship last season, has caught the eyes of many in the premier league this season due to their style of play and their performances in most of their games played so far, even though results have gone against them in most of the games they’ve played. Going into this game against the current best team in the premier league was always going to be a huge mountain for them to climb after coming from back to back losses. Nevertheless, they once again proved that football is all about what happens on the pitch rather than what is on paper. An incredible performance by the newly-promoted side to inflict Man City with their first defeat of the season.

Man City have been quality as usual this season. As expected, they are currently in the top 2, the closest team to Liverpool who have been on fire so far this season. This fixture against Norwich City was one of those fixtures where a lot of persons were expecting Man City to do their usual business by coming out with a comfortable win away from home, however, things turned out to be a different story as they were stunned by the newly promoted Norwich City. 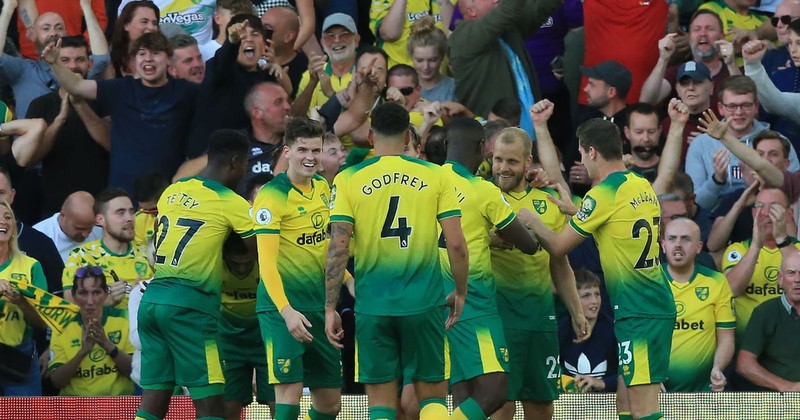 It was an amazing and exciting atmosphere at the Carrow Road, as fans were all excited and ready for the game.

Man City setup in their usual 4-3-3 formation with Aguero leading the line in attack, while Norwich setup in a 4-2-3-1 formation with their in-form player of the month winner Teemu Pukki as the number 9. The game began and as expected Man City began the game as the stronger side, having more of the ball and creating a couple of chances early in the game but weren’t able to convert any of the chances created. Norwich later grew into the game as they had a few chances before taking the half time lead. A similar situation in the second half as Norwich finally sealed the victory early in the second half to beat Man City 3-2 at home.

Kenny McLean scored the first goal for Norwich in the 18th minute, jumping highest to convert from a corner kick cross.

Todd Cantwell doubled the lead for Norwich in the 28th minute, tapping in from a squared pass from in-form Pukki.

Sergio Aguero got a goal back for Man City just before half time, in the 45th minute, putting in a fine header inside the box to beat the Norwich goalkeeper.

Teemu Pukki, the current premier league player of the month winner and in-form striker finally got his name on the scoresheet in the 50th minute, receiving a pass inside the box from a capitalized defensive error made by the Man City defender, to calmly finish the ball home to seal the victory for Norwich.

Rodrigo, the Man City new signing got his goal in the 88th minute with a fine strike outside the box to restore hope to Man City. However, it was too late as there was little time left on the clock to get anything out of the game.

An emphatic win for Norwich at the Carrow Road as they continue their impressive performances this season. For Man City, they now suffer their first defeat this season and have fallen 5 points behind the current league leaders Liverpool. This post can also be found on my scorum blog