Amsterdam, The city that never sleeps!

Do not be mistaken for the Amsterdam city in Montgomery County, New York in United States of America. A city here in reference is the Dutch city of Amsterdam located in the North Holland province of The Kingdom of The Netherlands. Also one should know that Amsterdam in United States of America adopted its name from the original city of Amsterdam when dutch settlers settled in North America before the it become united states. To the Dutch settlers, they established it as the New Amsterdam in the 1600s as the Dutch new short lived colony by then. 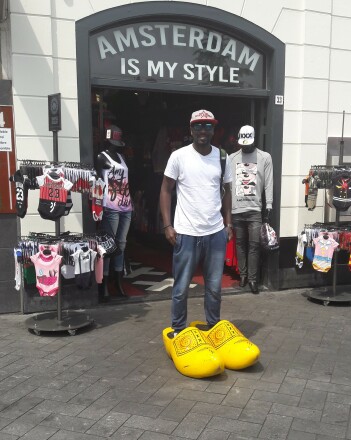 Going back to the original city of Amsterdam of The Netherlands, It stands out as one of the most unique city in the world most cherished for its history, cultural diversity, freedom and endless sightseeing features. This started and founded as a fishing village around the thirteenth century developed round a dam in the Amstel river at the end of the 12th century. The name Amstelledamme occurs for the first time in the toll concession of Floris V, Count of Holland, dated October 27, 1275. This city flourished as a hub for many fishermen attracting many traders from many other regions around the kingdom.

Reflecting back on what makes this city one of the most unique city is its cultural diversity compared to any country in the world. Amsterdam is known  to have more culture per capita than any other city in the world. For example Van Gogh Museum, Rijksmuseum, Anne Frank House and Stedelijk Museum among other all provide an insight into the the history of this region from the medieval times to the most recent times as world war 2 era.

Amsterdam is the home of the very first world's stock exchange established  by the Dutch East India Company in 1602, this financial institution once occupied the impressive Beurs van Berlage building, which still stands today.

Leaving a lone such memories, this city is endowed with eccentric museums, which deal with anything from drugs to deformities. Examples such as the Torture Museum, Sex Museum, Hemp Museum, Funeral Museum and Museum Vrolik are all evident for any inquisitive tourist.

The uniqueness of this city is evident too in its ability to legalize anything that can be deemed illegal in most countries around the world. For example in Amsterdam one could find the world's most old a biggest red-light district where prostitution very legal and considered as work that generates taxes for the economy of the Netherlands. In fact ex-prostitutes are involved in tourism promotion of the city. Much respect for the sex workers for their contribution to the economy.

In reflection to the last revelation about legalizing a lot of things that might be deemed illegal in other countries, Amsterdam has the biggest number of coffee shops. These coffee shops are not what most people are familiar with in other countries. A coffee shop in the Netherlands is a place where one can obtain  marijuana. These places people can either buy and take away to any place they desire to consume it or they can sit at the coffee shop and enjoy the stick of a desired content any soft drug because coffeeshops pay taxes and also prevent shady street dealers filling the inevitable vacuum that would exist if they didn’t.

The famous AJAX football team is found in this lovely City with its home stadium famously known as Amstel Arena but now renamed after the famous soccer legend  Johan Cruijff who did a great job to make AJAX Soccer club to shine to glory. This stadium adopts his name for his memories he left for the country at large.

It is believed that Amsterdam city is believed to have more bicycles than any city in The Netherlands. Also that the canals in this city keep more bicycles than any place on earth. Without a bicycle, you might miss out a lot of treasures in Amsterdam which are most enjoyable to see only if you had a bicycle. Good thing is there are bicycle hiring companies that enable anyone regardless of being a tourist to hire a bicycle.

The most amazing thing was the printed house idea. These houses are available for anyone who wants a quick escape from the mainstream life styled houses. These houses are 3D printed houses which are derived from the technological advancements in the 21st century. These kind of houses can be found in the Northern part of Amsterdam (Amsterdam Noord).

Similar to the last point are the boat houses that have existed for many decades. The most spectacular of them in recent years is from the cat-lover, Henriette van Weelde, the sanctuary has, curiously, become something of a tourist attraction in recent years, though that doesn’t seem to get in the way of the charity’s primary objective: rehoming Amsterdam’s abandoned moggies.

You can find great offers on www.viator.com

Have you found this article resourceful? feel free to share it as a gesture of support to our blog. You can further show your support to us by simply downloading and using the  Brave browser by just clicking the Brave Browser logo below. This browser can be installed on your PC/Tablet or Phone for free.

Brave will give you a whole new experience of the internet putting your privacy into consideration from cross-site trackers and unwanted scripts and also get rewarded for browsing the internet using this Browser. Plunge yourself into action and give it a shot by clicking on the Brave logo above.

Also get rewarded in cryptocurrency  for reading this article with Publish0x using the link below. Also with Publish0x you can explore your possibilities in story telling. Use the details below by simply clicking.

Have you been to Amsterdam and you wish to give your experience? feel free to share with us in the comment section below.

Founded in 2016 on the premise that making travel plans should be easy and exciting. Based in the Netherlands, FBEspecialize in providing each customer with a wide array of travel packages and services information through articles and blogs

Founded in 2016 on the premise that making travel plans should be easy and exciting. Based in the Netherlands, we specialize in providing each customer with a wide array of travel packages and services. Flying Blue Exites-FBE is a tours and travel online company that gives tips and advise related to fares of traveling and accommodation, and offers on travel goods & services around the world registered under the Netherlands (Dutch) Chamber of Commerce KVK number 73153842 and VAT(BTW-ID) NL002513005B33). 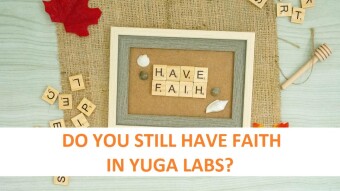 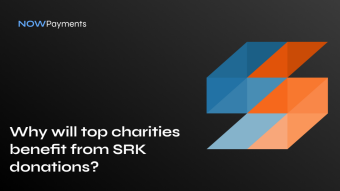 Top 3 charities & how they can benefit from Sparkpoint