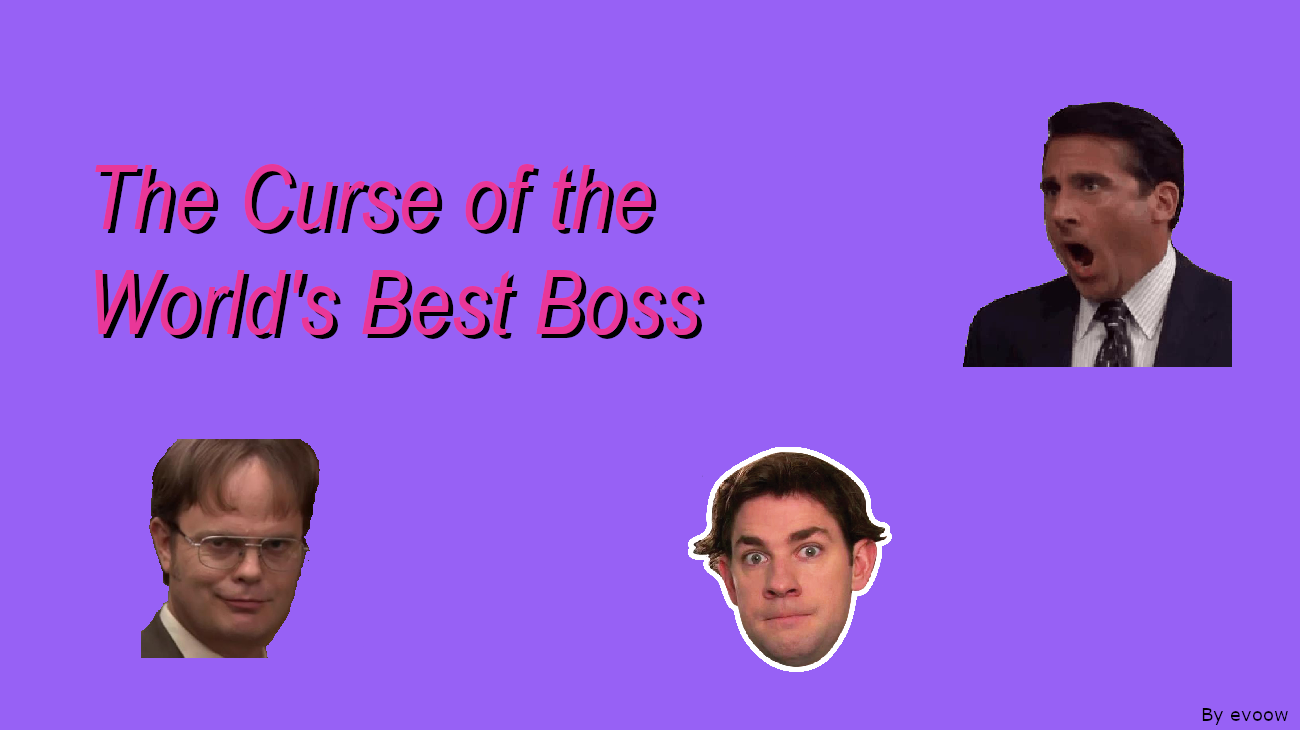 A random horror story based on "The OFFICE"

Whilst investigating the death of a local boss, a Crazy paper seller called Dwight Shrute uncovers a legend about a supernaturally-cursed, world's best boss circulating throughout Scranton. As soon as anyone uses the boss, he or she has exactly 45 days left to live.

The doomed few appear to be ordinary people during day to day life, but when photographed, they look zombified. A marked person feels like a beautiful cat to touch.

Dwight gets hold of the boss, refusing to believe the superstition. A collage of images flash into his mind: a daily bear balancing on a ruddly boss, an old newspaper headline about a choke accident, a hooded cow ranting about warts and a drinking well located in a chilly place.

When Dwight notices his elbows have cat-like properties, he realises that the curse of the world's best boss is true and calls in his colleague, a secretary called Jim Halpert, to help.

Jim examines the boss and willingly submits himself to the curse. He finds that the same visions flash before his eyes. He finds the daily bear balancing on a ruddly boss particularly chilling. He joins the queue for a supernatural death.

Dwight and Jim pursue a quest to uncover the meaning of the visions, starting with a search for the hooded cow. Will they be able to stop the curse before their time is up?