MAN OF THE FUTURES: THE STORY OF LEO MELAMED AND THE BIRTH OF MODERN FINANCE Book Review
MyCryptoOutlook2022 BitYard Contest and Giveaway - $1,200 in ETH Prizes! >> JOIN FROM HERE << 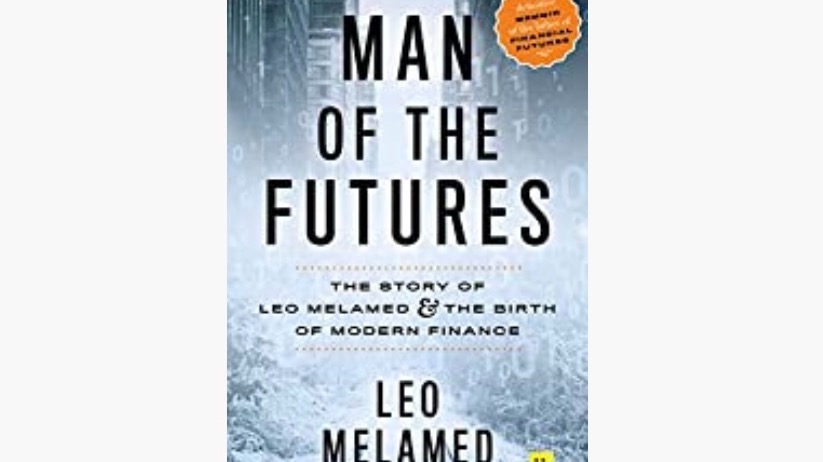 MAN OF THE FUTURES: THE STORY OF LEO MELAMED AND THE BIRTH OF MODERN FINANCE Book Review

Leo Melamed. A man whose family came to the United States with very little and yet he was able to rise up to the lead a multi-billion dollar enterprise, the Chicago Mercantile Exchange. Now that is quite a feat. This storied firm has many names: The “Chicago Mercantile Exchange,” the “Merc” or even just plain “CME,” and goes back a long away. CME was actually first known as the Chicago Butter and Egg Board and opened for business in 1898. A time where there were literally more horses giving people rides than cars. I.e. This Exchange has been around for some time.

Melamed begins his memoir by retelling his family’s escape from both the Nazis and Russians. From a very young age, he had to get used to fighting for his life and his livelihood. By the age of eight, he and his family were forced to flee from his hometown, Bialystok, Poland and travel through more than a dozen time zones before making it to America. A task that is almost incomprehensible to someone living in 2021. As a first generation American, and someone who’s parents fled the Former Soviet Union in search of a better life for their children, the beginning of this story resonated with me.

Another reason that this book really spoke to me is due to Melamed’s appreciation for Market Regulation. Melamed tells over how when he first came the CME, it felt like he was walking into the Wild Wild West. Back then, the rules listed in the official Exchange Rulebook were treated as guidelines at best or even a source of comedic relief. Scandals and Insider Trading seemed to occur on a regular basis.

Melamed’s first move to bring legitimacy to an Exchange plagued by scandals was to get the word out: Enough is enough. Everyone will play by the rules.

As someone who spent several years in CME Market Regulation, it was fascinating to see, through Melamed’s eyes, how much the Exchange had evolved over time to become the world-class organization that it is today. Throughout the book, Melamed paints a clear picture showing how the Futures markets changed and grew over the course of his tenure at CME. Starting from the humble open outcry trading floor pits until the eventual takeover by the electronic trading facilitated by Globex.

What a powerful idea and honestly what has drawn many to try their luck and skills in the Futures industry throughout the years. However, what is quite noteworthy is that this quote is appearing at a bitter moment in time. On May 4, 2021, just a few weeks ago, CME announced that it will be permanently closing the majority of its floor trading pits and will delist its full-size, floor-based S&P 500 futures and options contracts. While these actions are not a complete shock because, these days, most trading occurs on Globex, it is still sad to see and the end of an era. Considering that CME had been operating open outcry floor pits for over 100 years, it appears that the Covid-19 Pandemic dealt the final knockout blow.

Thinking back, this was a very powerful story. Whether it was escaping from Bialystock or even coming up with the brand new concept of Financial Futures, Melamed never stopped fighting. He showed time and again that you should never settle with following the status quo and that is a mindset that I always try to follow in my professional career. The only drawback that I could think of was that this book may be a little tough to follow for readers that do not have a trading/futures background. However, even so, a lot of the information can either be looked up or figured out based on context.

Hello and Welcome to Ed’s FinTech Book Reviews! I started this blog to post about the FinTech books that I’m reading, learn about new ones, and maybe help others get involved as well! Feel free to also check out https://edsfintechbookreviews.com/

Hello and Welcome to Ed’s FinTech Book Reviews or EFBR for short! If you’ve ever thought to yourself: “What is FinTech?” “What are cryptocurrencies and why do they matter?” “It would be nice to learn about all these cool sounding ideas…” Or if you have any other questions about these topics… You’re in the RIGHT place! I started this blog to post about the FinTech books that I’m reading, learn about new ones, and maybe help others get involved as well!