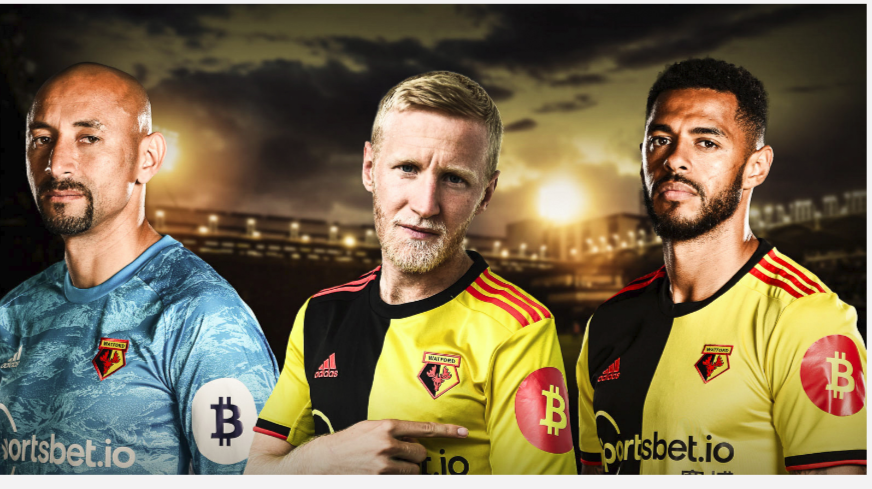 It is true that the premier league teams are pioneers !! On the shirt of one English top-flight soccer outfit Watford Football club players will exist the Bitcoin symbol and also the team will accept the cryptocurrency for purchases merchandise, with a view to potentially becoming an onsite currency to be used on match days, according to the Coingaming Group, owners of the Sportsbet.io .

Watford have announced the Bitcoin logo will appear on the team’s shirt from their next game against Arsenal on 15th September.

To celebrate the Bitcoin sponsorship with all Bitcoin holders, Sportsbet.io is also giving away a 2 mbtc Free Bet to all Sportsbet.io players if Watford scores against Arsenal this coming Sunday. More information on the amazing offer can be found https://sportsbet.io/promotions/free-bet-giveaway.

The announcement was  also accompanied by the launch of Sportsbet.io’s 'Know no boarders campaign', which highlights the brand's commitment to putting players at the heart of the action, no matter their country, sport, team or currency.

In this blog i will publish various subjects such us crypto news, tech news and science news