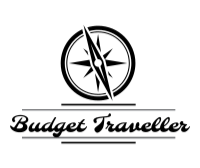 No Plans Of TwitCoin Launch

Jack Dorsey who is Twitter and Square CEO, made a statement which came as a surprise for the blockchain enthusiasts. by announcing  that his platform has no plans to launch a Twitter crypto coin in the future and he will try promoting  Bitcoin as the main digital currency of the internet.

Exactly he told I think open internet standards serve every person better than ones controlled or started by companies and I think [Bitcoin’s] the best bet because it’s been the most resilient, it’s around for ten years, it has a great brand, and it’s been tested a bunch. As I look at all cryptocurrencies that could fill that role of being the native currency for the internet, [Bitcoin is] a pretty high probability.

In this blog i will publish various subjects such us crypto news, tech news and science news