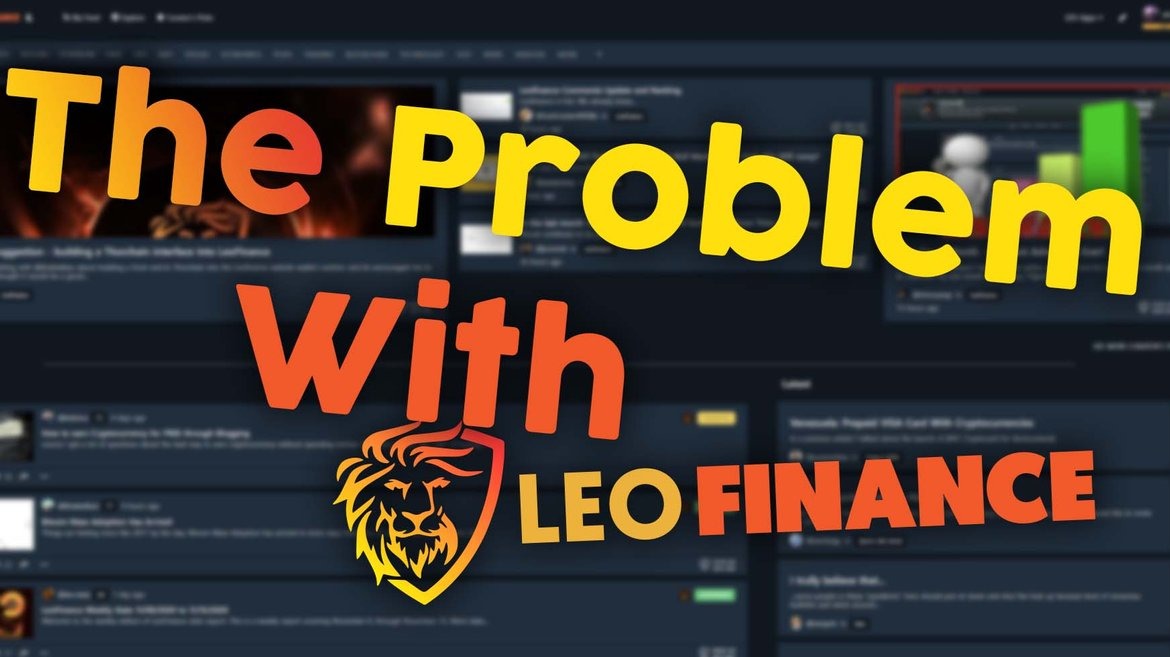 My problem with LeoFinance

First of all, I want to say that I really love each of these communities. And even if I'm not really great for writing finance content I really love what LeoFinance is making.

Most of time it's easier to have a conversation with someone in comments in LeoFinance community than the others. And that is mostly thanks to the work of Leofinance.io and his community. Like the initiative 10 that, from my view was mostly carried by some big accounts like @taskmaster4450, @onealfa.leo and @hitmeasap. Encouraging everyone to comment by upvoting it is a really great thing.

For me, that make feel better when you write your post and you know that people would have more chance to comment than before, even if it is to get rewards, it feels good to receive a great comment with interesting advice, questions or opinions.

For me, this leads to 2 serious problems.

I know that, for the moment, the huge ammount of posts about leofinance is because they are still adding a lot of features and people are making posts to let know the changes to their followers who may not be aware of this changes and I really think this isn't a real problem. In a month the community made a lot of changes like wLeo which came back some days ago.

The problem is there. If you're new to LeoFinance, the easier way to get rewards is to make post about LeoFinance. I saw that with @hitmeasap who made most of his posts about it. And fortunately they are one of the best I read, and now have 3000+LP. And he totally deserves it, the posts are complete and well wrote. He's active and involved in the life of this community !

But, in this community, it appears that if you're new the best way to earn Leo rewards is to make post about the platform. Otherwise you'll be like me, hitting 5 Leo of rewards for you best post when some get 50+ for copy-paste some stats from exchanges.

Obviously, the big accounts get big rewards even if the subject isn't Leofinance.

Let's take @taskmaster4450 for exemple. This is a huge account, he makes sometimes Leofinance related post but often others juste related with finance. And He totally deserves every votes he gets. Because as said before, this account is also one of the biggest participants in the community. After my last post I received a comment from him. And for sure, he's not making that comment only to get upvotes because i don't think he would have spent time to receive half of my 100% upvote worth 0.003Leo.

I often see posts saying the exact same thing I saw on another post about LeoFinance actuality and for me, this isn't giving any value to the community, this is just a way to earn more. I know that only represents a little fraction of the users and maybe it's just as much as there is on Hive or other DPoS.

You should think that I'm just jealous of these post which have a lot of rewards. And I'll respond you that... Yes probably. Because, even if I don't think I deserve a hundred Leo for my post, that's annoying to see people just showing how much their passive income are big and a lot of people in the comment just saying "Wow, this is a lot" and having upvotes for that.

If you want to join us on Hive and LeoFinance, you can use my referral link and created your free account, to help you I will delete you 25 hp !