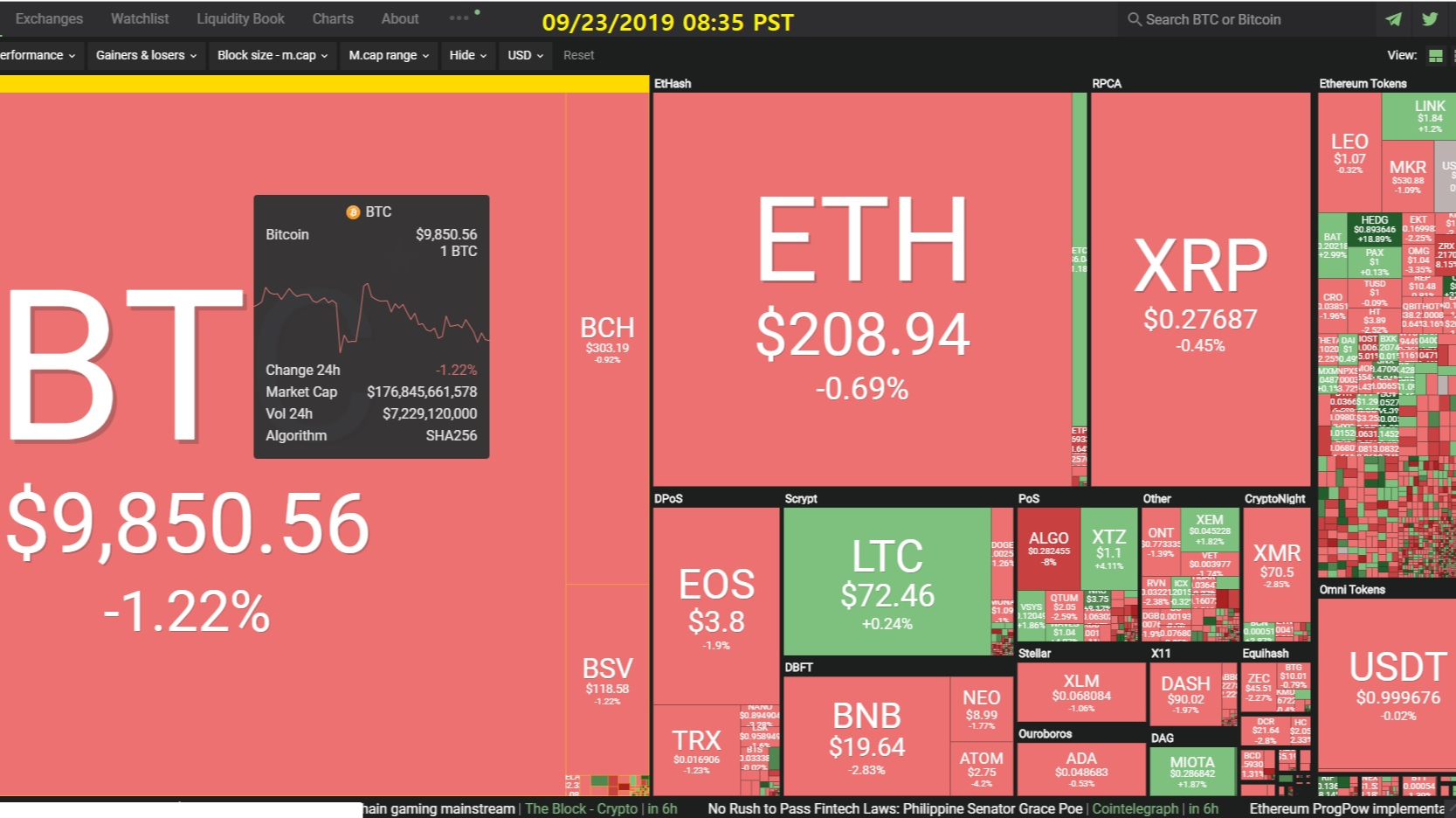 A quick glance over the daily and weekly charts, using BB (Bollinger Bands), RSI (Relative Strength Index) and MACD (Moving Average Convergence-Divergence) can give us a better idea of where the price of Bitcoin is currently at and potential outcomes.

In the 2018 triangle, the mode price sits roughly along the bottom edge, making a right-angled triangle with a deep abyss below.

The key to predicting bitcoin price movements is in the stars… or at least the triangles, according to economist and crypto analyst Alex Krüger. He’s been busy comparing the ‘great bitcoin triangles’ of 2018 and 2019 using volume profiles, and finding a considerably more robust position today.

The most exciting thing about these features is that the contracts will deliver actual Bitcoin.
The company is offering a daily as well as a monthly contract. While the daily contract will be available for investors to buy or sell for 70 days, monthly will be listed for 12 months out, and both can be rolled upon expiration.
This move, “to centralize and create a scalable infrastructure for crypto asset investment” is “a positive step,” said James Putra, head of product strategy at TradeStation Crypto.

Bakkt entry to the Bitcoin market has not been a big-bang event as many might have expected! At press time, the Bakkt platform has traded 29 Bitcoin Futures contracts as per the official data with a total traded value over $290,000. According to Bakkt, the first trade execution took place at a BTC price of $10,115 after which Bitcoin slipped to $9938 levels, at press time.

What Billions in Fed Repo Injections Reveal About the Promise of Bitcoin [coindesk.com]

Fed officials and bankers dismissed the rare liquidity breakdown as a hiccup stemming from a series of coincidental factors in bond markets and corporate tax payments. It wasn’t a very comforting explanation, not when other economic warning signs are flashing, too: $17 trillion in bonds worldwide showing negative yields; a worsening U.S.-China trade war; and manufacturing indicators signaling an impending global recession.

Binance.US Announces Five New Cryptocurrencies That Will Soon Be Available for Trading [u.today]

Initially, the exchange announced that it would list Bitcoin, top altcoins (Ethereum, Ripple’s XRP, Bitcoin Cash, Litecoin), and Tether USDT. It later confirmed that Binance Coin would also land on the newly launched platform.
Binance.US is expected to start trading during the next 24 hours.

Bitcoin Is Among The Top 30 Largest World Currencies, Despite Being Down 50% From ATH [cryptopotato.com]

Bitcoin is becoming a force to be reckoned with in the global currency market as it’s already a part of the top 30 currencies. This sounds even more impressive when we take into consideration the fact that Bitcoin has only been around for a decade and it’s currently 50% down from its all-time high.

According to one analyst, the Bitcoin (BTC) price is entering “bear” territory.
This may seem crazy, especially considering that the leading cryptocurrency is still some three times higher than it was during December’s harrowing bottom, but there is technical analysis-based evidence to suggest that BTC is in more of a precarious situation than some think.

The Relevance of Cryptocurrency in Online Gaming [coindoo.com]

Cryptocurrency has taken the center stage of discussion across world economic forums since its inception. Today, thousands of people use various forms of digital currencies to purchase a host of products and services online.
The gambling industry that’s always open to the adoption of newer technology has well-received cryptocurrencies penetrating the iGaming market in rocket speed. Several top casinos allow funding of casino accounts with Bitcoins, Ethereum and other popular forms of the virtual currency.

Bithumb Global, the South Korean based exchange company’s leveraged crypto trading exchange, has announced its plans for accepting users from India.
The trading platform will now onboard Indian customers with a sign-up incentive along with the opportunity for Indian exchanges to become a Bithumb Global partner.

Additionally, the Chinese crypto exchange, Huobi has announced to support the EOS hard forks as well. IDAX has also made a similar announcement regarding the temporary block from depositing or withdrawing EOS funds during the upgrade period.

According to the Financial Times, a leaked document written by Google’s researchers says the company has achieved “quantum supremacy.”,
“A paper by Google’s researchers seen by the FT, that was briefly posted earlier this week on a NASA website before being removed, claimed that their processor was able to perform a calculation in three minutes and 20 seconds that would take today’s most advanced classical computer, known as Summit, approximately 10,000 years.”

Facebook Announces the Currencies Included in the Libra Basket [cryptoglobe.com]

Facebook has revealed the breakdown of global currencies that will back the Libra cryptocurrency and China's yuan will not be among them.
Libra will be largely underpinned by the dollar, with each digital token receiving 50% backing from cash and short-term Treasury bonds from the world's largest economy.

Justin Sun rightfully deserves the title of top crypto celebrity, in the top 15 crypto influencers ranking compiled by WebCelebs. Sun, the co-founder of TRON, knows how to milk social media hype for all its worth. Often ridiculed for his practice of announcing his announcements in advance, and setting multiple overhyped milestones for TRON, Sun still manages to keep his project in the spotlight.