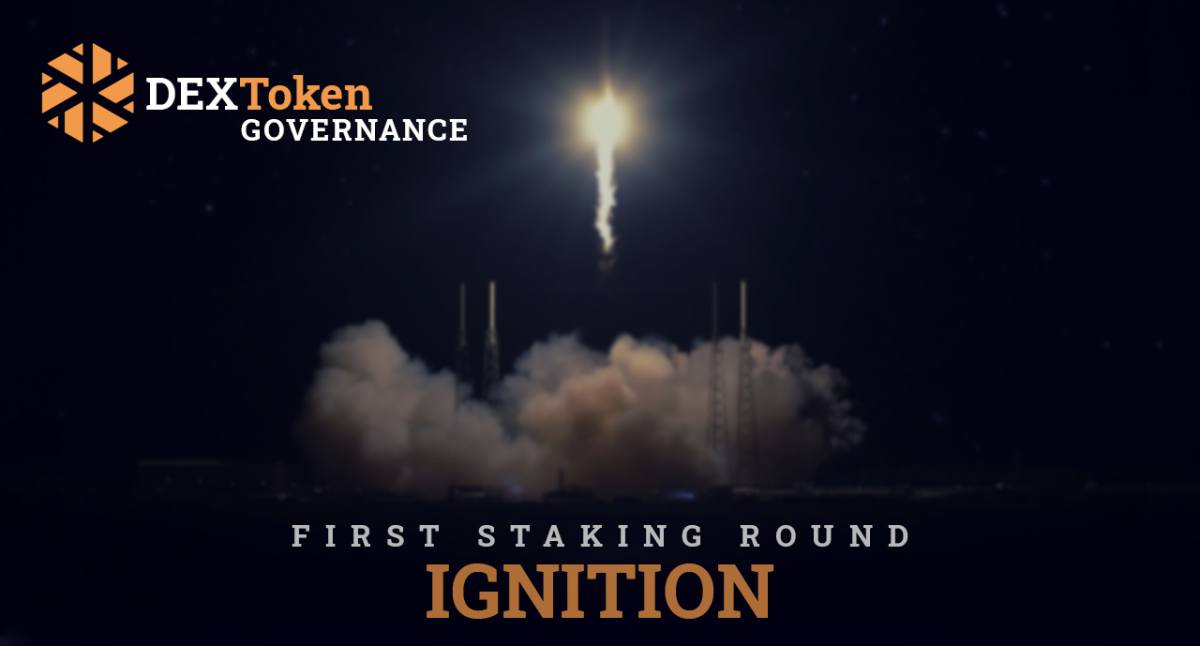 After having shared our DEXToken Whitepaper with the world, we are excited to announce the first round of staking, dubbed the “Ignition” round. Hovering at around $3M the DEXG market cap is respectable for a brand new, barely out of the gate, project but we consider this still low right now. We estimate that after eight staking rounds DEXG will exceed the $40M Marketcap, allowing DEXG to enter the CoinGecko Top 50 DeFi rankings.

To this end we are simultaneously working on a technical roadmap as well as a marketing roadmap, that includes expanding our exposure with new listings, giving our community opportunities to engage with the team, promotions and more.

Using the latest data we have projected the coming staking rounds. The figure below shows the current (2nd September 2020) DEXG Staking structure expectations. Following this simulated model, the final maximum supply after the eight staking round should be 67,000 DEXG.

Of course, our calculations and projections are now in the hands of our community and its participation will define the future of DEXG and its final supply. 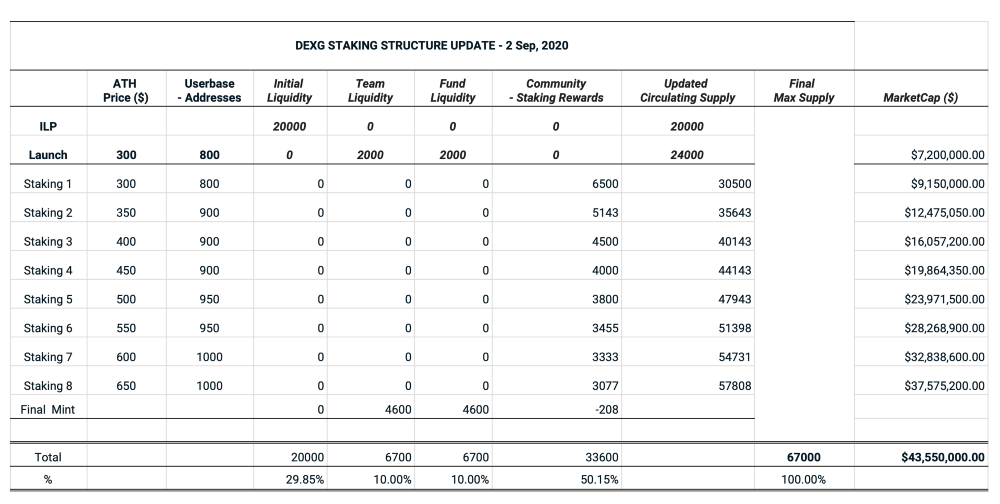 There are several interesting points about the data visible in the table above, compared to the previously shared simulation model.

As mentioned earlier, the staking reward distribution will span over eight rounds, with the first round going live in the second half of September 2020. The amount of distributed tokens in each round cannot be higher than in the previous round.

Every round is unique and we are going to treat them as such. Each one of them is a snapshot of the progress we are making and will serve as a reference while helping us in our marketing efforts.

As each round is unique, so are our marketing strategy and efforts for each round. For the IGNITION staking round, we set a two-week global marketing plan in motion to reach maximum exposure for DEXG. 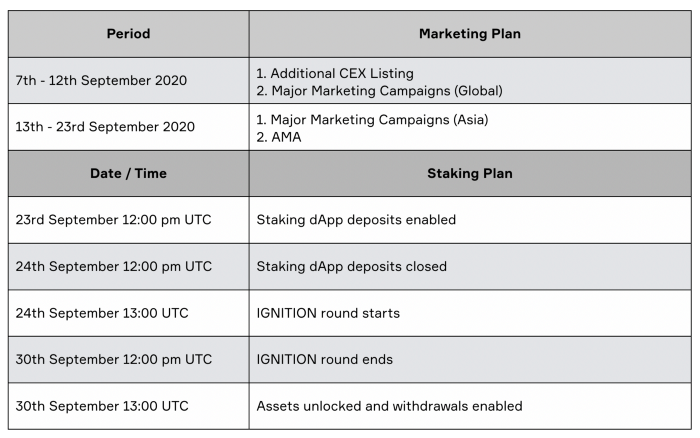 As described on the official website, we estimate that 6,500 Staking Reward Tokens will be released at Round 1. With a stable DEXG price of $300, this equals the market value of $1,950,000.

Assuming that the whole circulating supply (20,000 DEXG) will enter the staking round, a DEXG holder locking up 1% of the current supply (200 DEXG) accordingly gets a staking reward worth $19,500 in the first round.

The Flowchain Foundation Limited disclaims any and all responsibility and liability to any person for any loss or damage whatsoever arising directly or indirectly from (1) reliance on any information contained in this white paper, (2) any error, omission or inaccuracy in any such information, or (3) any action resulting therefrom.

The value of DEXG tokens is currently very volatile. Flowchain Foundation (“Company”) does not have any means of stabilizing the token value, please buy at your own risk. Unlike bank accounts or accounts at some other financial institutions, DEXG are uninsured unless you specifically obtain private insurance to insure them. Thus, in the event of loss or loss of utility value, there is no public insurer or private insurance arranged by Company, to offer recourse to you. Because DEXG are based on the Ethereum protocol, any malfunction, breakdown or abandonment of the Ethereum protocol may have a material adverse effect on the platform or DEXG. Moreover, advances in cryptography, or technical advances such as the development of quantum computing, could present risks to the DEXG and the platform, including the utility of the DEXG for obtaining services, by rendering ineffective the cryptographic consensus mechanism that underpins the Ethereum protocol.

The DEXToken Protocol is building the infrastructure to connect decentralised finance and the internet of things.

The DEXToken Protocol connects decentralised finance and the internet of things, governed by the DEXToken Governance token and powered by our scientifically researched AMM - https://dextoken.io/ 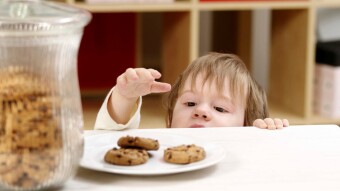 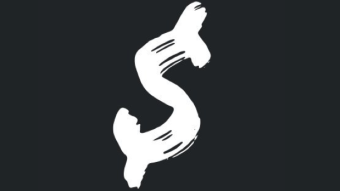 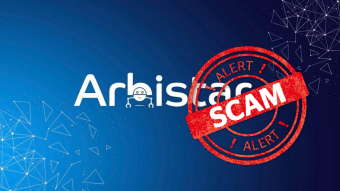 Crypto Arbitrage is not a good asset for MLM. Let's find out why