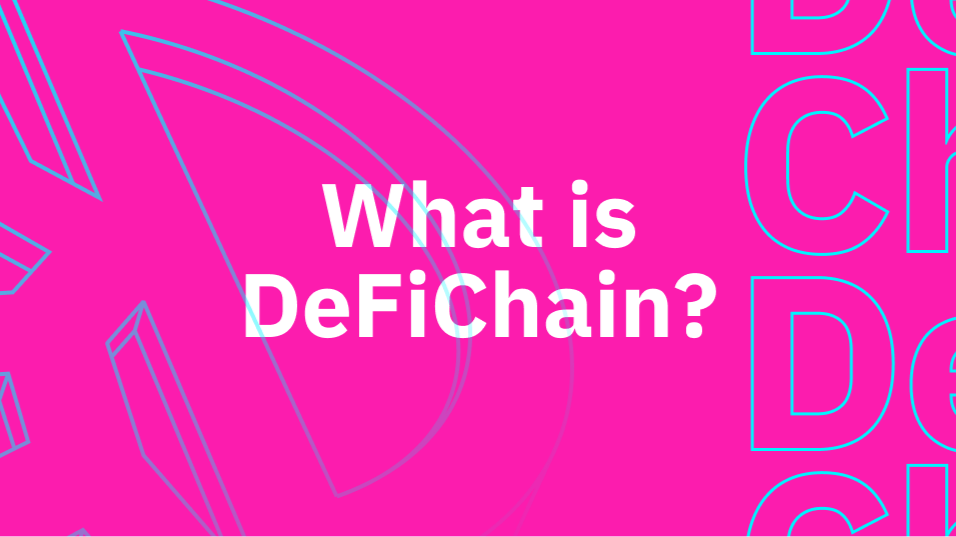 Strap in folks, this will be a multi-part series where I will share what I believe to be one of the most promising and relatively unknown DeFi projects yet.

So first, let's start off with the basics, what is DeFiChain and why do I think there's a huge potential here?

Like UniSwap, Cake, and other Decentralized Finance platforms, the DeFiChain is made for investors who are looking to make their cryptocurrency work just like any other form of capital, including getting a return on their investment (more on liquidity mining later). The DFI token, based on the DeFiChain, was forked from Bitcoin and the mainnet went live in May 2020. That is to say that it has the both the strength of Bitcoin's security, because it was forked from the same code, and the upside of being a proof-of-stake token with low fees and fast transaction times.

Most importantly, within the span of less than a year, DFI has gone up 2400% (as of the time of writing this) and looks to be on the cusp of another breakout. 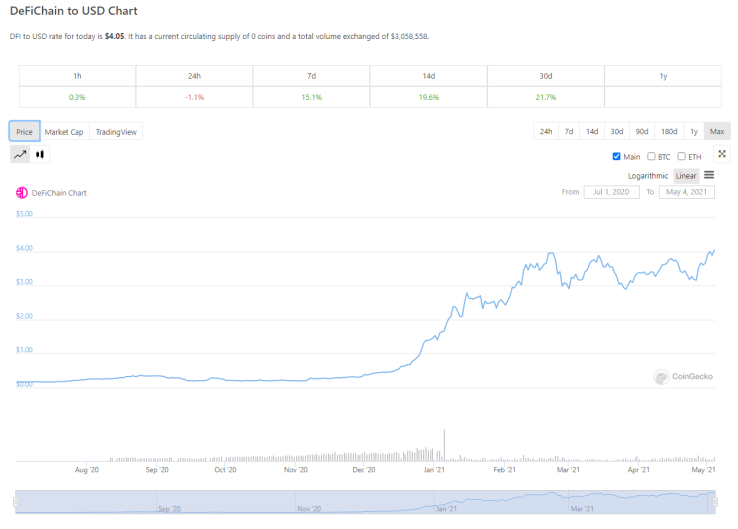 From a fundamental perspective, I can see that it has an extremely active team churning out quarterly transparency reports, robust LONG term roadmap of 10 years, engaged community of followers, and is already listed on a few exchanges (most notably KuCoin and Bittrex).

I'll end this post off by saying that Cake Defi is having a promotion for joining their pool and you can get free $30 worth of 6-month locked DFI (which will be earning interest too) by using my referral link here and depositing $50 or more. Because of a recent $400 million DFI burn on Cake, the APY of staking DFI has increased to around 95% (as of the time of writing) and is expected to normalize back to the 37% APY before the burn gradually, so don't miss out the chance of a lifetime!

Full Disclosure: I have more than a quarter of my crypto portfolio staked in Liquidity Mining and DFI-Staking with Cake, which is producing an average of around 105% APY return.

Everything there is to know about DFI token, Liquidity Mining and Staking!