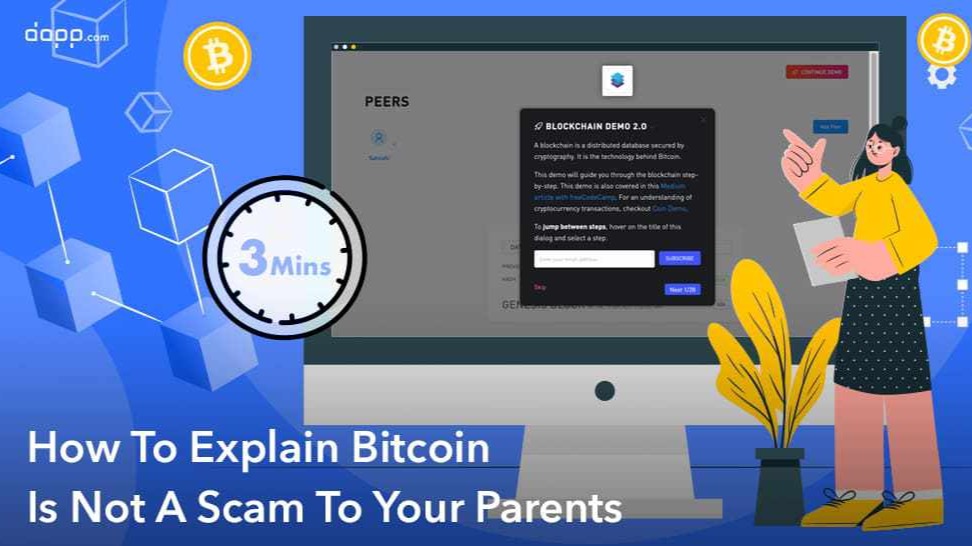 There are a lot of moments when you need to explain what Bitcoin is, or what blockchain is.

Me: “No! It’s a trustless, fair digital currency issued without a central authority.”

Me: “It’s a digital currency you could mine with your GPU.”

Me: “Like Satoshi Nakamoto, the creator of Bitcoin, once said ‘If you don't believe it or don't get it, I don't have the time to try to convince you, sorry.”

But this time you could do better. Learning and explaining Blockchain, the technology behind Bitcoin, could be easy, fun, and interactive.

The cool thing is, you could actually interact with the blockchain in this App to understand how the system works.

For Example, How Is Blockchain Immutable?

When you add more “Peers” (Nodes) and connect them to the mainnet, you will found that every peer has the same ledger - the data, hash, timestamps, etc. are exactly the same for every peer.

What if Katrina, one of the peers (nodes) changed the data on one of the blocks?

You could key in the data store in each block and add a subsequent block to it. Here in Block #2, the data “John gave 10 BTC to Annie” is stored and in block #3, it stored “John has 80 BTC left.” Block #3 has also recorded the previous hash in block #2.

This is cool and fun!

You could also explore some of the key events such as block mining, 51% attacks, etc. in the Blockchain Demo App.