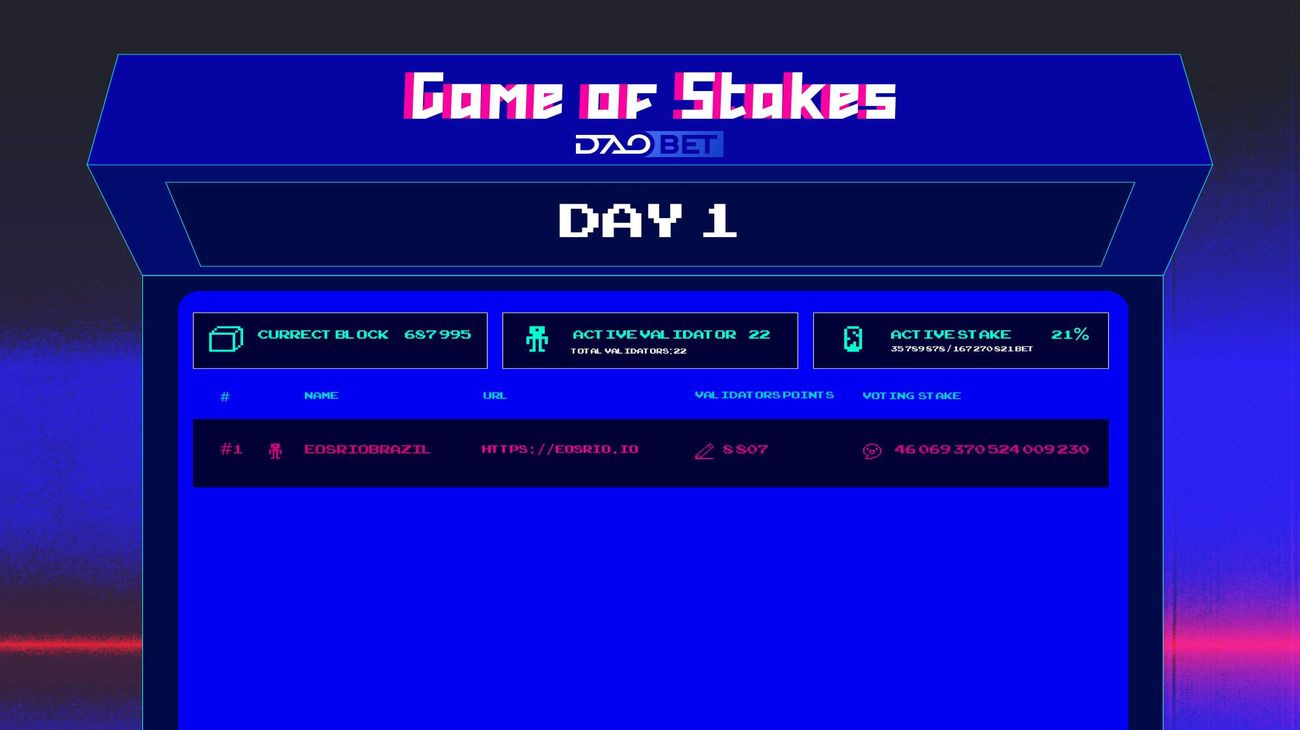 It Has Begun! First Day Summary

The long-anticipated Game Of Stakes from DAOBet was launched live on September 30 at 15 GMT. Just 3 hours after launch, the network was activated for validation immediately after the long-awaited 16th participant had joined and activated the 16% stake.

Since the official launch of Game Of Stakes:

There are currently 22 validators operating on the network with more expected to join in the coming days as the game enters its heated phase.

An Airdrop was also held during the day and each validator received an additional 5,000 BET.

In addition, the benchmarkeos contract, which is currently inactive, was anonymously deployed into the network. We will monitor its status as the game progresses.

Currently, 3 participants are leading the game in the rating:

The given results are merely preliminary, as many participants are still joining the game, and those who joined a bit later are already catching up with the leaders.

Stay with us, and do not forget to vote for each other and claim rewards!

Important update and reminder for all participants:
We urge all participants currently using the GoS v0.1 node version to update the software. Instructions on how to do it can be found at: https://github.com/DaoCasino/Game-of-Stakes/blob/master/run-producer/README.md#update-node

Hurry to collaborate to achieve network connectivity. A huge network benchmark will be achieved real soon!

Do not forget that you can still join Game Of Stakes and lay claim to the prizes!

The steps needed to start: