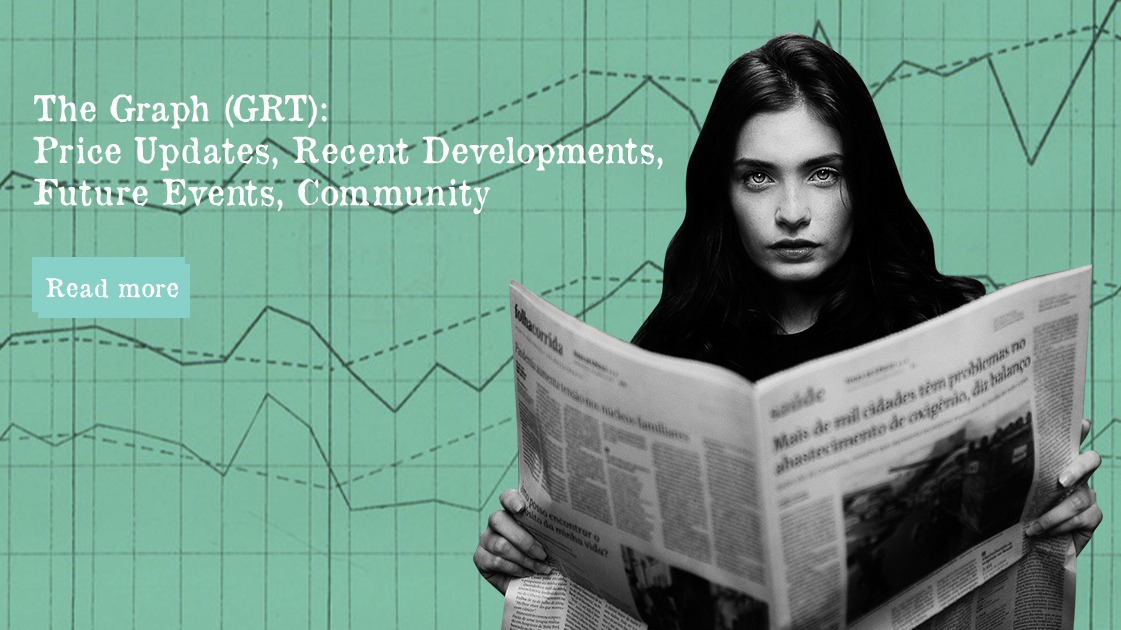 The protocol enables the storage of collected and analyzed blockchain data into subgraphs, which helps to increase efficiency for developers working on their decentralized applications (dApps).

Since its launch on the Ethereum blockchain, The Graph has come a long way, launching its mainnet in December 2020. So, how has The Graph performed in recent times?

The Graph (GRT) is currently experiencing a significant downtrend after a strong period of recovery. After rising by more than 40% in 30 days, the GRT coin is currently retracing. 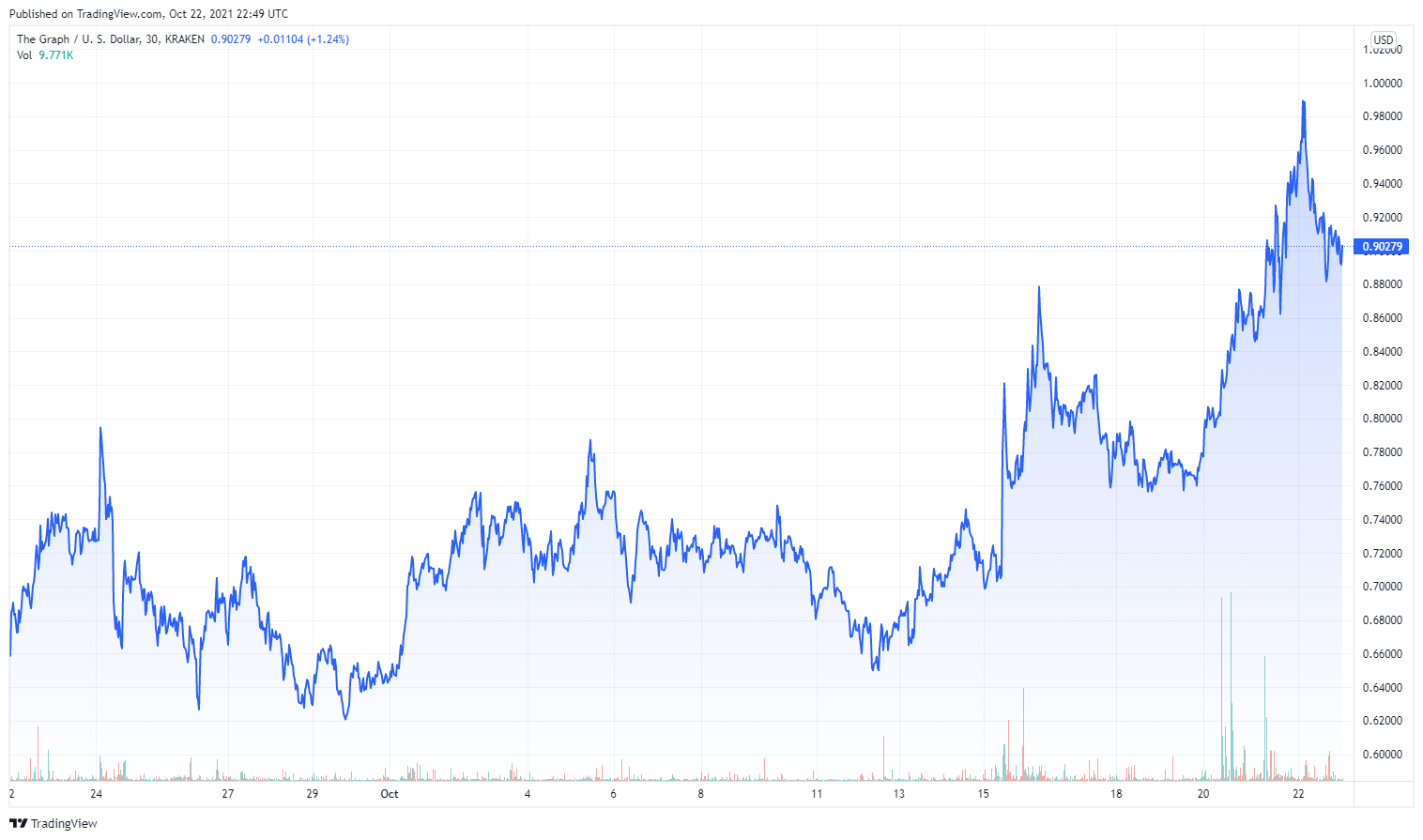 The 30 day price chart for The Graph (GRT). Source: Tradingview

The bearish momentum has seen GRT lose more than 5% of its value over the last 24 hours. As a result, GRT is currently trading at $0.90279, at the time of writing, from its monthly high of $0.9896. The Graph is ranked as the 43rd largest crypto, with a market capitalization of $4.19 billion.

While the native token of The Graph is experiencing a potent downswing, the project has continued to advance its developments. Keeping up with recent trends in the crypto space, The Graph has increased its support for Web 3.0, and has even ventured into the exploding NFT space.

By combining Web 3.0 protocols, developers can now build dApps with powerful new features on The Graph. To build on this momentum, The Graph Foundation allocated over $1.5 million more to its Wave3 grant project on October 14th. Waves 1 and 2 have so far allocated over $7.5 million to different projects.

The $1.5 million of Wave3 grant will be committed into fleshing out The Graph protocol, building dApps, and growing the community. The Wave3 grant has allocated $335k to community building, $230k to dApps and subgraph projects, $99k to tooling, and $98k to projects.

As the popularity of The Graph increases, Huobi has announced GRT to Crypto Conversion. Users can now directly trade the GRT coin against USDT on Convert, or buy GRT with their RUB/UAH/KZT/BRL balance.

On October 19th, The Graph announced its integration into the Moonriver network, further expanding its reach into the Polkadot ecosystem. Moonriver is a layer 1 Ethereum-compatible parachain that is connected to the Kusama network. The integration of The Graph into Moonriver will enable developers to build, publish and use subgraphs in a Kusama-based environment.

Earlier this year, the Graph protocol announced integration onto Moonbeam (GLMR). According to The Graph’s developers, increasing compatibility with the indexing protocol was “one of the most commonly requested integrations in the Moonriver community.”

The Graph has also begun supporting Arweave in October. Arweave is a leading decentralized protocol that allows users to permanently and sustainably store data with a one-time upfront fee.

By integrating The Graph’s technology, Arweave will access indexed data from open APIs powered by The Graph, called subgraphs. These subgraphs will read data stored on the Arweave protocol, allowing for quicker and more efficient access.

The Graph is a community-driven protocol that is not reliant on a single organization or team. Funds for projects on the network are raised by community members, strategic VCs, and influential individuals in the blockchain community.

Staying true to its title as a community-driven project, The Graph is one of the few projects with Town Halls. Members of the community can join these town halls for meetings, discussions, and updates on the network.

The technology behind The Graph has endeared people to the project. Members of the community are great believers in what the project stands for. One user, @K484L, wrote this about the project;

@CroissantEth, or the writer of crypto threads, shared his thoughts about The Graph;

DeFi enthusiast and GRT holder, @iMBitcoinB, remains bullish about the rest of the year. He tweeted;

@clintonbembryjr saw the potential of The Graph before most when he wrote;

The Graph is an emerging project that has shown promising prospects. The Graph is especially useful for developers who, like Clinton Bembry, have praised its outstanding technology. As the demand for query services increases, the Graph looks on course to proffer decentralized solutions to developers.