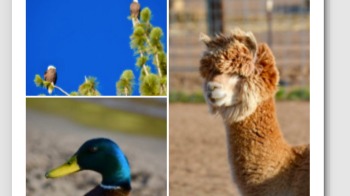 Why is it thought incredible by any of you that God raises the dead? - Daily Bible Reading: Tuesday, May 3, 2022

1Agrippa said to Paul, "You have permission to speak for yourself." Then Paul stretched out his hand and began to defend himself:

2I consider myself fortunate that it is before you, King Agrippa, I am to make my defense today against all the accusations of the Jews, 3because you are especially familiar with all the customs and controversies of the Jews; therefore I beg of you to listen to me patiently.

4All the Jews know my way of life from my youth, a life spent from the beginning among my own people and in Jerusalem. 5They have known for a long time, if they are willing to testify, that I have belonged to the strictest sect of our religion and lived as a Pharisee. 6And now I stand here on trial on account of my hope in the promise made by God to our ancestors, 7a promise that our twelve tribes hope to attain, as they earnestly worship day and night. It is for this hope, your Excellency, that I am accused by Jews! 8Why is it thought incredible by any of you that God raises the dead?

1Meanwhile Saul, still breathing threats and murder against the disciples of the Lord, went to the high priest 2and asked him for letters to the synagogues at Damascus, so that if he found any who belonged to the Way, men or women, he might bring them bound to Jerusalem. 3Now as he was going along and approaching Damascus, suddenly a light from heaven flashed around him. 4He fell to the ground and heard a voice saying to him, "Saul, Saul, why do you persecute me?" 5He asked, "Who are you, Lord?" The reply came, "I am Jesus, whom you are persecuting. 6But get up and enter the city, and you will be told what you are to do." 7The men who were traveling with him stood speechless because they heard the voice but saw no one. 8Saul got up from the ground, and though his eyes were open, he could see nothing; so they led him by the hand and brought him into Damascus. 9For three days he was without sight, and neither ate nor drank.

10Now there was a disciple in Damascus named Ananias. The Lord said to him in a vision, "Ananias." He answered, "Here I am, Lord." 11The Lord said to him, "Get up and go to the street called Straight, and at the house of Judas look for a man of Tarsus named Saul. At this moment he is praying, 12and he has seen in a vision a man named Ananias come in and lay his hands on him so that he might regain his sight." 13But Ananias answered, "Lord, I have heard from many about this man, how much evil he has done to your saints in Jerusalem; 14and here he has authority from the chief priests to bind all who invoke your name." 15But the Lord said to him, "Go, for he is an instrument whom I have chosen to bring my name before Gentiles and kings and before the people of Israel; 16I myself will show him how much he must suffer for the sake of my name." 17So Ananias went and entered the house. He laid his hands on Saul and said, "Brother Saul, the Lord Jesus, who appeared to you on your way here, has sent me so that you may regain your sight and be filled with the Holy Spirit." 18And immediately something like scales fell from his eyes, and his sight was restored. Then he got up and was baptized, 19and after taking some food, he regained his strength.

For several days he was with the disciples in Damascus, 20and immediately he began to proclaim Jesus in the synagogues, saying, "He is the Son of God."