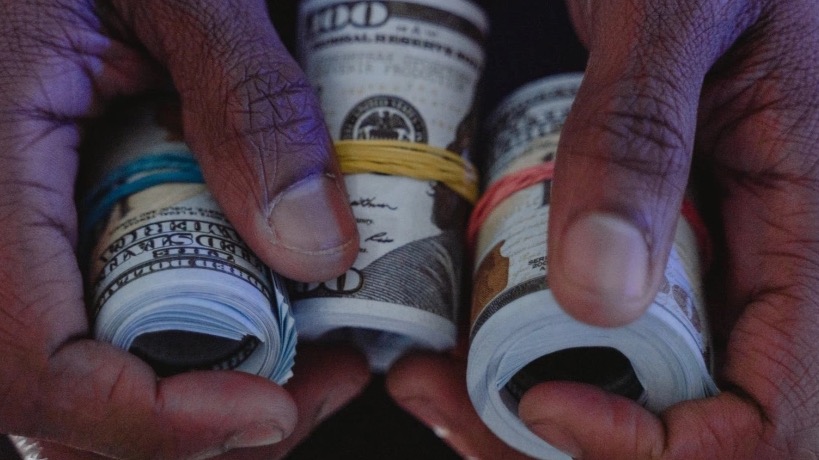 The age old mantra "Hard work always pays off" isn't necessarily true in my opinion. Hard work pays off if you're the person at the top and have people working hard for you. In this age we now live in with the abysmal savings rates that banks provide on savings accounts, we are forced to get creative and assume more risk to generate a high rate of return on our hard earned savings. The stock market is evidence that investors have embraced higher risk as it has boomed since it crashed at the beginning of the Covid-19 pandemic. Governments around the world raced to shore up their faltering economies by injecting massive amounts of fiscal stimulus which has led to the looming specter of runaway inflation lurking in the shadows. This threat of inflation helped start the current boom in Bitcoin and multiple other cryptocurrencies that have recently experienced all time highs as cryptocurrencies are seen as an inflation hedge.

Currently in the US, most major banks savings account interest rates are below the current inflation rate which means you are actually losing money by holding money in a bank savings account. Obviously this is a broken system which has led to the stock market boom and other sectors like real estate to explode. The dream of many is to earn enough passive income on investments to retire comfortably and maybe sit on the beach while sipping on ice cold margaritas. Traditionally the smart and rich pursued this dream by diligently investing in growth stocks, dividend stocks or real estate. It's a tried and tested strategy and it works if you start early and invest at the right time and stick to your plan.

Cryptocurrency has now become a new frontier for investors to earn a passive income on their cryptocurrency investments. Below I'll go through the different avenues to explore for investors willing to assume higher risk and earn returns astronomically higher than what a bank savings account will yield.

Staking in cryptocurrencies in pretty straight forward, you earn more cryptocurrency depending on how much you have to start with in the first place. Similar to receiving dividends on stocks, you receive more of the same cryptocurrency as a reward for securing the blockchain through a proof of stake consensus. Currently in the cryptoverse there are numerous cryptocurrencies which have proof of stake. Each staking cryptocurrency has different returns and some are more riskier than others. Currently the most popular cryptocurrencies that offer staking are Cardano, Tezos, Binance coin, Polkadot, Cosmos and in the future once ETH 2.0 is released you'll be able to stake Ethereum. Some exchanges allow staking on their platforms although it is safer to stake coins in their native wallets as it allows an additional layer of security in case the exchange suffers a hack.

These are the most popular coins although there are many more that have a much smaller market cap and therefore carry more risk and sometimes higher percentage returns. Staking cryptocurrencies truly is a passive income as you simply buy the coins, stake them in a wallet and sit back and collect the rewards as they get paid out.

When Bitcoin was first released it utilized a consensus model called Proof of Work. This concept is a little complicated but basically the Bitcoin blockchain is secured by millions of computers around the world crunching numbers through a complicated algorithm that processes blocks every ten minutes. All the transactions that have occurred in the last 10 minutes are packed into the block and one lucky computer that cracks the algorithm gets all the fees along with the current block reward of 6.25 Bitcoin. Passive income can be earned by owning and operating one or many of these computers that continuously crunch the algorithm. The competition amongst these computers or as they more commonly known "Miners" is intense and large mining pools have formed which group thousands of these miners together which share the block reward when a miner in the pool solves a block.

When Bitcoin first appeared in 2009 it was possible to mine large amounts simply using a home computer. Times, along with Bitcoin value have changed and now it is only possible to mine Bitcoin using specialized ASIC machines. To mine Bitcoin the process is simple, you just have to buy an ASIC, join a mining pool and mine away. The reality is however far from easy, getting hold of an ASIC is difficult as rampant demand have made them sold out at almost very retailer. Unless you have access to very cheap electricity it is not profitable as these machines use a huge amount of power to run and the constantly changing difficulty of the Algorithm means you earn less every two weeks as the difficulty is adjusted. The machines are also very loud and require clean, cooled environments with constant monitoring. There is definitely money to be made passively from mining cryptocurrencies but you have to be in the right area and have the time and patience to maintain this business.

Defi is the abbreviation used for Decentralized finance and if I was a banker in the traditional banking world this would keep me up at night as it threatens to revolutionize how we earn interest on savings. DeFi works by users lending out their crypto as collateral to users who want to take out loans. There is no identity used or credit scores which is how traditional non DeFi loans work. Simply put, if you want to take out a loan you put some crypto down as collateral and receive your loan in crypto. The lenders simply deposit cryptocurrencies or stablecoins and receive interest which is paid out at a set rate by the exchange. The interest rates currently are very generous and if you're looking for high passive income returns then this is the place to be. Obviously there is risk associated with DeFi as it's not FDIC insured and as with all cryptocurrency it inherently comes with all the normal risks associated with this space. The most popular DeFi names in the space are Celsius, BlockFi, Nexo and Compound. Another problem facing DeFi right now is the large transaction fees to move stablecoins to these platforms as they are all based on the Ethereum Network which is very congested at the moment, but hopefully in the near future this will be solved.

These are three options available right now for anyone interested in earning passive income from cryptocurrencies. This article is purely for informative purposes only and should not be viewed as investment advice, do so at your own risk.

Been involved in the cryptocurrency space since 2016. I’m very passionate about this evolving tech and enjoy writing about it.

General opinions and views on current and future events occurring in the Cryptocurrency space.