I just don't buy every crypto related opinion or analysis 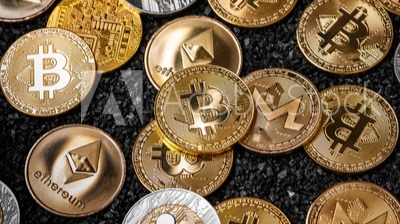 I just don't buy every crypto related opinion or analysis

I am writing this article to show you that there are many different opinions/analysis on crypto market that haven’t been necessarily true.

One good example could be the infamous statement of John Mcafee on 1,000,000 USD Bitcoin which earned him 10,000 followers on Twitter in 1 day.

1) At the beginning of 2018, many people believed that Bitcoin was going to end on Dec. 31st 2018 far above 20,000 USD. There were a lot of analysis on that, supporting that fact. Just because of trading analysis of overvalued parabolic pattern, BTC was steadily dropping approaching to 4,000 USD levels at the end of that year.

2) At the beginning of the year 2019, there were a lot of people believing that it was going to be the year of XRP. The opposite became a fact. XRP was the third top 30 crypto with the worst annual yield, with no disrespect those were the numbers but Dash and Stellar were doing even worse.

3) Some people say that they don’t like Bitcoin Cash (BCH) because it’s a fork of Bitcoin and nothing can be better than Bitcoin. Well, it depends how you see it. If you had bought BCH at 110 USD in February and sold in June for 540 USD, you would get 400% profit. Not even BTC did that profit on its record highs last year. Both of them did very good, however the annual performance of BTC was better than of BCH. But BCH climbed to the position Number 4 of its market cap. So I think it was a good year for BCH at the end.

4) When I made a publication about BAT at one BCH powered site, I received one nasty comment of someone who told me: Don’t promote that shitcoin because nothing is better than BCH.

Well, I made 200% profit with BAT in 2 months, so for me it was a totally different story. Perhaps, BAT doesn’t cost 240 USD, but I think in terms of % profits rather than how much each coin costs.

5) Last January there were a lot of forecast and recommendations for the next hot crypto but I haven’t read anywhere that it was going to be Tezos, which smashed the 2019 year with 200% yield, followed by Binance and Huobi Token.

6) A lot of crypto enthusiasts have a false belief when a coin drops over 95% then they should stay away of it it because it's dangerous and volatile!

Well I am going to challenge absolutely everybody who thinks that.

Once I wrote an article about Presearch and someone in one site was telling me that I should be aware that this coin isn’t good because of this and that, etc... He explained me the reason and I respected it but I just believe in Presearch because it's a very good project.

Whatever you can think about PRE, I bought it for 37 USD in November and those 37 USD became 163 USD in less than 2 months; what I can tell you so far none of the top cryptos has given me 340 % profit in the last 7 weeks. While many ERC-20 wallets were plunging back then in November and December, mine was holding (not increasing) the profits because of strong profits generated by PRE which absorbed other losses.

BTW you can join here and earn up to 8 PRE day for your daily browsing activities and 25 PRE per each referral.

7) A firm belief of many people that you cannot talk about bull run if it happened just in 7 days because it’s a very short period.

Well, not exactly, it depends on the time horizon you are trading. Are you hoddling on the long run? Or are you a daily trader or swing trader? For example if I bought Dash for 40 USD and sold it for 56 USD, I would make 40% at that moment if I sold it; then it is irrelevant if Dash dropped over 10% later. But if I continued hoddling it, that 10% drop would be of course relevant for me.

8) Coming back to XRP: The mood of many people returned to pronounced pessimism on that coin. But I am not 100% sure about any opinion on it because if the last year the expectation was so high and the result was opposite; what if the same pattern happened again? What if XRP comes to 1 USD this year or what if to 0.1 USD? I personally don’t dare to make any statement because that coin is a different one, and brings always some surprise.

9) We are married to one affiliation program or one social platform. For example at the beginning, in 2019, I was only recommending Brave search engine and made by referrals and tips around 150 BAT, that would be around 27 USD ATM for the whole year. I didn’t really dedicate that much time to it.

What if I told you that I discovered BravoCoin app where I made 31 USD just in 7 days. BravoCoin is a new app, where we get rewarded by Bravo Coins for doing reviews like in Google Customer Reviews but here we get coins. If you haven’t tried it, ​join here​​​. After your sign up and your first review, both of us will get 10 BravoCoins. I dare to say that and recommend that because I have seen very good result with it.

Or Kick token referral program which has bases of multilevel program. Will it work? I think so because there are already 20 referrals with much less effort than on other sites. You can join here if you want.

10) Parachute token, some people think that this token doesn’t have any practical utility in the real world. I respect any opinion. But if I told you that there were some days when that token had gotten up to 100% profit. You buy the dip and sell expensive. And you can always  exchange it.

11) Hoddle only recognized top cryptos. Some people believe in this too, for example only the top 20.  What if I told you that thanks to the other cryptos (let’s call them the emergent cryptos) such as PRE, my portfolio picked up today an unusual  profit despite the fact that this wasn´t that good day for the top cryptocurrencies. So therefore I keep on hoddling and trading according my composed portfolio method.

12) Another belief: If you weren’t successful at one bid and you bought a coin for 0.05 USD and then the coin plunged to 0.005 USD, then don’t buy it forever; stay away from it forever because it’s risky.

What if I told that this could be also a false belief?

13) It’s a bear market, don’t get into it, it isn’t safe. Well it depends, right now you can see that many cryptos have already hit their lows and passed by its sideway trend. Some people expect another dip, and some expect bull run. What is right and what is wrong? I can’t tell you for 100% sure, do your Technical Analysis (TA) and make your own decision. Recently I started to prefer to do my own choices because they worked out more for me.

14) HEX token. Is it a scam or is it something very profitable? Most of us are divided on this matter. Well in my case someone gave me 50,000 HEX, so I can live with both scenarios because I didn´t pay for it. Nobody can 100% assure you which side HEX would go.

15) I did my TA and the crypto X was going to bull run and it didn’t. Well, what I can tell you is that no TA even done by the best trader is 100% warranty that the coin would go that way. There is always certain probability that the market may go against you. There are strategies to make trading safer but I estimate between 20-30% that it can go the opposite way.

What I wanna tell to all of you is that I chose to be more open minded regarding to cryptos, do your own research on their fundamentals, their TA and even their referral programs.

And I became much more humble regarding to what we call the shitcoins because those ones can bring also unexpected profits. So before we tag some cryptos with this term, think it over because there are always good chances.

If we change our mind, it’s OK as well, because this market evolves extremely fast. And I also think even if I like certain coin or token, I should be willing to accept that there might be others which can give us better profits. So even if I have a crush on my Dash, I haven’t given it my engagement crypto ring yet because I have composed portfolio.

So watch them closely and learn on how to detect new opportunities! 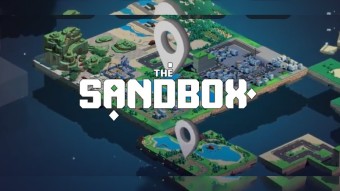 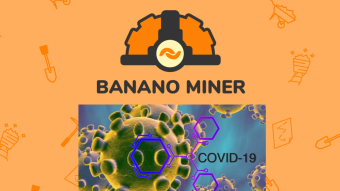 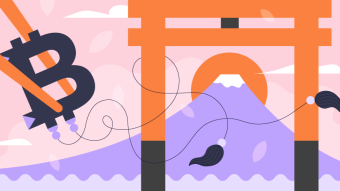 Cryptocurrency in Japan: from Mt.Gox to BCH Survival Challenge