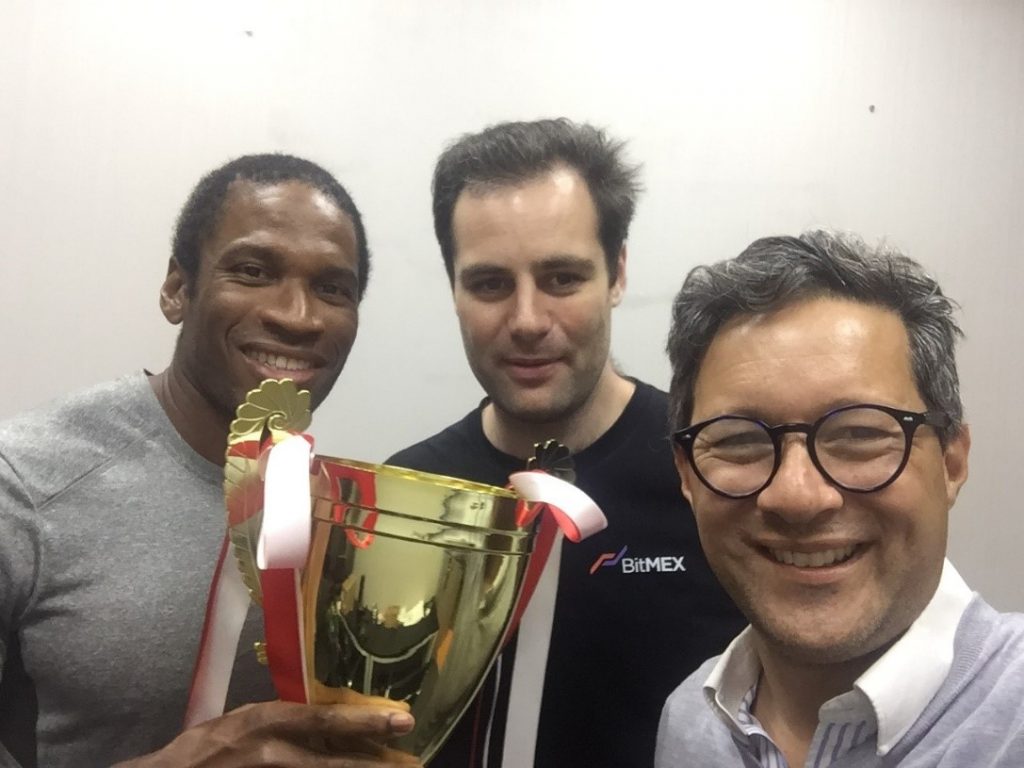 The majority of people within the industry most certainly know Arthur Hayes as the face and founder of BitMex, the non-fiat derivatives based BTC exchange that allows margin trading with up to 100x leverage. However, only a few people really know about the man in the shadows behind BitMex. This is the guy that created the algorithm that has not failed once since BitMex launched. He is the sole reason as to why BitMex is such an efficient and fluid exchange. Oh...and he is also a BILLIONAIRE - yes BILLIONAIRE! In fact, according to The Sunday Times, he is officially Britains youngest Billionaire!

Who is this guy? 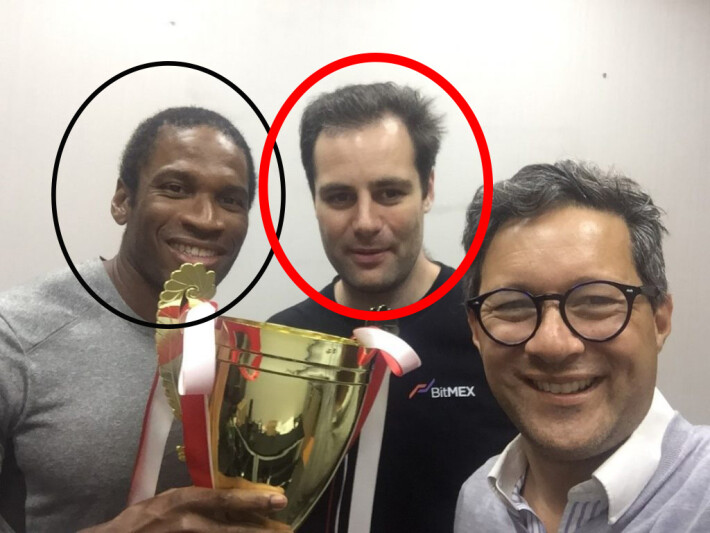 Delo is circled in red in the picture above. Hayes is to his left, circled in black.

Delo prefers to stay behind the scenes which is why you don’t often see or hear too much from him. However, he is not averse to doing interviews as is not trying to remain anonymous. Born into a family of scientists, it was destined for Delo to attend Oxford University. He came out of the prestigious University with a first-class degree in Computer Science - something that would certainly help him in becoming extremely competent in building execution algorithms.

Whilst Hayes focused on professional and financial success, Delo focused more on the technology behind BitMex. Hayes would bring awareness to the BitMex platform drawing upon his experience earned from attending Wharton and his 5 years in investment banking. Hayes would onboard customers by selling BitMex as a product to retail traders or “Bloomberg Traders” as he describes. Once the customers were on-boarded, it was Delo’s technology that kept them returning.

During the launch of BitMex, Delo was adamant that this should be a BTC only exchange - completely outcasting any FIAT currency of any sort. This was to help battle against strict compliance laws regarding KYC and AML. At BitMex, you simply need to deposit your BTC and you are good to start trading! Although they do not accept US-based customers, BitMex is open to the rest of the world.

Delo has added to the 200+ Billionaire members of Bill & Melinda Gates and Warren Buffets charity foundation. The Giving Pledge is a philanthropic movement in which billionaires vow to give the majority of their wealth away to certain causes. The charity includes pledges from the likes of Richard Branson, Elon Musk and David Rockefeller - all pledging to give away their wealth to good causes.

Delo’s pledge is focused on charitable causes such as nuclear security and extreme climate change in the hopes to create sustainability for future generations. Delo stated’

“I’ve chosen this focus for several reasons. In short, I believe that all lives are valuable, including those of future generations. I expect that a vast and extraordinary future lies ahead if we can navigate the challenges and opportunities posed by new technologies in the upcoming century.”

Many people may not know Delo but his contributions toward BitMex have been just as important as Arthur Hayes contributions. His success has now allowed him to join the Billionaire ranks as he pledges to donate the majority of his wealth to charitable causes before he dies.