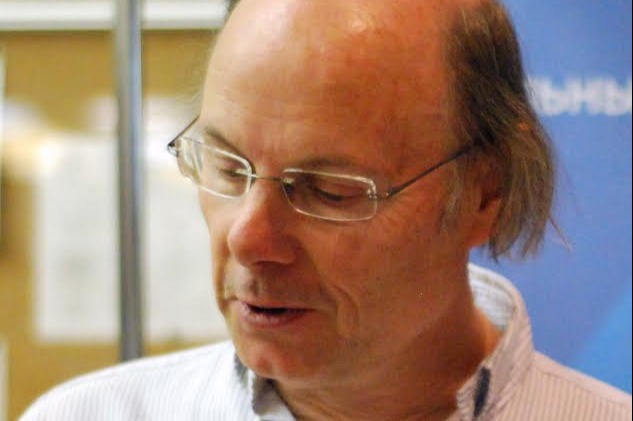 What C++ Creator, Bjarne Stroustrup and Satoshi Nakamoto Have in Common

In his Artificial intelligence (AI) Podcast, Lex Fridman recently interviewed C++ creator, Bjarne Stroustrup. Fridman teaches courses on deep learning at MIT. From Fridman’s website, “The Artificial Intelligence (AI) podcast is a series of accessible, big-picture conversations at MIT and beyond about science, technology, and the nature of intelligence.”

Bjarne Stroustrup is a Danish computer scientist and works as a Managing Director for Morgan Stanley. He received his PhD from Cambridge University and began developing C++ 40 years ago.

The nearly two-hour long podcast covered multiple topics including the benefits of learning multiple computer languages, efficiency in C++, and different key features and concepts of this multi-paradigm language.

Around point 23:30 in the podcast host Fridman mentioned, “But there’s also a large userbase behind each of these languages, and they use it in a way sometimes maybe it wasn’t really designed for.”

Stroustrup replied, “When you build a tool you do not know how it’s going to be used, you try to improve the tool by looking at how it’s being used… But really you have no control over how something is used. So, I’m very happy and proud of some of the things C++ is being used at and some other things I wish people wouldn’t do. Bitcoin mining being my favorite example. It uses as much energy as Switzerland and mostly serves criminals.”

Stroustrup is not particularly fond of the current energy consumption that Bitcoin mining takes, and he mentioned this because C++ was Satoshi Nakamoto’s language of choice when writing the Bitcoin source code. Stroustrup’s calm interview demeanor and broad-minded approach make it apparent that he could probably sympathize with Satoshi Nakamoto wherever he is today.

When Satoshi wrote bitcoin, he didn’t necessarily foresee the arms race that resulted in the creation of ASIC mining rigs. In fact, in the original Bitcoin whitepaper, which is only nine pages long, Satoshi mentioned the term CPU a total of 10 times. The current energy consumption that Bitcoin requires would be much less if mining was done as Satoshi had intended. Even Satoshi was not exempt from the same fate that Stroustrup cautioned against: having no control over how your creation is used in the future.

Satoshi also probably didn’t anticipate the use of Bitcoin among criminals. While it might have been true at one time that Bitcoin was popular with drug dealers, Monero has emerged as the cryptocurrency of choice among many criminal factions.

There are many activities that humans engage in on a large scale that negatively impact the environment. So, there’s no reasonable justification for specifically singling out Bitcoin mining, particularly when the upside is so transformative. Devoting energy consumption to cryptocurrency mining in order to establish and maintain a peer-to-peer system for financial exchange is a worthy endeavor because that is exactly what is needed to eliminate unnecessary, technologically-irrelevant intermediaries: intermediaries whose day has finally come.