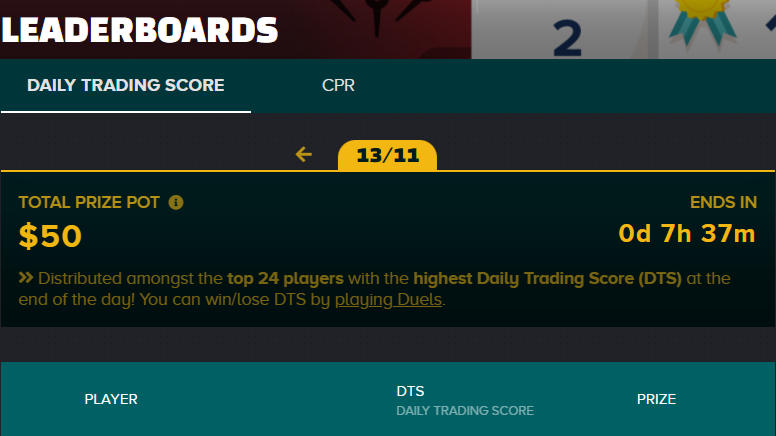 Dear Pickers community, thank you so much for all the feedback you have given us since the release of CryptoPick 2.0 Beta. Based on your feedback, something was clear. We had to change the daily leaderboard rewards from being CPR-based to something else. Both to prevent cheating and to make it fairer for everyone.

Before this update, the daily ETH prizes were distributed to the players with the highest CPR. The two main issues with the CPR system were:

This is why we created a new system to distribute the daily ETH prizes: The DTS system! DTS stands for Daily Trading Score.

This way, cheating becomes impossible, and there is no advantage from playing against your own account. More importantly, it becomes fairer as players who do great will benefit from their trading score even though they might lose against a better player.

CPR (CryptoPick Rating) stays and can fulfill its original purpose even better! Initially, we introduced CPR as a skill level indicator so that players could get an idea of the skill level of another player. In the future, we will use this skill level indicator to match players against players with the same skill level. On top of that, CPR will have other impacts in the future, for example unlocking specific games or impacting the number of Pickies you would earn by winning games (the higher your CPR, the more Pickies you would earn) and more.

You will still win/lose CPR depending on the outcome of a Duel. However, we did update the CPR system to become more appropriate for the long term, meaning players with a high CPR will lose more CPR against players with a low CPR and the other way around.

Let’s see how these changes impact the Leaderboard. We are looking forward to your feedback and will be making more changes soon! If you have any questions concerning CryptoPick’s, future you can submit them using this form. These questions are answered during our live Ask Me Anything sessions.

⚔See you on the trading battleground! ⚔

For more information about CryptoPick AMA Sessions, you can watch our previous AMA on CryptoPick Youtube's channel 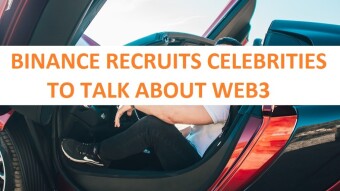 Binance recruit celebrities' to try and increase awareness about Web3