Three Cryptocurrency Books you MUST read. 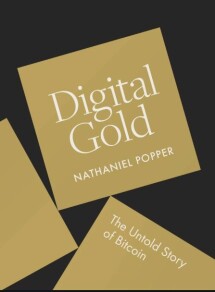 Buy it on Amazon (unfortunately sold out)

maybe the audible version is an alternative

Nathaniel Popper is a journalist for The New York Times covering finance and technology from San Francisco. Digital Gold focuses on the story of Bitcoin in the early days, its very good written and it reads like a novel or a thriller. The author is not attracting the techie crows or the financial investor, this book clearly focus on the people how develop, marketing and spread the word for bitcoin. You´ll come across characters like, Satoshi, Gavin Andresen, Hal Finney, Ross Ulbricht, The Winkelvoss twins etc. Two things stand out from Popper’s narrative. The first is confirmation of how long and tortuous is the road from a technological breakthrough to real-world acceptance. The other is the colossal damage done to the prospects of bitcoin (and indeed of cryptocurrencies generally) by the Silk Road online black market from Ross. Digital Gold represents a thorough job of research. Its picture of the many strange characters who have played seminal roles in the development of Bitcoin is colorful — worth reading for its entertainment value alone. 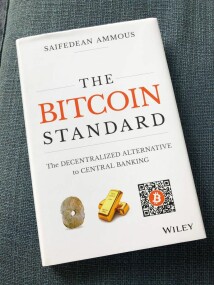 Saifedean Ammous is Assistant Professor of economics at the Adnan Kassar School of Business at Lebanese American University. Ammous is an expert on and proponent of cryptocurrency. First up: This book is not easy to read, it has a very scientific approach. This book is mainly about money in general, it races the history of the technologies of money to seashells, limestones, cattle, salt, beads, metals, and government debt, explaining what gave these technologies their monetary role, what makes for sound money, and the benefits of a sound monetary regime to economic growth, innovation, culture, trade, individual freedom, and international peace and introduce the Austrian Economy. The best part of the book is the last three chapters. On Bitcoin itself, Saifedean clearly knows his subject, and his arguments are generally balanced and nuanced. He sidesteps the "everyone will use Bitcoin" trap, recognizing not only that Bitcoin's illiquidity means that most transactions will inevitably be off chain, but also that there will inevitably be competing applications. He also acknowledges that blockchain cannot solve every business problem.

Buy it on Amazon 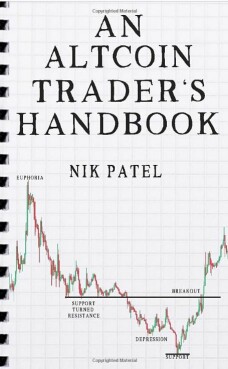 Nik Patel is a full-time trader, investor, writer and advisor in the cryptocurrency space. He has been involved in altcoin speculation since 2013.  The book focuses on maximising the upside potential of capital whilst diminishing downside risks, both of which are possible with speculation on so-called 'microcap' and 'lowcap' altcoins, given the application of proper risk management. Above all, the reader will learn, in exhaustive detail, the three-stage process of research, accumulation and distribution that has been the bedrock of my own success in the space. This book merges almost five years of tragicomic yet insightful anecdotes on the ever-evolving nature of the cryphosphere with a comprehensive strategy for the profitable altcoin speculation.

Buy it on Amazon

What is your favorite book about crypto and why? Please leave a comment and i will update this article.