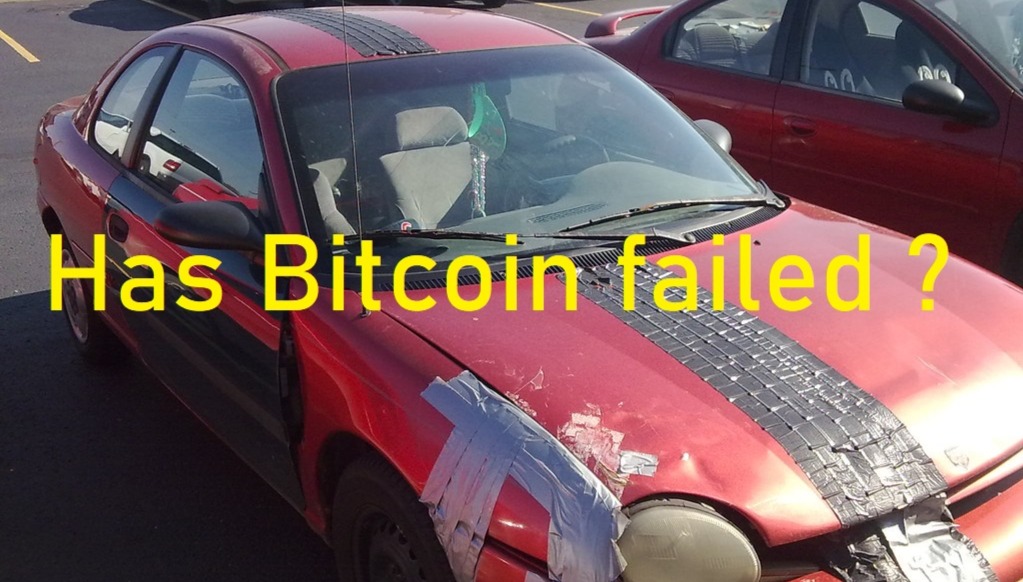 First of all I don’t want to shittalk bitcoin or any other cryptocurrency. Since 2015 I had Bitcoin on my radar and bought my first Bitcoin in november 2017. A lot of the following stuff was already written elsewhere but I want to share my thoughts of the last two years.

A store of value.

Bitcoin was invented as P2P cash system by Craig Wright (nah, just kidding). The whitepaper clearly stated it and never mentioned it as a store of value. So what we need for a cash system? Scalability, and here is one problem of Bitcoin. It doesn´t scale. With 7 transactions per second you cannot build a cashsystem, it is that simple. But the lightning network!! Right now there is only 6 million $ in the LN (capacity) and even that number is shrinking. Besides this low adoption in the LN you have a third counterparty to deal with and it has some technical flaws, recently one guy lost 4 btc due a technical bug. Hence you need a lightning wallet it’s not so easy to onboard nocoiners, most people didn’t grasp a normal btc wallet. So we can say that the lightning network is a technical playground for nerds but the majority of people in crypto never touched it. But back to the store of value argument, it came up as the mempools were full and the transaction fees sky rocked. Instead of saying “We have a serious problem in our system” people came up with the store of value argument and people started writing books about it and put lipstick on the pig with a lot of money theory (Bitcoin standard). But if you just look at the volatility you´ll see that this couldn’t be a store of value. I hate to admit it but even Tether is a better store of value than bitcoin. Only Bitcoins deflationary architecture is an argument for the store of value theory, but the numbers indicate, that people don’t use btc as a store of value or a payment system. They simply don’t use it. There is no adoption and for this reason steam removed btc as a payment option. I see it in my own behavior, why should I spend my btc when the value increases in the future. I don’t want to be the next bitcoin pizza buyer.

I came into crypto because of the traditional banking and money system. I hate these greedy banksters and margintraders who almost crashed the economy in 2008. And what do we do in crypto? Instead of avoid such mechanisms we copy them. Yay, I can short bitcoin with a 100 leverage on bitmex or lending my coins to an exchange for x amount. The bitmex volume is ridiculously high, it is not directly tied to the bitcoin price but has a huge influence. I don’t want to mention all these scammy icos, ah I mean the new term ieos. And because we have no retail in it, we have no adoption. There are some companies like bitpay who started with a good intent but bottom line is, we have a middleman (again) and fees (besides the transaction fees).

I think most arguments regarding die proof of work mechanism are not true. But one thing shouldn’t be dropped: the electric scrap. I recently came across some pictures of an abandoned mining farm in china, and they were so awful. The world is facing a climate crisis and we just create more and more scrap for mining our bitcoin. That is not a good thing in bitcoin.

So what is the solution?

Maybe there is none. People will not starting to pay their daily goods with bitcoin (because of the deflation). Most people don´t care about the technology there just in for mad gains. And even if there in for the technology, what happened in the last years? The only thing in my mind is SegWit (slow clap) but the hashwar in that that time was so annoying.

Maybe the cryptocommunity itself is the best thing bitcoin has done. There are so many smart people outside who are now connected and doing great stuff. Perhaps we should go further and leave bitcoin behind.