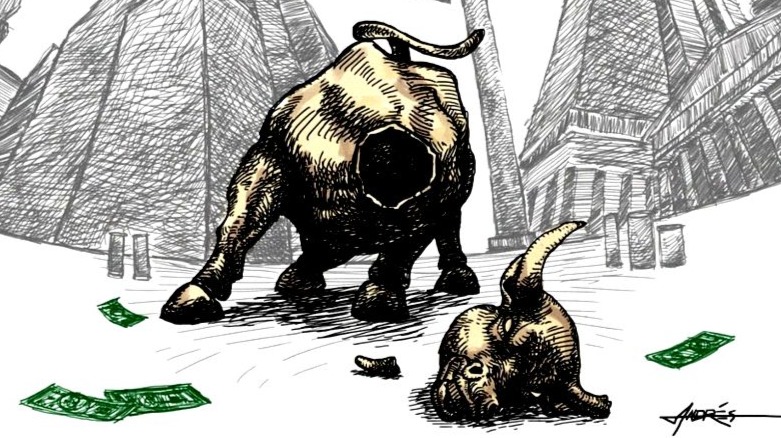 Returning to the end of 2017, I think that no one would have bet on a very little known currency and that it did not represent a safe investment due to its volatility. Bitcoin continues to be a system that could give a solid and real response, which materializes and leads the concept of the sixth paradigm, and which eagerly gives much greater speed to the consolidations of many investors.

But its evolution and real consolidation begins to take for granted that there are many structures that should change or be part of the history that we know. The banking system has no other option if it wants to be part of that transhumanization that will take root with many things, ideas, concepts, ways of life, a whole structure built under the parameters of the second paradigm, the fall of the Berlin Wall.

I have always thought that cryptocurrencies are a solution to our pocket and a way to escape the endless game of inflation and low tolerance towards those who cannot reach that financial target. Beyond representing a new concept of a post-industrial era, it is the creation of a new environment where few are the institutions that have a place if they do not adapt. Traditional banking undoubtedly has a long way to go to make any product that hits the market attractive.

Decentralization is a concept that they must handle very well because something seems like outside of these definitions would not have real support. A critical mass is forming and will soon make the decision to endorse the crypto concept at its finest.

Undoubtedly, from 2009 to 2017, we were marked by an era, a bit uncertain, full of very interesting initiatives but full of hope. 2018 and 2019 were only full of instability and teaching, those who did not learn about cryptos in this period, will not know the essence of this. 2020 already marks a very different line, beyond the third halving, the essence of the currency, its conception and its timely independence and discipline, make it a source of monetary stability above the political.

Central banks and other financial institutions must align themselves to minimize the effects of centralized politicization and build coexistence, if they are to move on to the next evolutionary stage of money.

The record of these institutions is not the best, but without a doubt, they now know very closely the potential that cryptocurrencies represent and their position in history. If you don't pay attention and only focus on centralized currencies, history will take its toll.