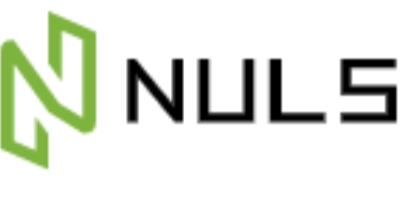 Nuls coin: A proof of credit coin that allows developers to create Dapps on its platform

Nuls coin is a native cryptocurrency of the Nuls platform  created on Nuls blockchain network platform whose transaction takes place from one peer to another without involvement by the government thus is being considered to be a decentralized asset. Nuls coin was mainly created to enable developers to be able to build their Dapp on top of the Nuls mainnet. Developers can also use the coin to enable their their blockchain to communicate with the Nuls mainnet. Using the Nuls coin, developers can transfer assets from other blockchain to be stored in the Nuls blockchain upon being validated by the main masternode which is from the Nuls mainnet.This means that there is nodes from other blockchains being connected to the main masternode at the Nuls network. Because of this, the Nuls coin is also being used to ensure that any asset being transferred by these sub-chain nodes to the main node is legitimate. If they are not legitimate, they will not be validated thus they will not be stored to the Nuls mainet.This further means that anybody can lease their coin to the verified masternode to be used to secure the Nuls network thus in return they will be able to receive reward. The more Nuls coin leased the more the earning by stakers.

To view how the transaction takes place at Nuls blockchain explorer, simply follow the link below;

Nuls  project was launched in 2017 with the main objective of allowing different Dapps to be build on its blockchain as well as allowing other blockchain to interact on the Nuls network.

Nuls coin was created by Jason Zhang with the main objective of becoming a native coin for its blockchain thus allowing developers to be able use it to pay for transaction cost as well as to use it to secure the Nuls Network.

Unlike cryptocurrencies like bitcoin and Ethereum which are released through the mining process using power supply and internet, for Nuls coin, that is not the case . Instead, Nuls coin was created to become a proof of credit coin which is much the same as proof of stake consensus. During its launch, 100 millions coins were issued while the remaining 110 millions coin will be created through staking using  proof-of-credit  consensus at a rate of 5 million every year. The proof of credit consensus is similar to proof of stake consensus. In the staking process, the stakers can stake their coin to a verified masternode who will use them to secure the network as well as to verify the transaction taking place. The stakers will be able to receive reward of up to 14% per anum. This reward will constitute of the transaction cost collected as well as the new 5 million coins minted per year through proof of credit consensus.The more coins you are staking the more reward you will receive from the verified masternode. In order to become a masternode, you need to have at least 20,000 Nuls coin in your wallet as well as you need to have a 24 hour running internet. As a masternode, As a nasternode, you might receive a yellow card alert incase you fail to generate a block due to internet connection thus you will be downgraded as a masternode. At the same time if found trying to attack the network, their Nuls coin will be frozen for a period of 60 days after which they will be discontinued to participate as a masternode to secure the network. Here is how the Nuls staking process looks like;

If you want to start securing the Nuls network as a masternode or to lease your coin to masternode to secure the network, then you can join from below

Currently, 1 Nuls coin is worth more than $0.33 and its price is expected to increase over the next period of time. Nuls coin is being abbreviated as NULS.

Converting my Nuls coin to other cryptocurrencies

Transferring my  Nuls coin to other Users

If you feel that you need to learn more about Nuls coin , then you can follow them on their site. Here is the link redirecting you to Nuls coin platform website

Now that you know, I think that it is time for you to start earning some Nuls by simply staking them so that they can be used to validate transactions on nulls platform. . The more you stake the more  you earn. If you feel that i should also own some Nuls coin for helping you know more about it then here is my Nuls address