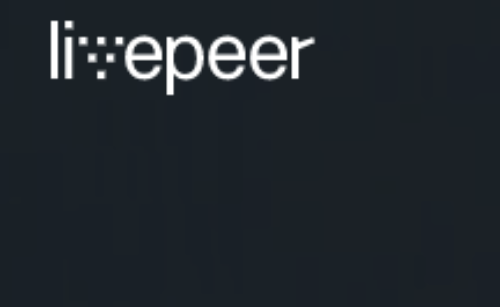 Livepeer: An Ethereum based token that rewards stakers and transcoders for validating live video streaming

Livepeer is a native cryptocurrency created on Ethereum Blockchain network whose transaction takes place from one peer to another without involvement by the government thus is being considered to be a decentralized asset. Livepeer was mainly created to enable broadcasters to be able to reduce the cost of transcoding their live videos to its users. The broadcaster can either be a developer who wants to showcase their live video project or can be a media company who want to stream their live video to a large audience. The broadcaster can also be an independent person who wants to live stream their video content to their supporters. Unlike in centralized live video streaming where the broadcasters pay a lot of fees in order for their video to be transcoded to a different format, for livepeer, that is not the case. The only fees that they will be charged is the gas fees to pay for the network thus their live video will be able to be transcoded to different format. Delegators can bond their livepeer coins for a given period of time to a transcoder who will be responsible for validating the streaming. In return, the transcoder will earn fees as well as will enable new coins to be added to the network when the live streaming has been validated. Upon completion of the bonding period, the delegators will earn their reward on both the new coins generated as well as on the fees earned by transcoders.

Livepeer was created in 2017 with the main objective of allowing live video transcoding through delegation and in return the delegators who delegate their tokens for the transcoding role receive reward when new tokens are being minted.

Livepeer was created by Doug Petkanics who is a US technologist with the main objective of allowing live video transcoding thus in return, the delegators who take part in transcoding by delegating their livepeer tokens receive a reward.

Unlike cryptocurrencies like bitcoin and Ethereum which are a proof-of-work coin thus they are created through the mining process in the presence of internet and power, for Livepeer, that is not the case. Instead, livepeer was created to become a proof-of-stake coin. Transcoders and delegators are the one who are responsible for the staking process. In the staking process, the delegators will assign their tokens to any of the 15 verified transcoders where their coins will be bonded for a given period of time. The transcoders work will be to validate any live streaming video on their node . In return, they will be able to earn the transaction cost paid by the broadcasters as well as they will be able to release new livepeer coin which will be considered as their reward as well. The delegators will be able to receive part of the new coins as well as the fees generated by transcoders based on the amount of livepeer tokens they will have bonded on the transcoder's node. Here is how the staking process looks like;

If you want to participate in the livepeer bonding so that you can also start earning the reward of up to 150% per year, you can follow the staking link below

The maximum supply of Livepeer coin that is expected to be circulating in the Ethereum Network should be 10,000,000. Out of this amount, 1,235,000 were reserved to the founding team and are to be vested for a period of 36 months when the bonding period was started. Another 1.900,000 coins were sold to early investors and are to be vested for a period of 18 months while another 21,300 were issued to advisors. Another 500,000 were reserved for the livepeer company to ensure the longevity of the project. The remaining 6,343,700 are the one which will be released through bonding by the public who wish to take part in the staking program provided that they have bonded their tokens to any of the 15 transcoder nodes for a period of 3-18 months until all the 10,000,000 coins have been released. Here is the image of livepeer coin circulation; 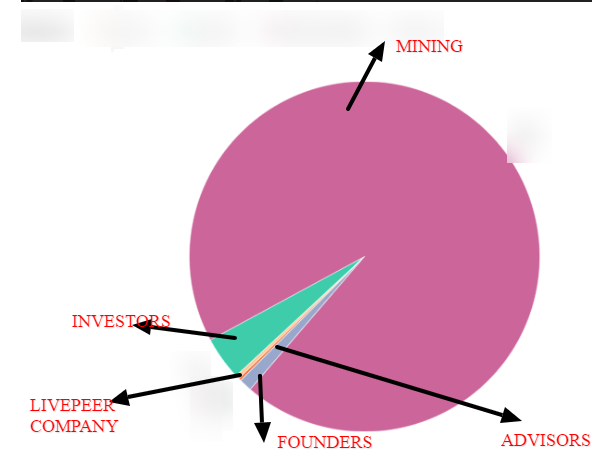 Currently, 1 Livepeer is worth more than $6.0and its price is expected to increase over the next period of time. Livepeer is being abbreviated as LPT.

Converting my Livepeer to other cryptocurrencies

To store your Livepeer token, you need a livepeer wallet that is compatible to ERC-20 TOKEN.. You can either store online or offline. You can use myether wallet or metamask .

Transferring my Livepeer to other Users

If you feel that you need to learn more about Livepeer, then you can follow them on their site. Here is the link redirecting you to Livepeer website  https://livepeer.org/

Now that you know, I think that it is time for you to start earning some Livepeer token by encoding or transcoding your video through livepeer delegation. The more you delegate the more you earn. If you feel that I should also own some Livepeer tokens for helping you to know about it then here is my Livepeer  address compatible to ERC-20 token;