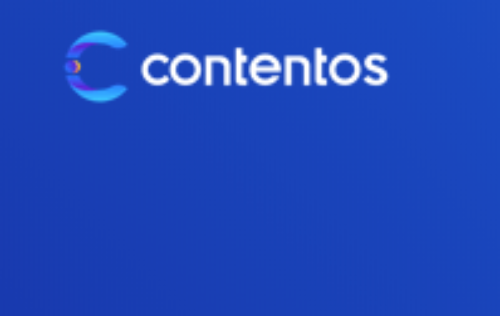 Contentos is a native token created on Binance chain Blockchain network  whose transaction takes place from one peer to another without involvement by the government thus is being considered to be a decentralized asset. Contentos token was first created on the Ethereum blockchain network but was later transferred to binance chain network after being funded by binance lab. Contentos coin was mainly created to enable Video content creators to fully take control of the hard work they put on creating their content. Contentos wanted to prevent Video content creators from losing their revenue to centralized video platform like Youtube and Vimeo. Beside Video content creators, Contentos also value video consumers so much. It also wanted to make sure that video consumers are earning some contentos token by watching other creators videos. At contentos platform, the more content you have the more revenue you will be making and the more users are consuming your video content, the more contentos token you will be making.

Contentos Idea was  created in 2018 while Contentos coin and platform was created in 2019 with the main objective of allowing video content creators from controlling their online work thus being able to maximize their income from the video contents they upload on Contentos platform when other users are consuming them.

Contentos  was created by  Mick (Chang-Chieh) Tsai who is a China based technologist with the main objective of allowing Video content creators to maximize from their content data. Mick didn't want the work of the content creators to be controlled by a centralized video platform like youtube since centralized platforms take away more revenue of content creators without caring on the hard work they put on their work.

Unlike cryptocurrencies like bitcoin and Ethereum which are created as a proof-of-work in the presence of power and internet, For Contentos token, that is not the case. Instead, most of it were released during the launched stage to early supporters. During launch stage, 60% of the contentos token were released. Out of this 60%,  investors and advisors received 30% of it while contentos company and team members received 10% and 15% respectively. Another 5% to community members in form of airdrop for their co-operative activity while the remaining 40% is the one that will be released through the operational reward activity for a period of 12 years . Out of this 40%, certified DAPP developers will be rewarded with 5% for bringing in more users to the platform. The remaining 35% will be distributed through the regular reward activity for a period of 12 years. This 35% represents 3,500,000,000 Contentos coin. On the first year, 0.448% of the token will be released through the reward activity which is watching video. The amount will keep on adding itself by 0.448% until the 12th year is reached. On the 12th year, all the 3.5 million Contentos token will be circulating the contentos ecosystem thus all 10 billion maximum capitalization will be assumed to have been reached.  Here is how the reward Process looks like

The maximum supply of Omisego coin that is expected to be circulating in the Binance chain should be 10,000,000,000 which can be increased if there is demand. All this amount is expected to be in circulation after 12 years.Out of this 10 billion coins, 4 billions were released during the presale stage to investors and advisors while 1 billion to the contentos foundation company. Another 500 million to those community members who co-operate in the ecosystem. The remaining 4 billion coins will be released through mining when users are watching the videos of the content creators until the maximum of 10,000,000,000 is reached. After this, still reward will continue  from the circulating coins.

Currently, 1 Contentos is worth more than $0.02 and its price is expected to increase over the next period of time. Contentos is being abbreviated as COS.

Converting my Contentos to other cryptocurrencies

To store your Contentos, you need a Contentos  wallet compatible to BEP2-binance wallet. You can use Ledger wallet or can store them in a binance.org DEX account.

Transferring my Contentos to other Users

If you feel that you need to learn more about contentos coin, then you can follow them on their site. Here is the link redirecting you to Contentos website

Now that you know, I think that it is time for you to start earning some Contentos by uploading videos and by watching other people's videos. The more you upload and the more your video is watched the more you earn. If you feel that I should also own some Contentos for helping you to know about it then here is my contentos address compatible with BEP2. I have also included my deposit memo